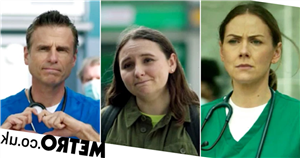 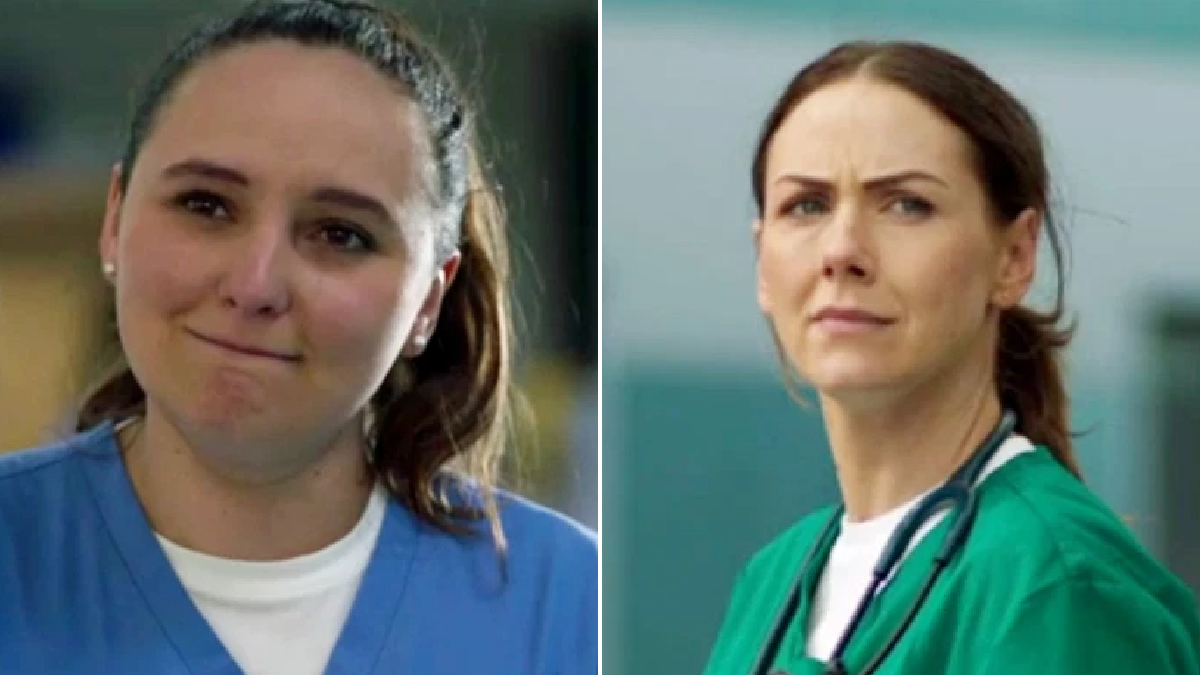 We said a tearful goodbye to nurse Jade Lovall (Gabriella Leon) in tonight’s Casualty as her character bowed out in a bittersweet storyline that saw her reunited with her mother, Susie (Sophie Leigh Stone).

When a coach carrying a group of deaf people crashed, Jade – who is deaf herself – was called on to help with BSL interpretation. One of the victims was Susie. In a previous, groundbreaking episode we saw Jade meet Susie, who’d had Jade taken into care when she was a baby. Susie is also deaf, and that episode explored the reasons why she couldn’t look after Jade herself and the role that Jade’s non-deaf grandmother played.

Apparently since that last meeting Susie and Jade haven’t been in contact, and Jade’s anger with her spilled over into her treatment of another patient, Mrs Coles, whom Jade called a ‘stupid old cow.’ This earned her a telling-off from Charlie (Derek Thompson), but worse was to come. In a routine locker search, Dylan (William Beck) found drugs in Jade’s locker.

These were doubtless planted by Stevie Nash (Elinor Lawless), who has had Jade in her sights since she discovered that Jade felt partly responsible for the accident involving Stevie’s sister. This was immediately reported to head of nursing Madge Britton (who’s taken over the job from Fletch in Holby City). While Jade awaited her fate, it was the dying Mrs Coles – the woman Jade called a ‘stupid cow’ – who helped her to be reconciled with Susie and helped her to realise that her future might not lie in nursing, but in some other job where she could make a difference to people’s lives like Mrs Cole had.

There was a beautifully moving scene where Susie defended her daughter. Susie uses sign language so Jade had to translate for her to Charlie and the others. Speaking Susie’s words, hearing her say ‘despite everything she’s been through, my daughter is the best,’ made Jade cry and by the time Susie said, ‘I really want to be your mum,’ she was sobbing.

So Jade has left the ED, swerving even a suspicion of having to work any notice period because she was suspended already. ‘I think Jade’s finally on the right path,’ Ethan (George Rainsford) said to Stevie as Jade and Susie walked away. ‘Yes,’ said Stevie, giving him a meaningful look. ‘No more distractions.’

This is unfortunate timing for Ethan, as Jade had just persuaded him to reconsider his decision to give up his son Bodhi. ‘If Bodhi doesn’t have you around it’ll hurt for his entire life,’ she told him, speaking from experience. ‘Please don’t do that to your little boy.’

Sue Haasler is the author of five novels and the official BBC Holby City book, which you can read about here.