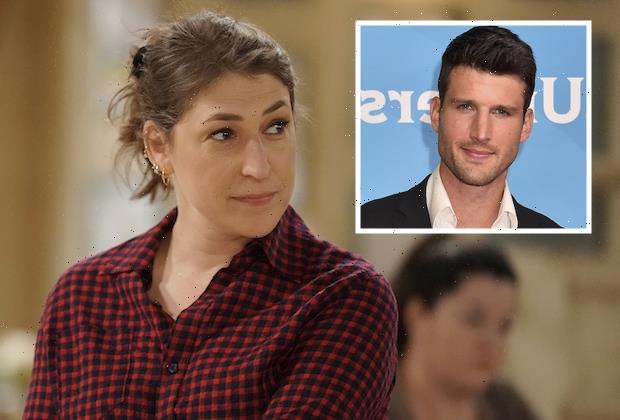 Is Call Me Kat‘s titular café proprietor ready to have a litter of her own?

TVLine can exclusively reveal that Parker Young (United States of Al, Imposters) will guest-star in an upcoming episode of the Mayim Bialik comedy as Brian Anderson, a man that Kat becomes infatuated with on her mission to have a child.

Yes, you read that right. Kat’s contemplating motherhood. “After a few months of traveling the world,” Season 3 (premiering Thursday, Sept. 29 at its new time, 9:30/8:30c) sees Kat return to Louisville “feeling refreshed and ready to ascertain what she wants from life… and whether her future includes a journey to motherhood.”

Young will appear in Episode 4, airing Oct. 20. The gig reunites him with United States of Al co-creator Maria Ferrari, who took over as co-showrunner on the Fox multi-cam (along with fellow Chuck Lorre vet Jim Patterson) ahead of Season 3.

In Kat‘s Season 2 finale, Kat headed to Paris for some much-needed downtime. The episode ended with Kat on a hotel balcony overlooking the Eiffel Tower. Her love interest Max had similarly left Louisville for Nashville, in pursuit of a music career. In Season 3, Max returns from Music City “with cowboy boots and a big ego to go along with them,” according to the official logline.

As previously reported, Bialik will continue to juggle her duties as star of Call Me Kat and sometimes-host of Jeopardy! Meanwhile, fellow Jeopardy! emcee Ken Jennings will appear as himself in Kat‘s Sept. 29 opener.

Are you looking forward to Call Me Kat Season 3? More so now that Young is guest-starring? Hit the comments with your reactions.