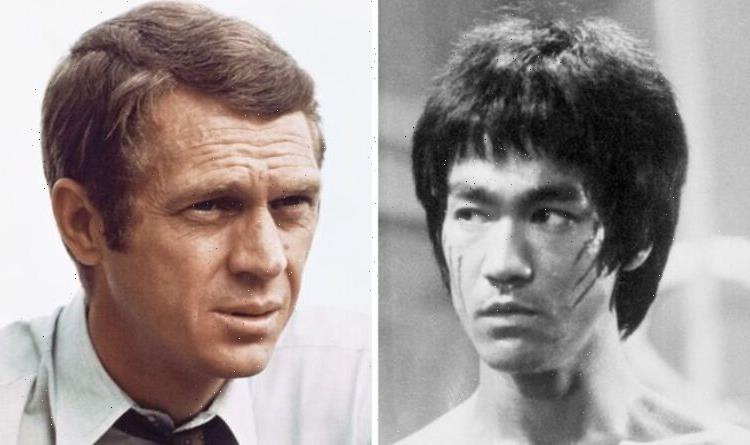 Lee remains among Hollywood’s most mysterious stars, who won widespread acclaim for his acting and martial arts career, before passing away in 1973 at the age of 32. His death is considered by some conspiracy theorists to be suspicious, with claims the star is still in fact alive. But officials say Lee died as a result of swelling of the brain due to an allergic reaction to headache medicine.

The California-born actor’s death came just six days before the release of his iconic film Enter the Dragon, a movie being aired today on 5 Action.

A classic martial arts film, it follows the story of a specialist in the sport who is enlisted by British intelligence to halt an influx of opium and prostitutes coming from an island fortress.

Enter the Dragon is among the best action movies of all time, critics claim, and is often credited with being the original source of interest for video fighting games and the genre as a whole.

But while Lee normally saved most of his fighting for the silver screen, he once had a row with fellow Hollywood titan Steve McQueen, star of films such as The Great Escape.

The pair enjoyed a colourful friendship throughout their lives, first connecting at Lee’s martial arts school he opened in Los Angeles.

McQueen was one of a host of celebrities, including James Coburn, who attended the institution, striking up a friendship with Lee, who had just starred in 1966’s series The Green Hornet.

They bonded as friends over the sport, and according to Author Matthew Polly, author of Bruce Lee: A Life, they had a lot in common.

He wrote: “They really connected because they were the same kind of guy, rough and tumble coming from similar backgrounds.”

In return, McQueen reportedly helped teach Lee some of the most important lessons of acting.

As their relationship developed, so did Lee’s infatuation with McQueen’s Porsche 911S Targa, and soon the star convinced his contemporary to purchase one.

Mr Polly noted in the 2018 book how Lee visited a Hollywood dealership for a test drive in a similar car to McQueen’s, and called his fellow star to say he was “going to get a Porsche like yours”.

McQueen, though, was concerned Lee was taking a risk in purchasing the car, replying: “It’s a hot car, but if you don’t know what you are doing you can get into trouble with this thing.”

To put him off further, McQueen then took Lee out for another ride in his car, which led to the now-infamous row.

McQueen reportedly took Lee up into the winding roads of the San Fernando Valley, before revving up the engine and speeding down the roads of the Santa Monica mountains.

He continued shouting over the deafening engine asking Lee “what do you think of this power” as he navigated the tight corners of the hills.

According to Mr Polly, Lee then hid down in the footwell, shouting: “McQueen, you sonovab***h!… McQueen, I’ll bloody kill you!

McQueen, happy his point had been made, then drove the terrified Lee back to his house, with the martial arts star worried he’d upset his driver.

The hilarious episode finished when Lee added: “Steve, slow down.

“I will never drive with you again, McQueen. Never!”

After Lee’s death, thousands of mourners attended memorials to the star, who had two funerals, in the US and China.

Enter the Dragon airs at 9pm tonight on 5 Action.