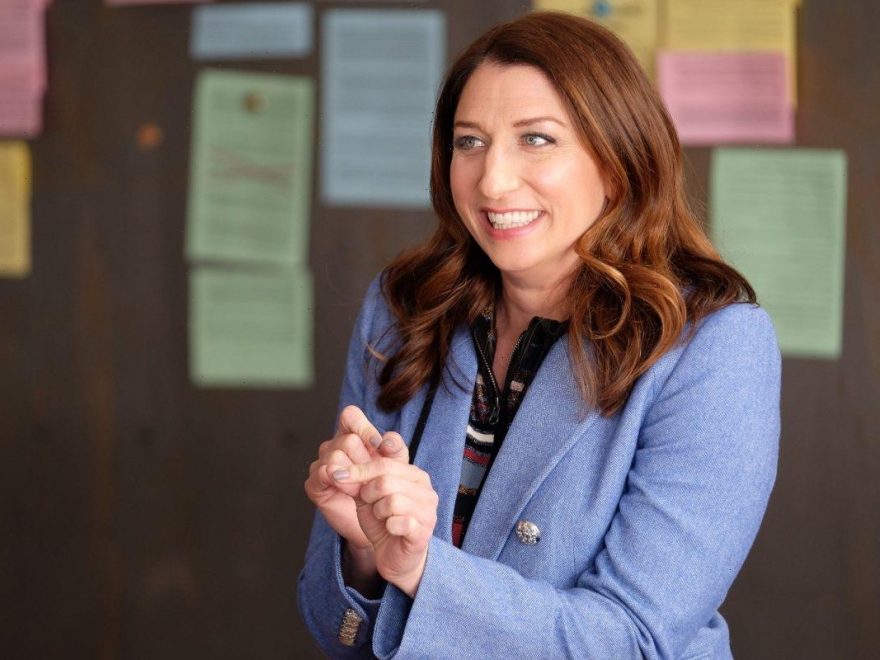 Brooklyn Nine-Nine is coming to an end this August after nearly a decade of antics from the 99th Precinct. The NBC series has kept the majority of its main cast for its full, eight-season run. However, one series regular did leave the show back in 2018: Chelsea Peretti. Despite her exit, Peretti has remained in good graces with showrunner Dan Goor and series creator Michael Schur. She’s even showed up as a guest star in later seasons of the show, begging the question: will Peretti return for Brooklyn Nine-Nine Season 8?

Who did Chelsea Peretti play in ‘Brooklyn Nine-Nine’?

During her time on Brooklyn Nine-Nine, Peretti played the one and only Gina Linetti. Gina served as the administrator for the 99th precinct, though she could usually be found doing any number of other things — from tweeting celebrities to discussing scandals far beyond the scope of police work.

Gina added a unique perspective to the series, being the only regular who wasn’t constantly engaged in detective work. Of course, that gave Peretti a perfect out when it was time to leave. When the actor bid farewell to the show in 2018, Gina was written off under the guise of pursuing other passions — namely, becoming a star akin to those she follows on social media. She also had a baby, an understandable reason for anyone to take a break from desk life.

Why did Chelsea Peretti decide to leave the NBC series?

As for why Peretti wanted to leave Brooklyn Nine-Nine behind, the actor told The Hollywood Reporter that it simply felt like the right time:

“Well, it wasn’t just a solo process. I wasn’t just like, ‘I’m leaving!’ and I swing my cape. I can’t get into the exact breakdown of how it all transpired, but it wasn’t just my solo decision. I’m friends with Dan, I’m friends with Andy [Samberg], I’ve talked with them about the situation over the years. I think it came together this was the time to do it. It’s not always easy to make changes in life, but I feel like everyone came to a point where everyone was like, ‘OK, this is the time.’ That’s the gist of it.”

Her words suggest a lot of thought went into the decision, and that it may have been in the works for a while before she made it official. Fortunately, she appears to have left on good terms with those involved in the show’s creation, keeping the door open for Gina to make future appearances.

Will the actor return for ‘Brooklyn Nine-Nine’ Season 8?

Peretti — and her on-screen persona — may have felt it was the right time to leave the Nine-Nine, but that doesn’t mean they won’t be back for season 8. In fact, Peretti already made a guest appearance during Brooklyn Nine-Nine‘s sixth season finale. She also hinted at a comeback when writing for the NBC show’s final season began.

That left fans wondering if she’d reprise her role for the series’ final outing, and the Brooklyn Nine-Nine Season 8 trailer confirmed it. It looks like Peretti will indeed return to bid the show farewell, with her appearing in several shots toward the end of the footage. With a bit of dancing involved, it seems Gina will be up to her usual antics. Could she finally get her big break when it comes to her performing career?

Only Brooklyn Nine-Nine Season 8 can answer that question, and fortunately, its premiere isn’t too far off. The final season arrives with two back-to-back episodes on Aug. 12, 2021, officially marking the beginning of the end.