Britain’s Got Talent fans were pleased to see the hit competition series return once again to ITV. The latest episode saw the judges decide which acts would make it through to the semi-finals of the 2020 series. Here’s everything revealed about who made it through in the competition.

The future of Britain’s Got Talent 2020 was put on hold earlier this year when coronavirus COVID-19 broke out.

Filming was halted following the live audition stage of the show, leaving fans worried about when the finals would air.

However, the show has now returned and the contestants have been whittled down to 40 semi-finalists.

They will all perform in the semi-final episodes, beginning from Saturday, September 5, as they try to land a part in the finals.

These shows will be pre-recorded with a mixture of contestants appearing in person at the studio and others performing virtually.

Ahead of the episodes airing, Express.co.uk has rounded up a list of all of the semi-finalists competing. 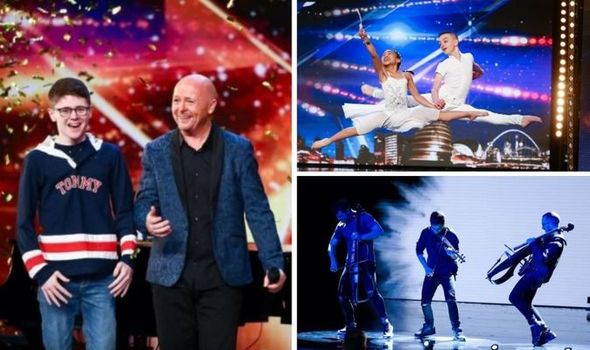 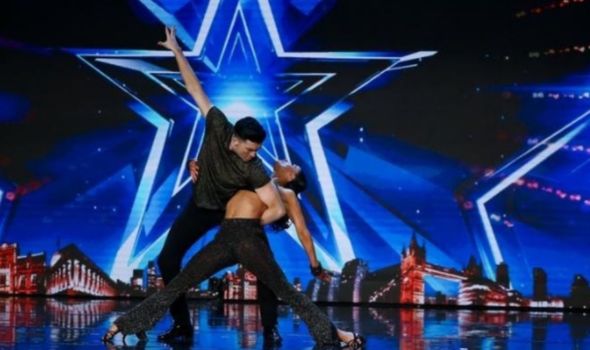 Simon Cowell’s Golden Buzzer act was Fayth Ifil, who is a singer from Swindon.

The mother and daughter singing duo Honey and Sammy made it through after being Amanda Holden’s Golden Buzzer act.

Alesha Dixon’s Golden Buzzer act was Nabil Abdulrashid who is a comedian from London.

Sing Along With Us

Sing Along With Us are a choir from Manchester who made it through to the semi-finals as David Walliams’ Golden Buzzer act. 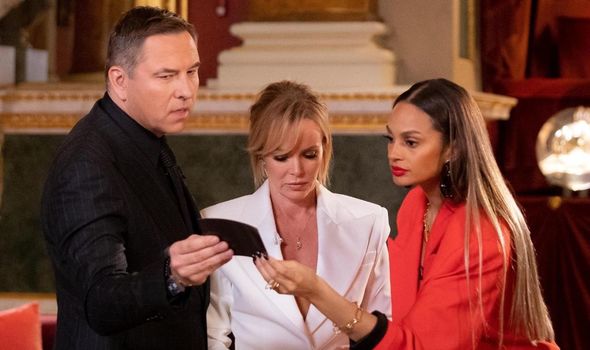 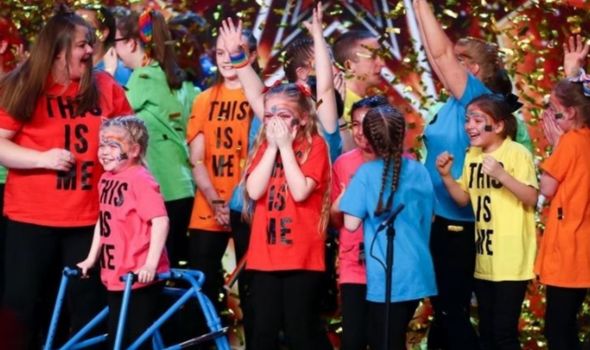 Aaron and Jasmine are a dancing duo from London.

Aidan McCann is a magician from Ireland chosen for the semi-finals.

Viewers will remember Allan Finnegan as a comedian from Liverpool.

Amanda and her rescue dog Miracle are a magic act from Inverness-shire, Scotland.

Another act chosen to go through is Belinda Davids who is a singer from Cape Town, South Africa.

The semi-finals feature a number of singers, including Beth Porch who is a singer from London.

Dancing duo Billy and Chantelle are from Birmingham who fans will see them dance again.

Chinieke! Junior Orchestra is an orchestra from London chosen for the show.

Another of the group acts who made it through were Class Dynamix who are a choir from Leeds.

Colchester drummer Crissy Lee was chosen for the semi-finals.

Another magician who made it through was Damien O’Brien from London.

Dario Grappeggia is a singing variety act who will be competing in the semi-finals.

Ember Trio are musicians from London who the judges loved to see perform in the audition.s

Hakan Berg is a comedy magician from Stockholm who will compete again.

Another singer who made it through was Imen Siar who is from Croydon.

James and Dylan Piper are a father-son magic duo from Aberdeen, South Wales.

James Stott is a dangerous magic act from Yorkshire who thrilled audiences.

Magician Jasper Cherry from Lancashire will also be appearing in the new episodes.

Katherine and Joe O’Malley are a singing and dancing duo from Salford.

Kevin Quantum is another dangerous magic act from Edinburgh picked by the judges.

Magical Bones is a magician from London and will be performing again.

London-based comedian Myra Dubois will be appearing in the semi-finals.

Papi Flex is a contortionist from Brussels, Belgium who the judges picked.

The judges also picked Shalom Chorale who are a choir from across the UK.

Sirine Jahangir is a singer from London who was chosen for the semi-finals.

Soldiers of Swing are a singing duo from Sheffield and they’ll be performing again as well.

SOS From the Kids

Choir SOS From the Kids are from Hampshire and they won over the judges to gain another chance.

Souparnika Nair is a singer from Bury St Edmunds who will be competing.

Steve Royle is a comedian from Manchester chosen by the judges to return.

Unique dance troupe The Coven will be reuniting from across the UK again in the show.

Urban Turtles are a dance troop from South London who will perform again.

One of the most unique acts through is Wesley Williams who is a unicyclist from Florida.

X1X Crew are a dance troop from Mumbai, India and they’ll be in the semi-finals

Finally, the judges put through Yakub who is a dancer from Stratford upon Avon.

Britain’s Got Talent starts airing its semi-finals on Saturday, September 5.