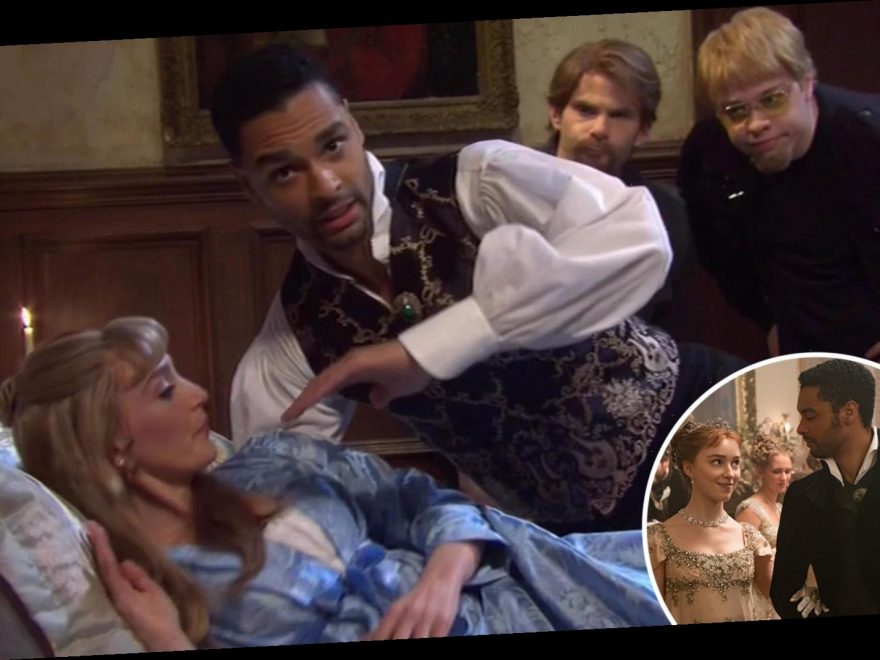 BRIDGERTON actor Rege-Jean Page promised Saturday Night Live viewers a "good time" as he gave a sizzling rendition of his signature sex scenes for which his character is famous.

The British star, who plays Simon Basset The Duke of Hastings in the hit Regency-era show, fronted the NBC series for the first time yesterday. 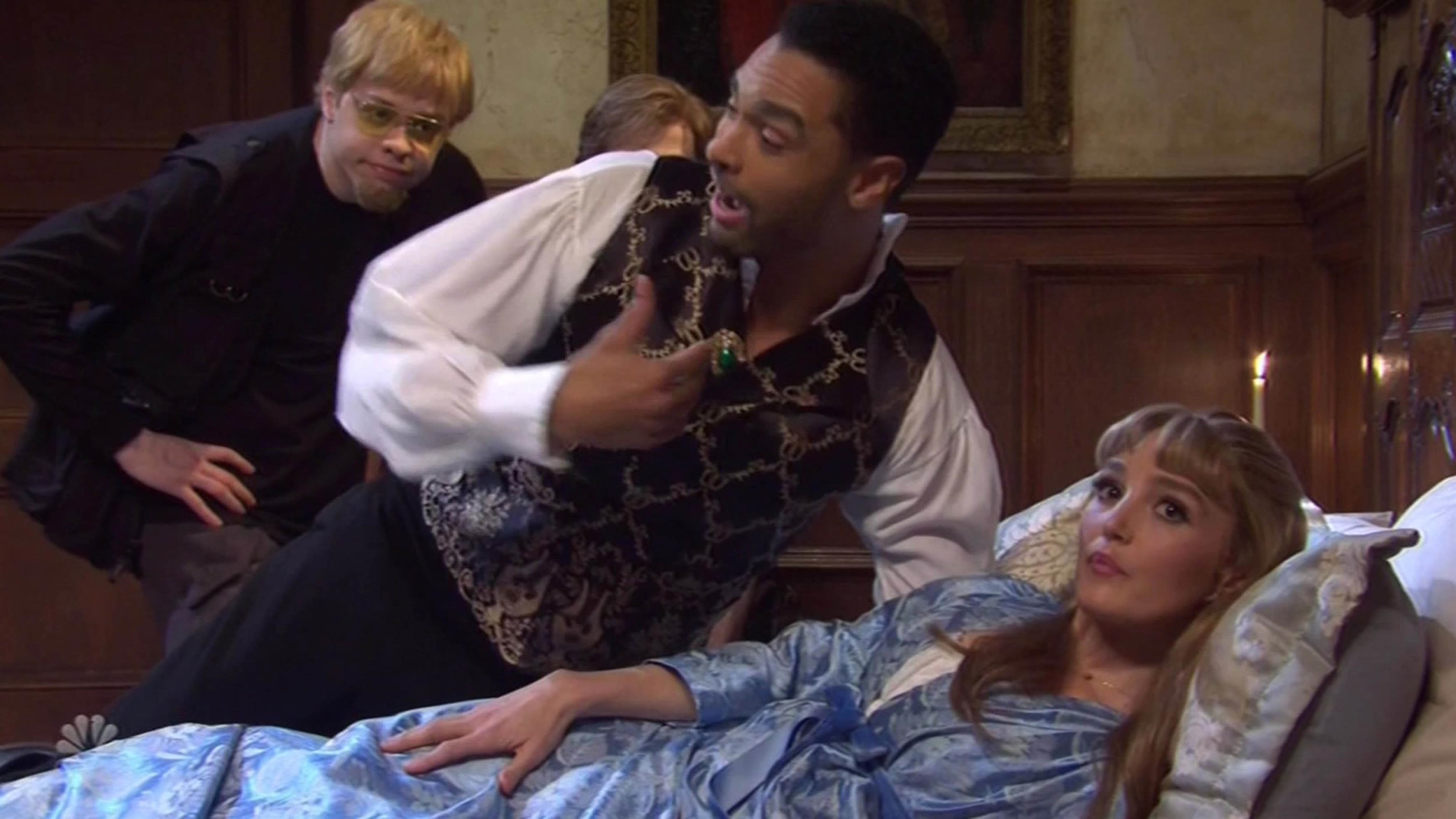 Rege-Jean, 31, was joined by Bad Bunny for his Saturday Night Live debut and kicked off by mocking his sexy reputation in his monologue – before insisting he was just a "regular guy."

The Londoner gushed: "You probably recognize me from Bridgerton, the show that made everyone turn to their moms and say, 'You know what? Nevermind I don't think we should watch this together.'

"It's a bit of a racy show. And because of that, people may associate me being this smoldering, sexual smoke show. 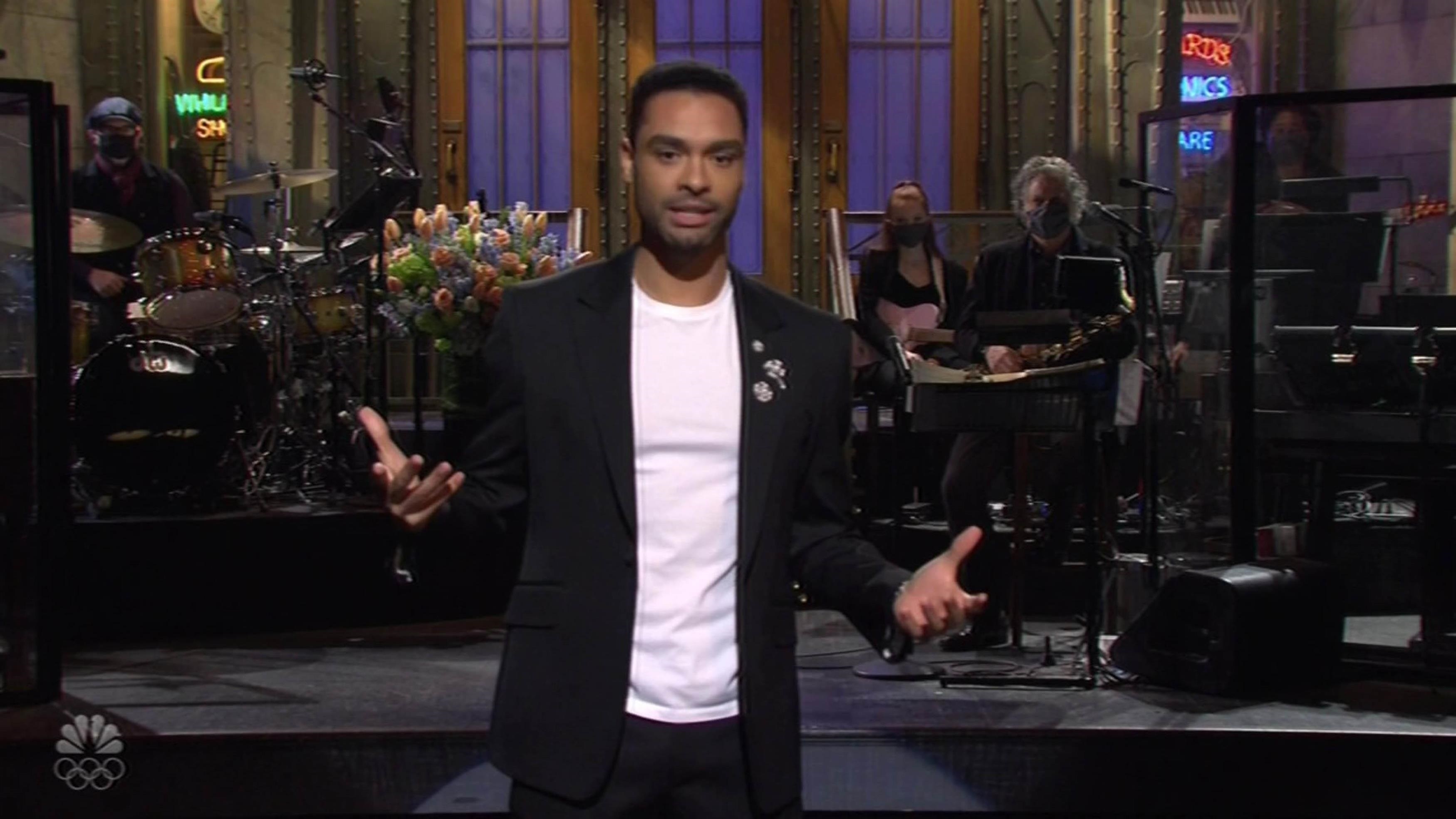 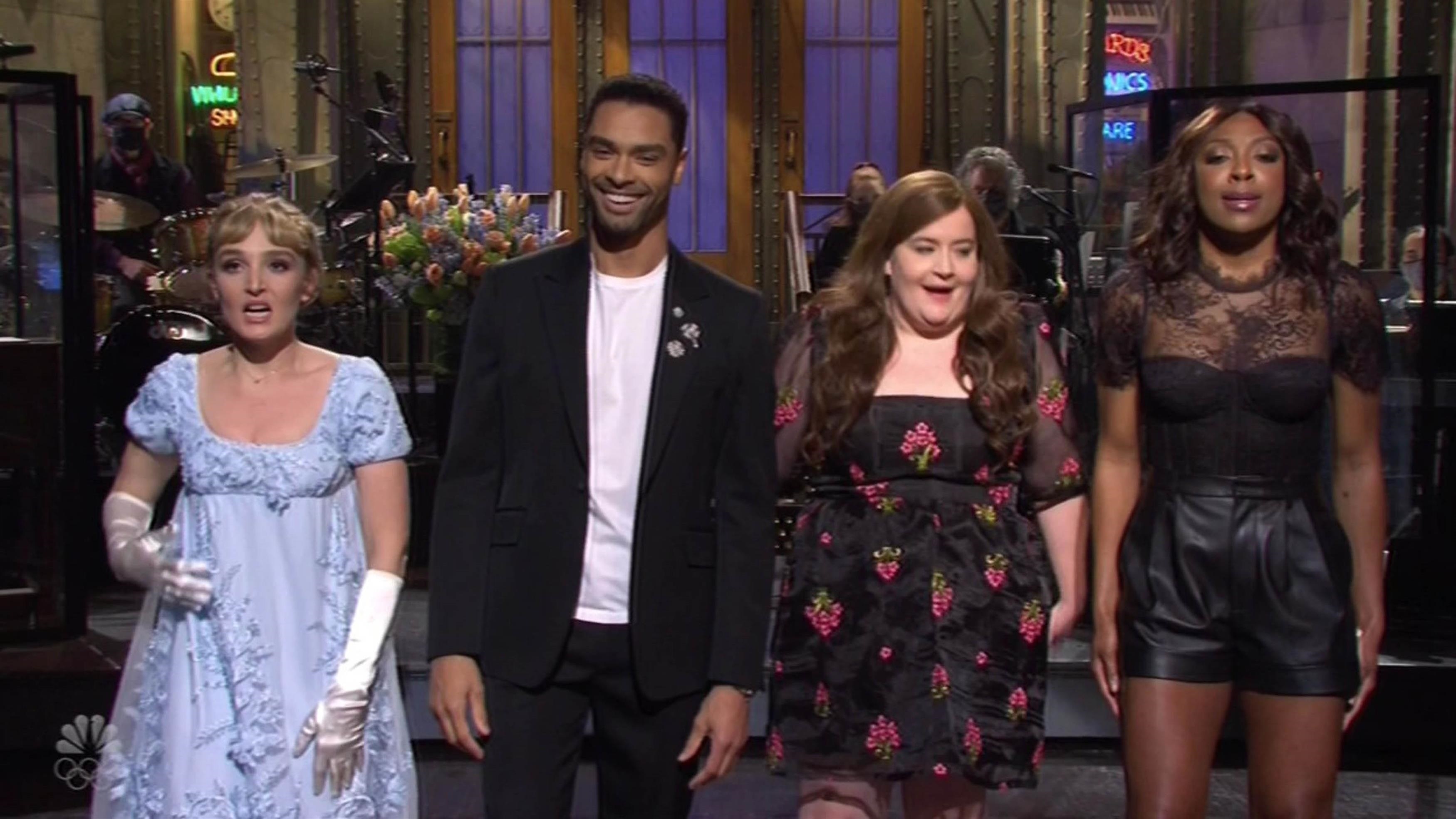 Giving a sexy glance to the camera, the Netflix star added: "I'm here to show you a good time and explore each other. Does that sound fun to you?"

No sooner had he made his saucy remark, he introduced his "personal liaisons" cast members, including Chloe Fineman, for the hilarious skit.

She took on the role of Rege-Jean's on-screen lover Daphne Bridgerton, played by actress Phoebe Dynevor, and certainly looked the part in her flowing blue dress.

Things heated up in the final sketch where the pair teamed up for a sizzling Bridgerton parody. 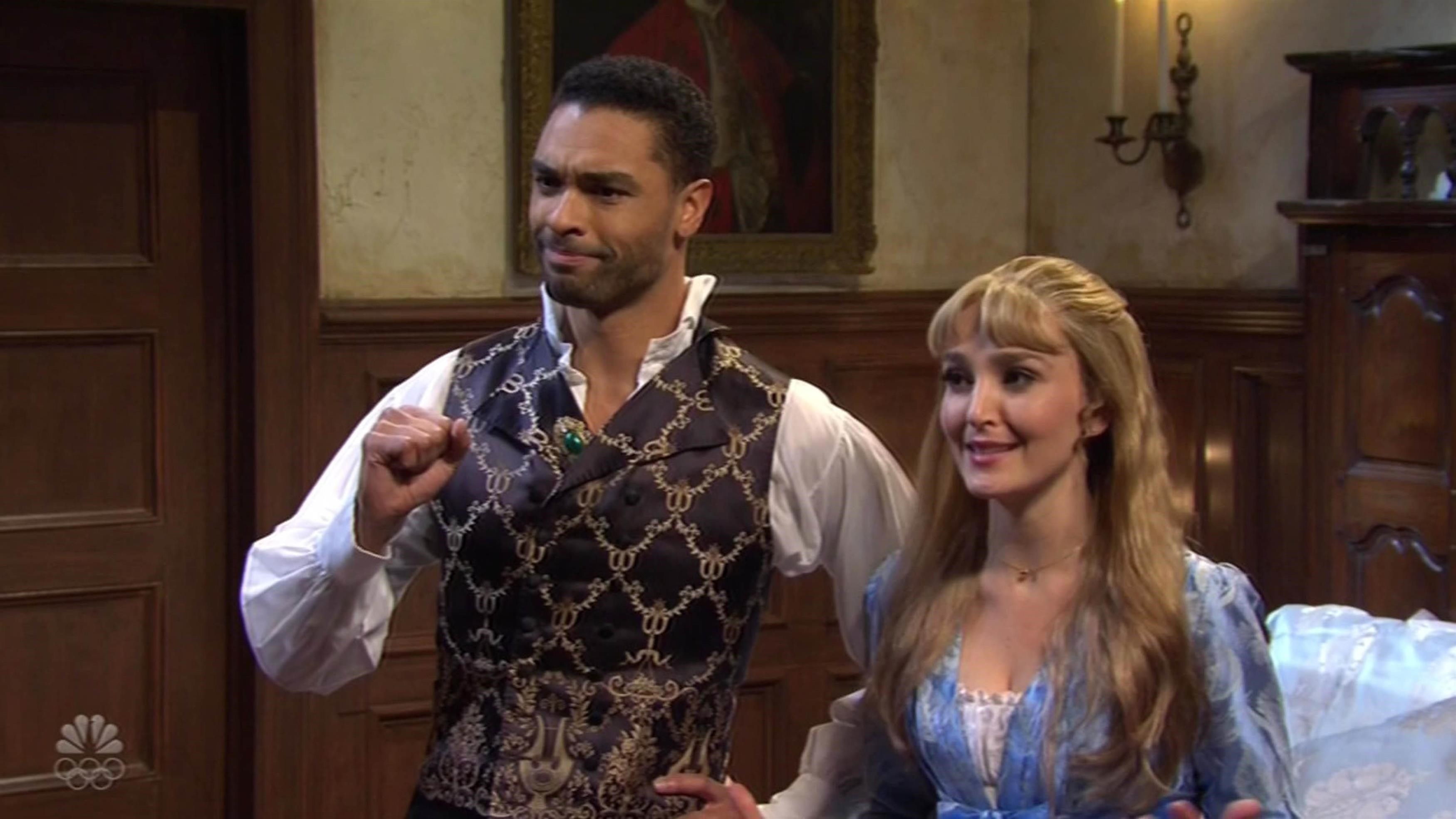 They hopped into bed as he moaned: "I burn for you, Daphne," before the director speedily shouted "cut!".

They moved onto the next scene, which they were advised would feature "nudity and simulated intercourse," but, with their usual intimacy coordinator off with COVID, Pete Davidson and Mikey Day came in as their replacement.

Neither had read the script, with Pete's character remarking: "Seemed like girl’s stuff to me," before Mikey understood the "gist" to be: "You two are brother and sister, you’re banging each other."

After sniffing the show's modesty garments and determining them to be clean, they were adamant they wanted to switch places with Chloe and Rege-Jean. 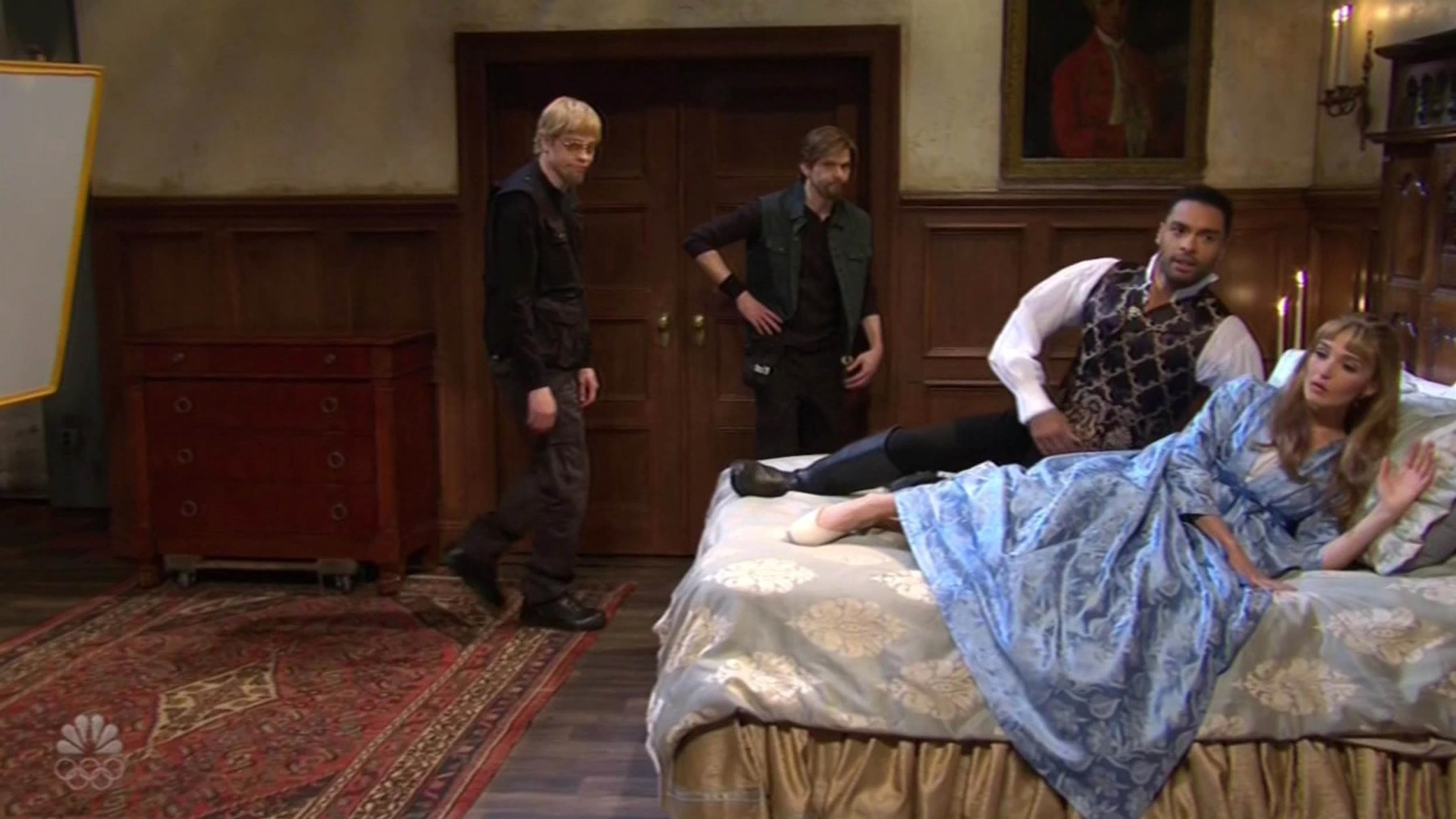 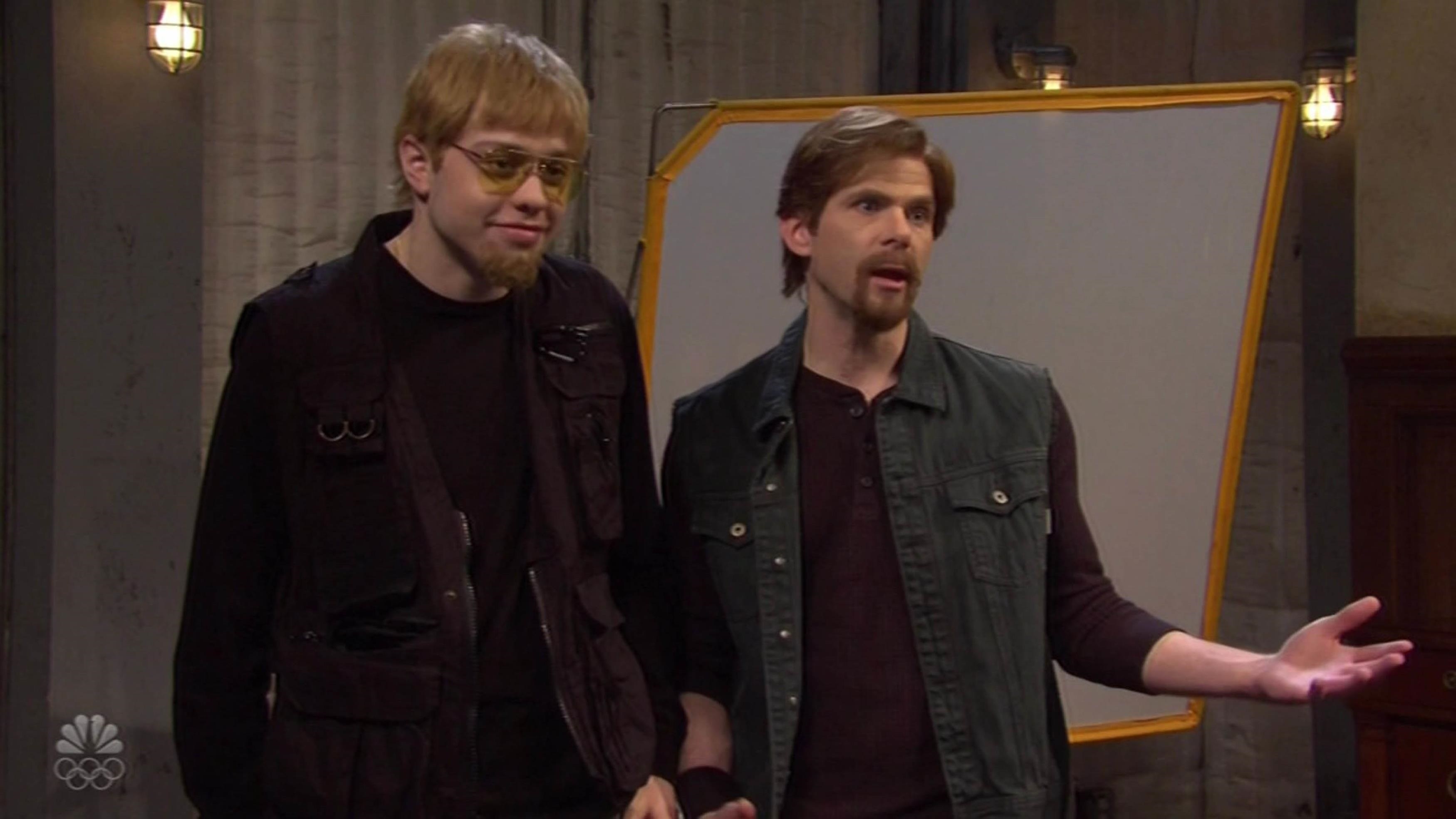 They requested the pair – who were cuddling on the bed to huge cheers from the audience – "tap out" so they could detail racy sex positions on all fours, as well as correcting the other for stimulating the "wrong hole."

Yet Rege-Jean proved hero as he kicked them into touch, insisting he and Chloe "knew their boundaries" before firing them from set.

Yet, in another twist, they attempted to sneak back as part of Bridgerton's make-up crew.

Following the hilarious skit, SAG Award nominee Rege-Jean said: "Ladies, I hate to break it to you but I'm actually kind of a nerd. I nerd out on music, I sing silly little songs. 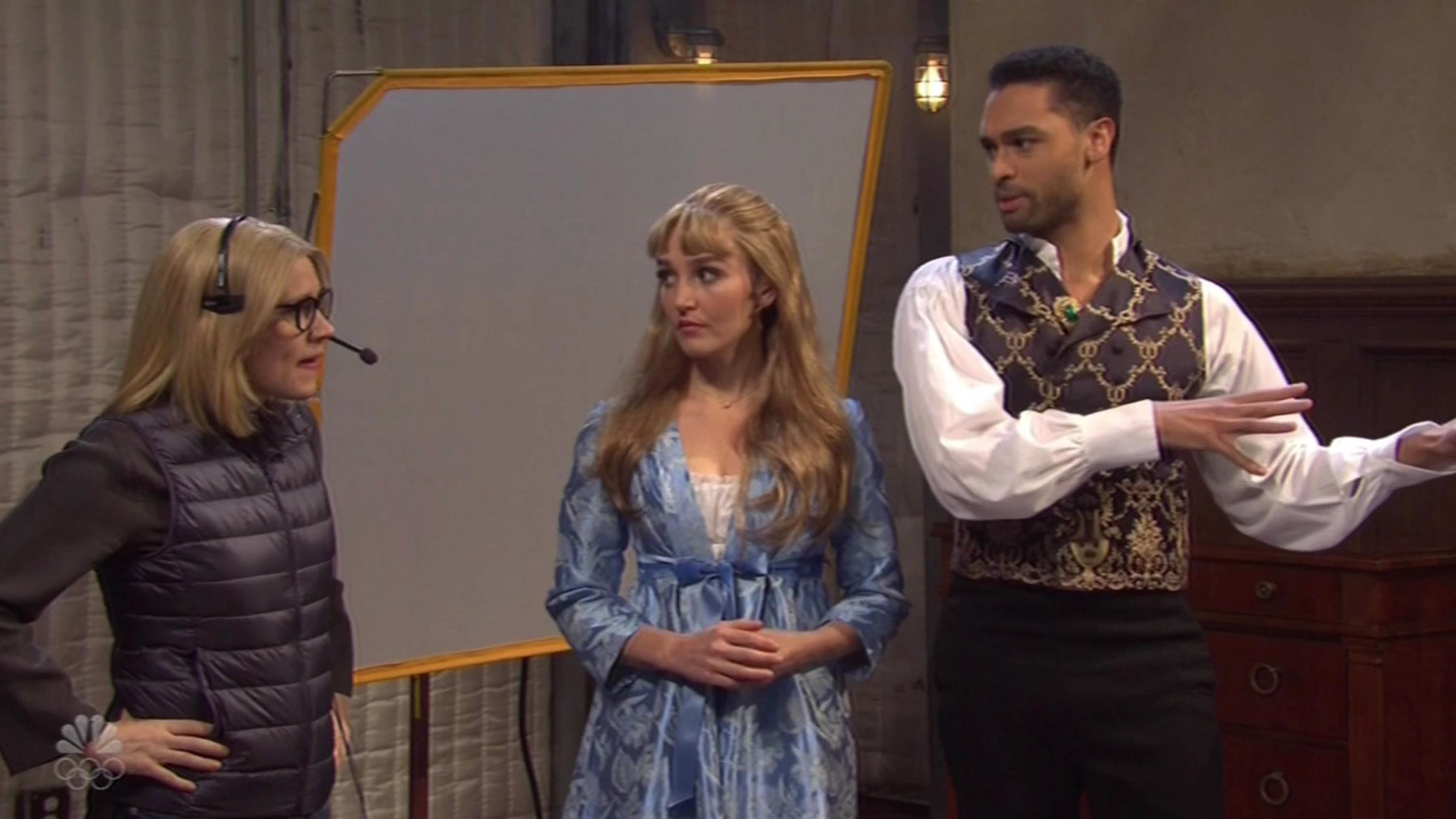 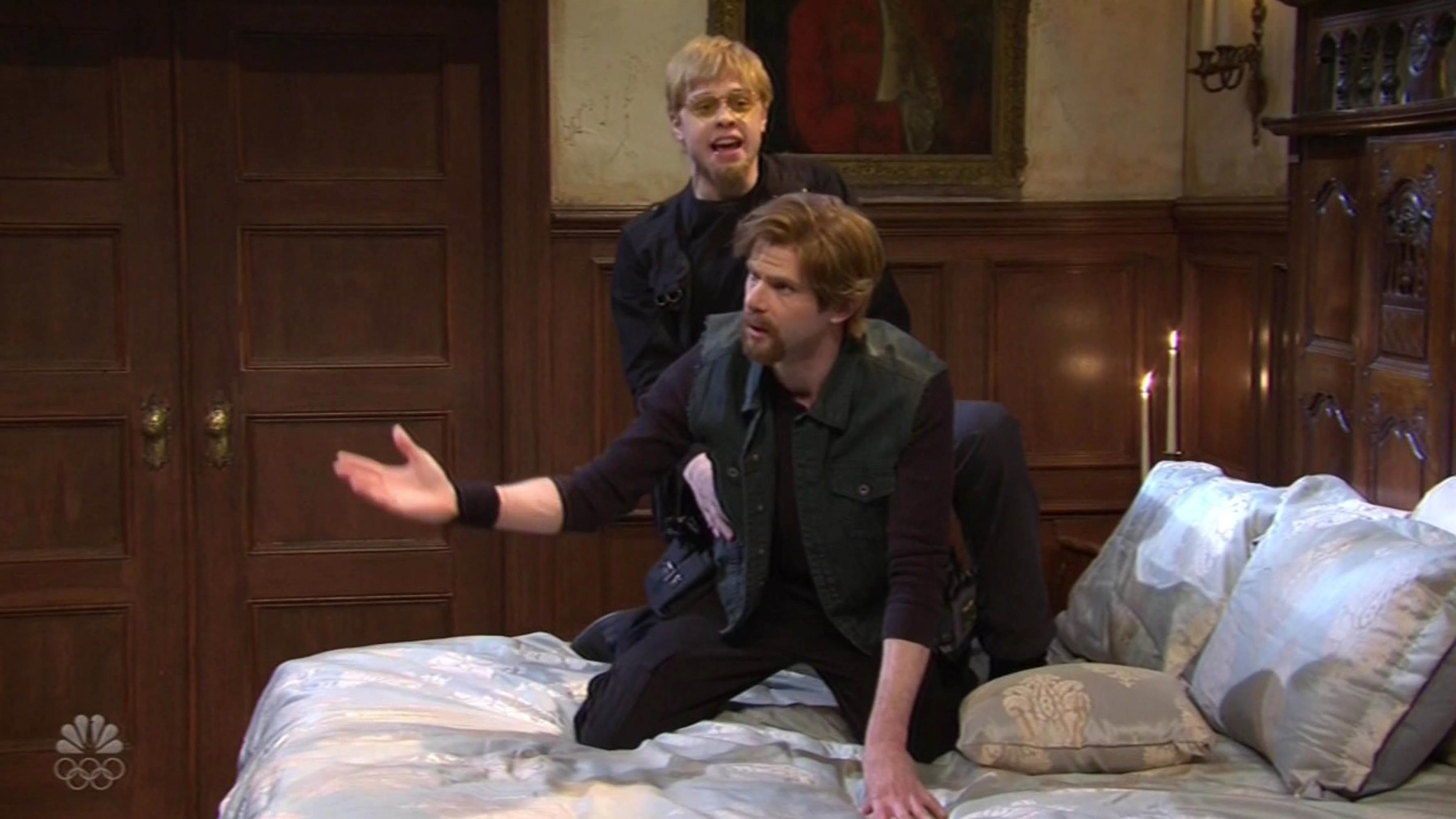 "I'm genuinely so happy that the show has connected with so many people during lockdown, especially people who don't normally get to see themselves as romantic leads on television. And of course, it's all brought me here with you tonight!"

SNL fans were quick to take to Twitter to show their appreciation for the host, with one writing: "Regé-Jean Page, the gift that keeps on giving Drooling face #snl."

Another posted: "They never should of introduced y’all to Rege-Jean Page. The #thirst is real. #Bridgerton #SNL."

One then gushed: "When Regé-Jean said “does that sound pleasing to you?” and one lady in the audience yelled “yes!” – I felt that. #SNL."