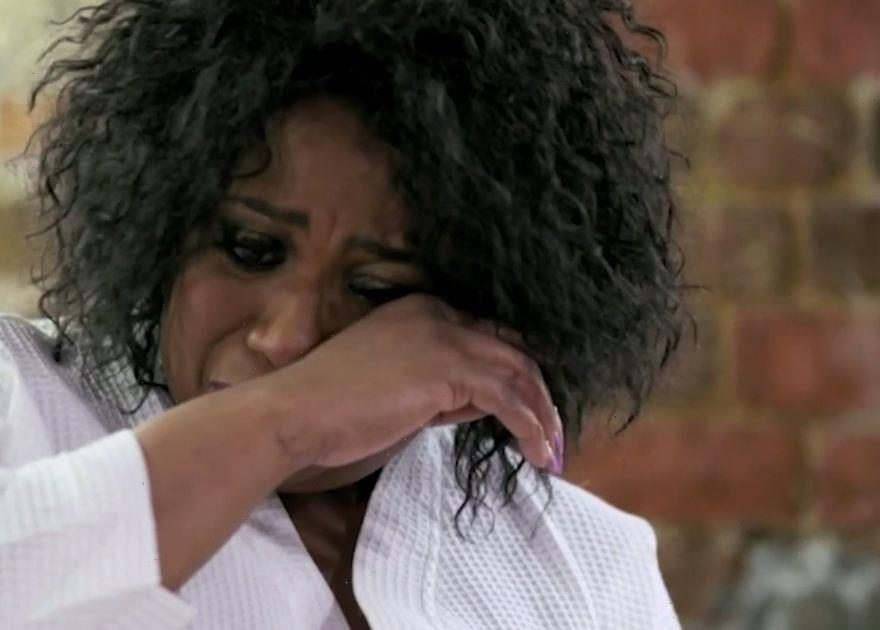 The 52-year-old, who is currently on screens in ITV’s show Strictly The Real Full Monty, opened up on losing both of her parents following a car crash days before Christmas, as she spoke about the woman that brought her up.

As emotions ran high when Brenda prepared to bare all in the name of charity and awareness, she confided in her co-stars that she was worried about what her ‘strict’ aunt would think of her stripping.

Discussing her fears, the X Factor and West End star, who fought breast cancer five years ago, also touched on the pain of her parents’ passing at such a young age.

In a conversation with Laila Morse and Christine McGuiness, Brenda explained through tears that she was feeling anxious about showing her scars on the show – particularly as she hadn’t told the woman that mattered to her the most.

She sobbed: “The reason I wanted to do the show this year is because this year is five years that I’m free of cancer.”

“But I think I’m feeling more and more nervous as time goes on because I haven’t told anybody that I’m doing it.”

Brenda continued: “When I was four years old, my parents died in a car crash at Christmas time. My extended family looked after me and my brother.”

“My aunty Pam, I kind of look at her as my mum, and she’s very strict. I don’t want her to feel disappointed. I always want my family to be proud and just from my upbringing and stuff, it’s just hard.”

The rest of the female line-up comforted Brenda and assured her that her aunt would be nothing but proud of her.

Following their encouragement, Brenda decided to call her aunt and tell her the important reason she was taking part in the show, organised by Diversity star Ashley Banjo.

Later in the show, viewers saw the moment Brenda told her aunt the news and the smile that spread across her face as her aunt said it was a wonderful thing to do to help others.

During the phone call, Brenda said: “I wanted to speak to you before you heard anything, but have you heard of The Real Full Monty?”

She continued: “I’ve agreed to do it this year. It’s raising awareness by taking my top off…”

Her aunt replied: “If you’re happy doing that, that’s fine. At the end of the day, you’re the one that survived cancer.”

“This is a good cause. You are one of the women and I’m pleased for that. If you can support the cause in any way, then do it. I’m glad you’re doing it.”