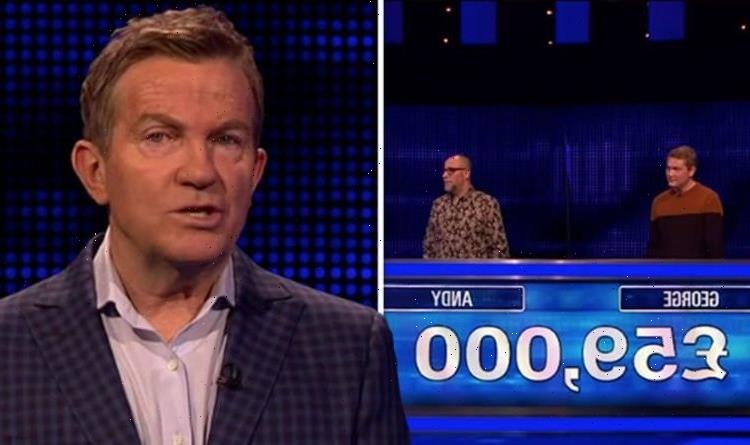 Bradley Walsh returned for a brand new episode of The Chase this evening as Tracy, Andy, George and Ellie took on Paul “The Sinnerman” Sinha. The ITV host was impressed with the team’s performance in the final but some viewers felt Bradley was partially to blame for the contestants losing out on the whopping jackpot prize.

Tracy kicked off the show by earning an impressive £8,000 in her cash builder round.

She breezed through into the final before Andy joined her with £4,000.

During his introduction, Texan native George revealed he had appeared on BBC’s University Challenge.

He answered six questions correctly in his cash builder round but decided to play for Paul’s high offer of £40,000.

Read more: The Chase player scolded by Bradley Walsh after ‘insulting’ minus 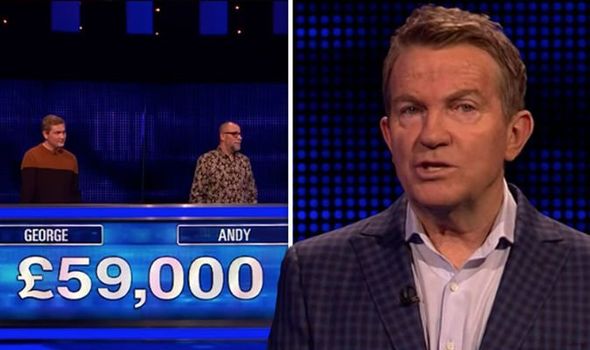 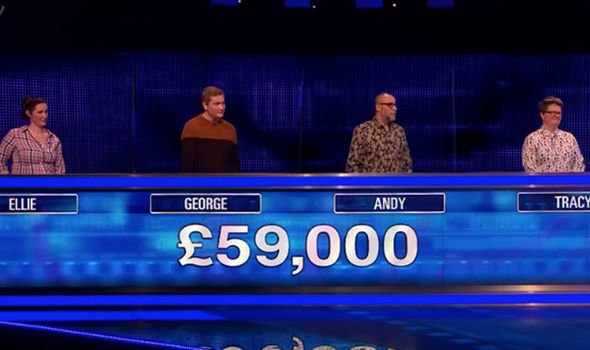 Luckily, George returned to his team with the huge sum of money before Ellie completed the line-up by adding £7,000.

The four contestants scored 23 in the final chase but it wasn’t enough to beat Paul.

However, ITV viewers accused Bradley of asking the Chaser’s questions at a faster pace compared to the team’s questions. 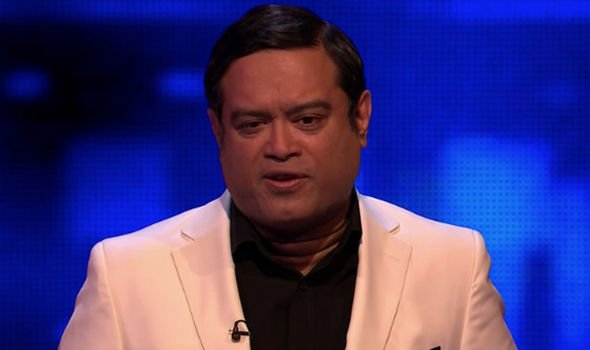 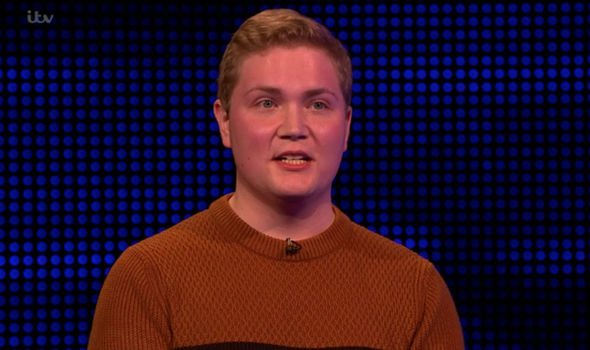 “Bradley should have to ask the questions at the same pace. He clearly sped up there #TheChase,” a third said.

While a fourth added: “#thechase the chaser had bloody easy questions, fix!”

“Never ever gonna let them get away with £59k… Fixed! #TheChase,” another remarked.

A sixth fan wrote: “Brad spitting these questions out to the chaser quicker than a rap battle #TheChase.”

“Wow, two attempts to push back none executed,” Bradley commented.

“You know what I thoroughly enjoyed this match, I think it’s been brilliant.”

“It’s been one of the best shows and games and matches I’ve ever taken part in,” he continued.

“It has everything in it except sadly a win for the team – what a great team you are.”

“Thank you and you didn’t deserve that,” Paul added. “You are without doubt one of the best teams I’ve played.

“Heads held high, I know that’s no comfort at the moment but you played brilliantly, I’m in really good form.”

The Chase airs on weekdays on ITV at 5pm.