BITTER exes Brad Pitt and Angelina Jolie will both call on a controversial domestic violence expert to give evidence in their upcoming court battle to decide the custody of their six children, The Sun can reveal.

The superstars are also both expected to testify during the proceedings and The Sun has obtained the lists of witnesses they’ve each submitted to the court to give evidence on their behalf. 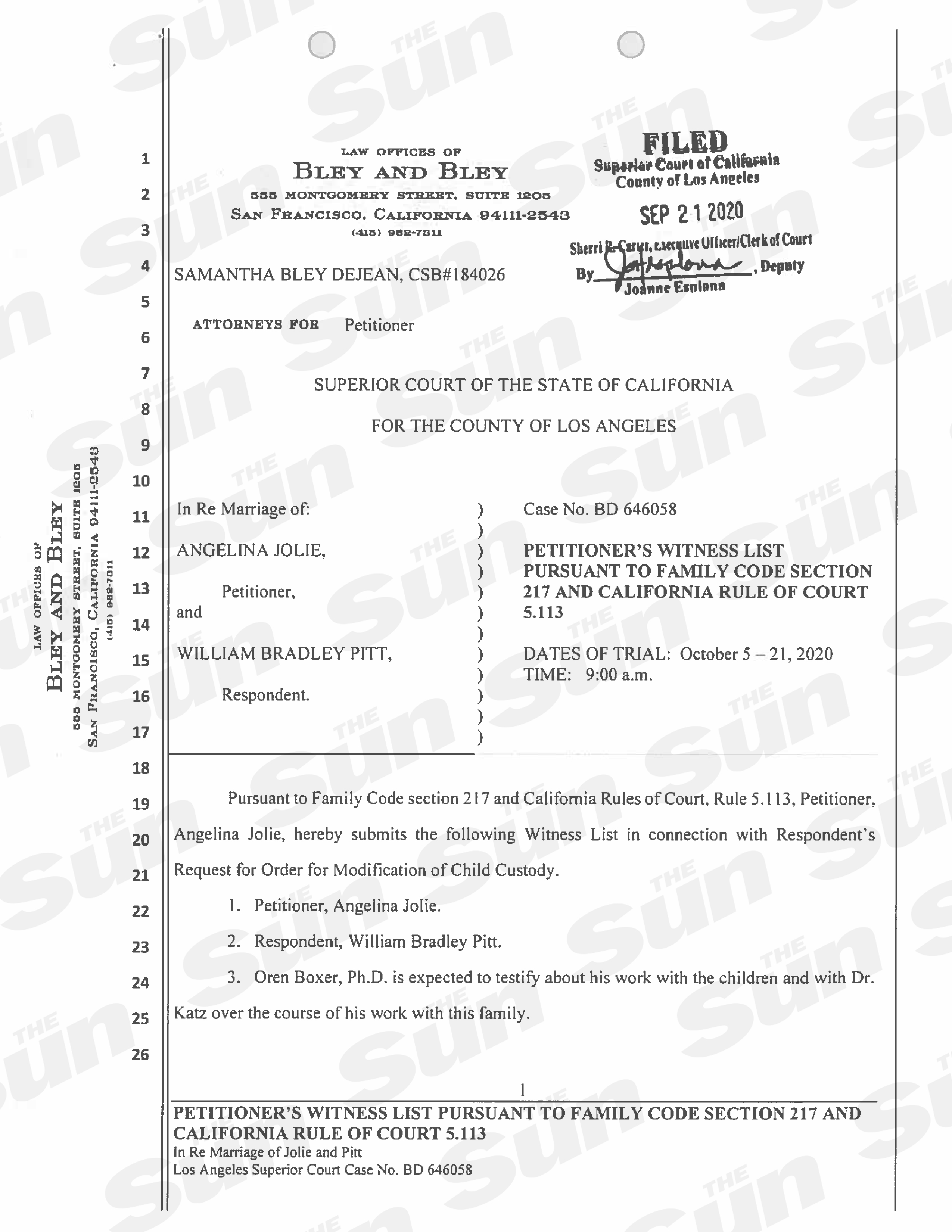 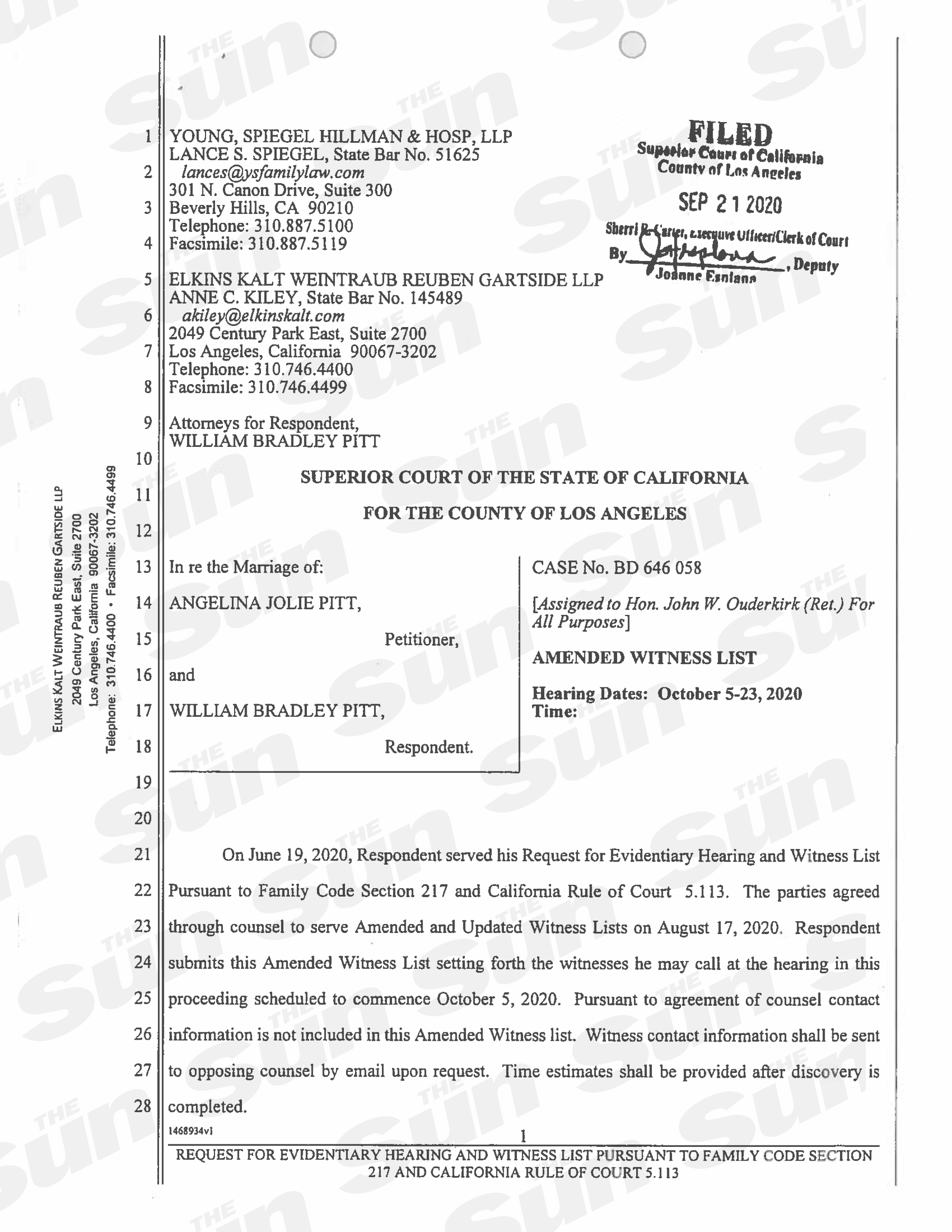 Brad and Ange will take the stand at the Stanley Mosk Courthouse in Downtown LA to be cross examined during court proceedings starting next week.

Brad, now dating German model and mom Nicole Poturalski, has named a total of 21 witnesses to appear on his behalf, including himself and his former wife, while Angelina has named just seven witnesses, including herself and Brad. 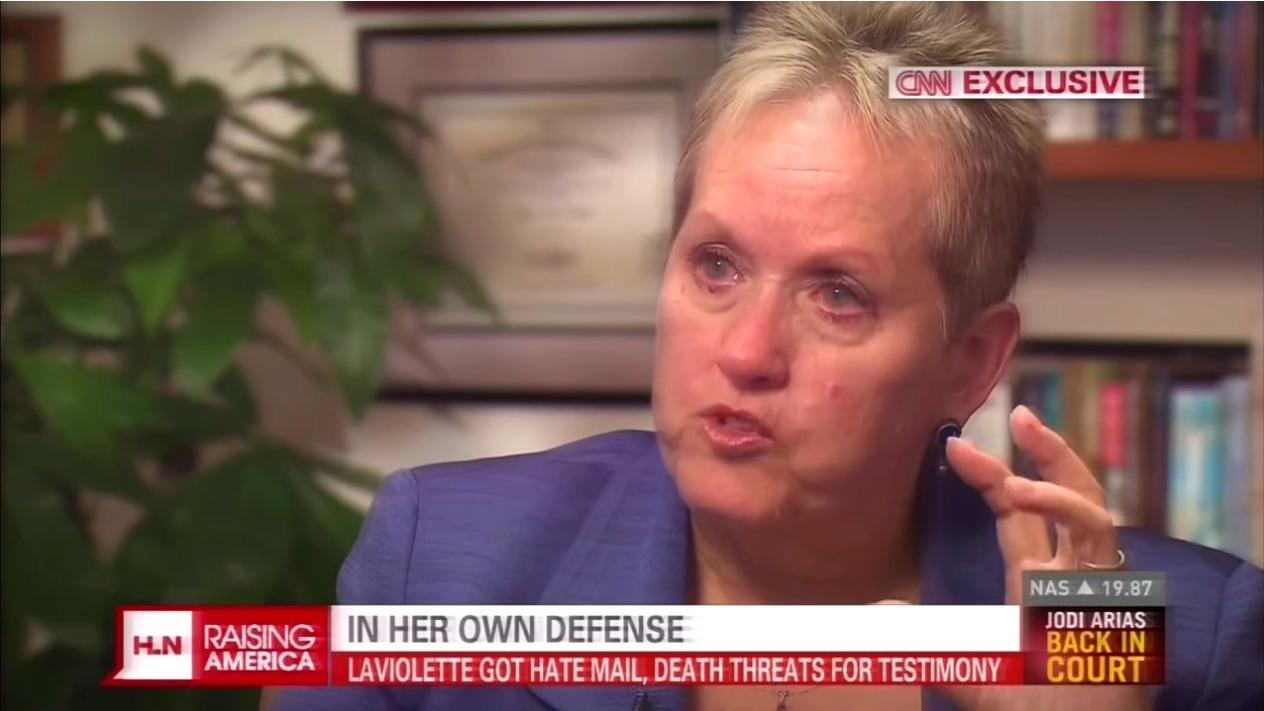 The docs also show that Angelina has failed to remove Judge John W. Ouderkirk from the case.

She wanted him replaced claiming he had "failed to make timely mandatory disclosures of ongoing business and professional relationships" between himself and Brad's attorneys.

But the judge has been named in docs and will be overseeing the proceedings. 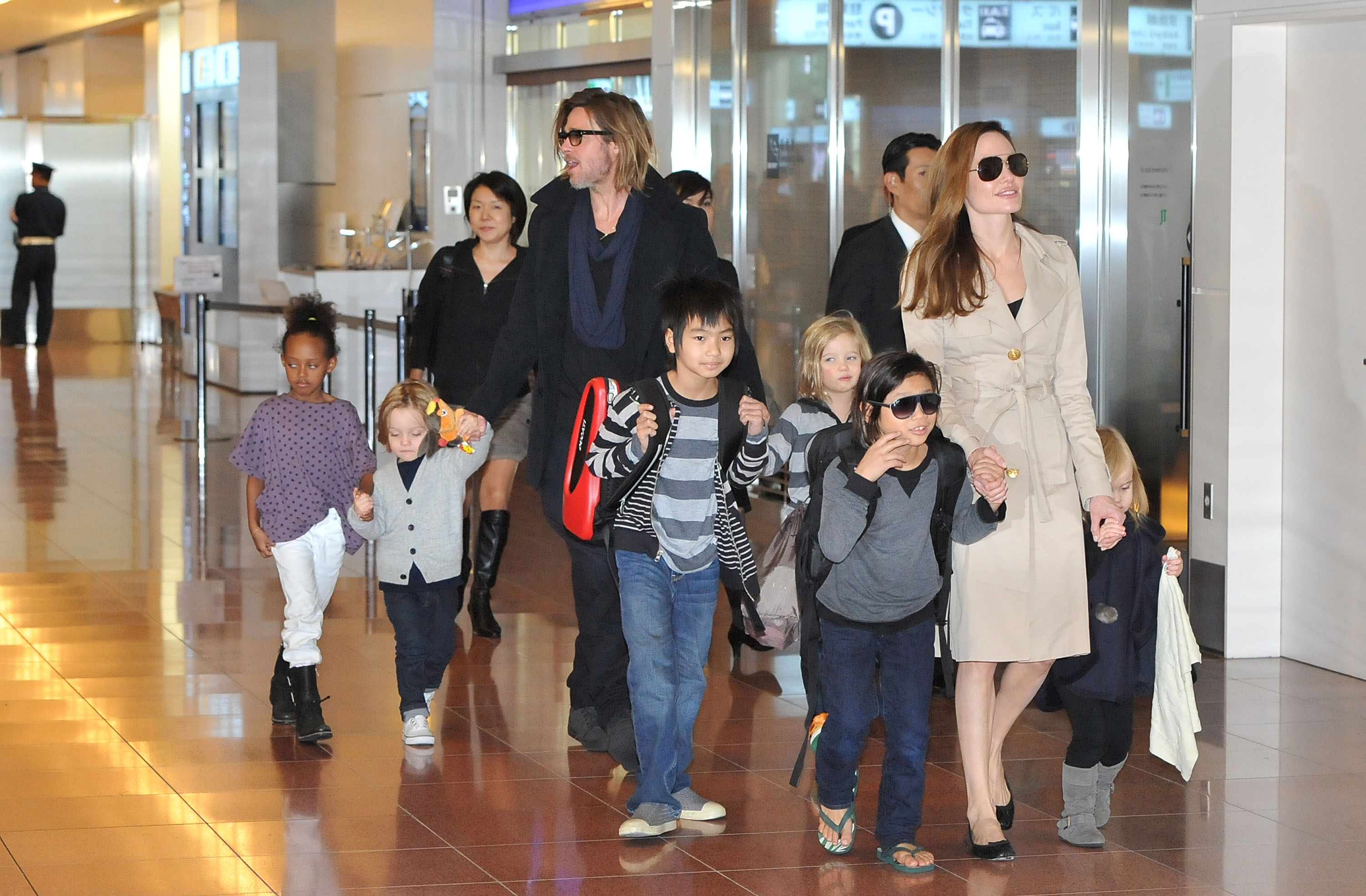 He will have to decide on parenting issues affecting the kids such as their education, medical care and which parent sees them and when.

It has already been established that Maddox, because he is older, can decide for himself when he wants to see his father. 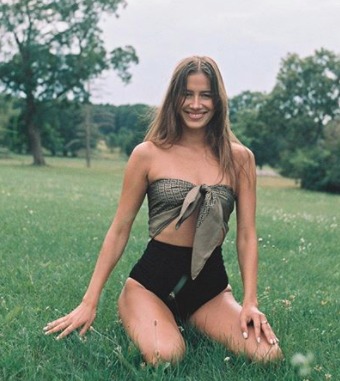 Court docs obtained by The Sun show that Brad will call on several psychologists, his estranged wife’s former co-star and a security guard.

Angelina will call on a number of medical professionals and appearing for both will be domestic-violence expert Alyce LaViolette. 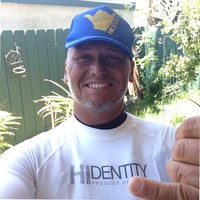 The docs say: “Ms. LaViolette is expected to testify regarding her interactions and communications with the parties, the children, Dr. Katz, other professionals and third parties regarding the parties and the children.”

Alyce made headlines in 2013 after clashing with prosecutor Juan Martinez in the high-profile trial of Jodi Arias in Phoenix, AZ.

Alyce, acting for Arias, told the court that the accused killer had suffered domestic violence at the hands of her boyfriend, 30-year-old Travis Alexander.

But the prosecutor in the trial said psychotherapist Alyce was basing her conclusions solely on 44 hours of interviews she had carried out with Arias – and she hadn’t spoken to anyone but the killer who was claiming she acted in self defence due to her ex's violence. 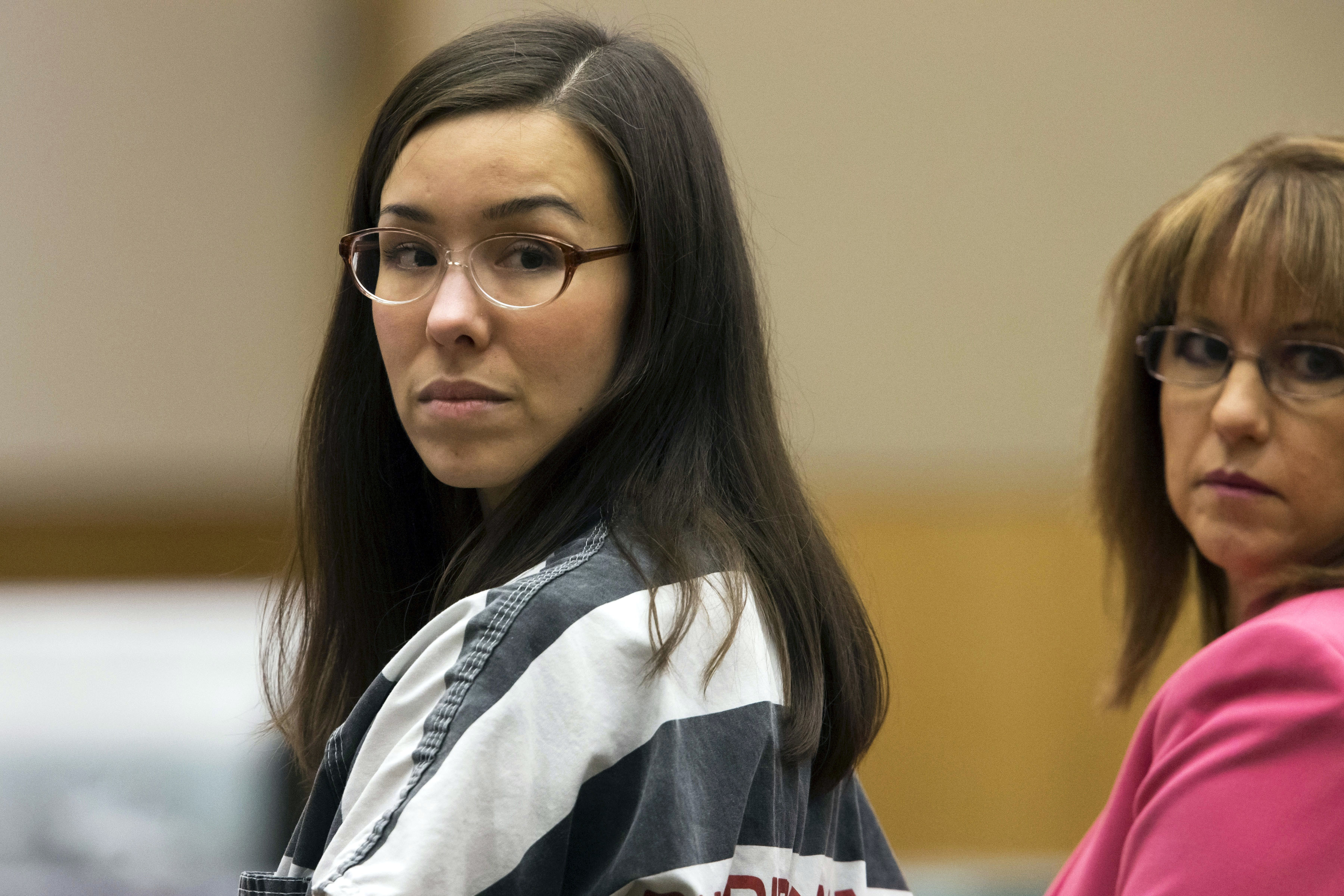 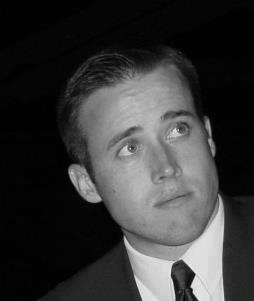 Despite her claim, Arias was convicted of first-degree murder. She had slit her ex’s throat and shot him in the head.

She was eventually convicted of first-degree murder and jailed for life without the possibility of parole in 2015.

Along with staring with Angelina in the 2000 film, Jillian worked with the Academy Award-winner in 2007's A Mighty Heart.

Jillian's other TV roles include Judging Amy, Fresh Off the Boat, Grey’s Anatomy, Hawthorne, Desperate Housewives, Vice and The Mayor.