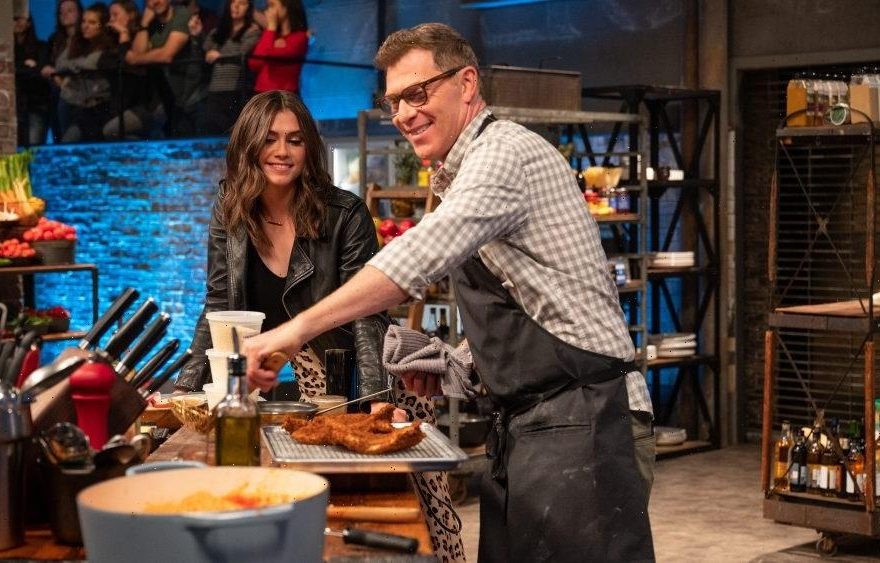 Bobby Flay and Discovery’s Food Network have reached an agreement on a new three-year contract, a deal that comes about six weeks after negotiations stalled because the sides were too far apart on financial terms.

The celebrity chef, restaurateur and author has set an exclusive pact that will keep him in the Discovery family through the middle of the decade and up to his 30th on-air anniversary with the cabler. The new contract also expands the scope of content opportunities available to Flay’s Rock Shrimp Productions, which produces most of his shows for Food Network. And the wide-ranging deal comes just as Discovery is poised to grow significantly through its pending merger with WarnerMedia.

Food Network executives ended talks with Flay’s representatives at WME in early October after what sources described was an impasse over financial terms and the scope of the deal. Flay’s negotiations with Food Network came in the shadow of fellow network personality Guy Fieri having made headlines in May by setting an eye-popping three-year deal valued in the high eight-figure range.

“We are thrilled to continue Bobby Flay’s long-standing relationship with Food Network. He captivates our audience with his incredible culinary skill, fierce competitive spirit and his trademark ability to share a deep passion for food,” said Courtney White, president of Food Network and food streaming content for Discovery. “Bobby generously invites viewers into his culinary world, sharing his #WeCook philosophy and inspiring everyone in the kitchen. Continuing this creative relationship with such an extraordinary talent is the perfect way to usher in the holidays.”

In an interview with Variety, Flay acknowledged that there were tense moments and a long pause in a tough negotiation. He also noted that he’s taken quite a few meetings in recent weeks and realized the depth of the demand for food-related TV content, from cooking shows to travelogues to kitchen-verite documentaries to wacky culinary competition series.

“Every single major network and single streaming service has, to use a pun, a very big appetite for this programming,” he said.

But in his travels, Flay said he did not find an outlet that felt like a better fit than the channel where he has worked for most of his adult life. Flay first appeared on Food Network in 1994 and within two years was co-hosting his own series, “Grillin’ and Chillin’.” He’s been a regular on the channel’s air ever since with his most recent series including the cooking competition “Beat Bobby Flay” and his tour of New York City culinary delights in “The Flay List,” co-hosted with his young adult daughter Sophie.

“I have an amazing family at Food Network and a great foundation. And I have a sizable library of food television here,” Flay said. “I’m a lucky person. I grew up in a time when this country finally decided that food was important.”

Flay hopes to push the boundaries of what is considered food-centric programming now that Discovery has even more outlets for programming in the Discovery Plus streamer. Flay has already been working in different genres such as the upcoming travelogue-focused series “Bobby and Sophie on the West Coast.”

“It’s always been my determination to always evolve. It’s part of why I’ve been able to stay relevant in this genre,” Flay said. “I’m going to be pitching a lot of things that we haven’t seen when it comes to this kind of programing. I’m ready to turn the page and create a new chapter of what (foodie TV) is going to look like.”

Flay’s long tenure on Food Network has also put him in a position to serve as a mentor and coach for less experienced Food Network talent, especially the entrepreneurs who, like Flay, juggle multiple jobs as TV personalities and producers, chefs and restaurateurs.

For all the fame he’s gained on TV, Flay still sees himself as a restaurateur at heart. “My restaurants are the most important thing to me,” he said. “It’s what keeps me passionate.” Flay’s portfolio is in flux thanks to the pandemic, but in May he opened a new establishment, Amalfi, at Caesars Palace in Las Vegas.

As a business owner, Flay said he’s been impressed by all that Discovery has brought to Food Network since it acquired the cabler’s former parent company, Scripps Networks Interactive, in 2018. And now that Discovery CEO David Zaslav is about to take the company through another growth spurt with the WarnerMedia merger, Flay sees plenty of opportunity ahead for him and Rock Shrimp Productions.

“What David has done over the last handful of year for the Scripps properties has been fantastic,” Flay said. “If David calls me up and says I want you to do a travel show for CNN or a cool new series for HBO Max — I’m there.”