The family drama tackles important U.S. policy issues but gets undercut by the melodrama 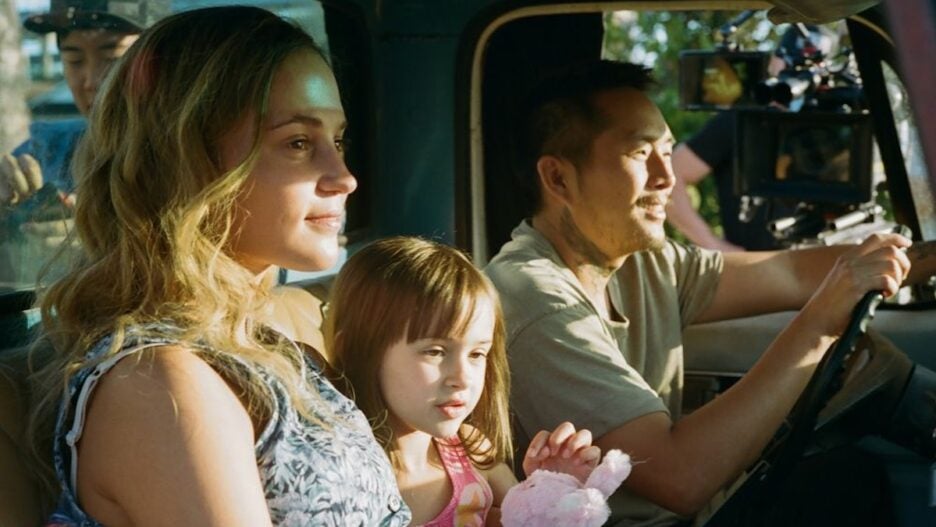 This review of “Blue Bayou” was first published after the film’s premiere at the 2021 Cannes Film Festival.

From a distance, Justin Chon’s “Blue Bayou” seems to be a movie that would warrant comparison to Lee Isaac Chung’s Oscar-nominated “Minari” – the story of a young Korean man and his family struggling to get by in the U.S., and also to figure out his own identity in a land that sometimes feels like home and sometimes feels hostile.

But “Blue Bayou,” which premiered in the Un Certain Regard section of the 2021 Cannes Film Festival, isn’t a quiet, artful character study the way “Minari” was. It aims to be bigger and bolder and more dramatic, which too often translates into more melodramatic.  At the same time, though, the melodrama can be effective at times, and there’s an admirable urgency with which it tackles significant issues in U.S. immigration policy.

At first, the film almost seems like a cousin to “Moonlight” in the way it explores Southern identity among those who are often dispossessed. Antonio LeBlanc (director-writer-actor Chon) is a Korean immigrant who came to the U.S. at the age of 3 and was adopted by a family from Louisiana; now he works as a tattoo artist across the river from New Orleans, and finds his attempts to get additional work stymied by his two felony convictions for stealing motorcyles. 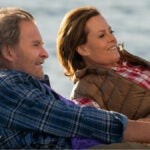 Antonio’s wife, Kathy (a convincingly Southern Alicia Vikander) is expecting a second daughter, while the couple also struggles to provide for their first child, Jessie, who has been raised knowing Antonio as her father because her birth father, Ace (Mark O’Brien) left the family long ago. Ace is a local cop who wants back into his daughter’s life and seems to have it in for Antonio – although he’s nothing compared to his partner, Denny (Emory Cohen), who initially seems like comic relief but quickly turns into a cartoonish caricature of a bad cop.

At first, the film is based around straightforward, intimate scenes that sketch life at home or in the tattoo parlor where trash-talking is the main way of communication. But those sequences are intercut with dreamier, more lyrical interludes, many of them involving water; it’s a movie that feels grounded but isn’t afraid to take quiet flights of fancy, which makes it more intriguing.

But a run-in with Ace and Denny in the grocery store lands Antonio in jail, and then ICE gets involved. Because Antonio’s adoptive parents didn’t finalize his citizenship or fill out all the right paperwork, he’s ordered deported even though he came to the U.S. as a baby and has been here for three decades. His options are to leave the country and then apply to get back in, or stay and fight – but if he does and loses his court battle, he’ll be thrown out for good. 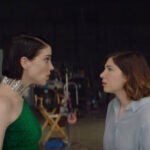 Antonio’s plight gives the movie some urgency, but Chon still slips in and out of his lyrical mode. It’s a tense story that can take the time to bask in the details of a Vietnamese picnic Antonio and his family attend at the request of a woman who fled that country as a child and is now dying of cancer. (The picnic scene also gives Vikander the chance to belt out the Roy Orbison song that gives the film its title; though her impressive singing voice seems a little too professional to come from the character.)

Gradually, Antonio’s back story is complicated (the details aren’t pretty), violence erupts as his court date looms and a film that started out as a quiet, largely naturalistic drama turns more and more overwrought. Chon cranks up the music and the water metaphors, and in the final half hour seems determined to throw in as many twists as possible, each one more wrenching and tear-jerking than the last.

It works, to a certain degree – and when the end credits show a list of real-life people who have been deported or are going through the deportation process despite having been adopted  by U.S. citizens decades ago, you understand why this is a subject worth getting worked up about. After all, wouldn’t it be shortchanging this story not to show a wrenching parent-child separation?

But you also wonder if there couldn’t have been a way to tell this story that could hang onto the lyricism and the vivid sense of place that initially distinguished “Blue Bayou,” while ditching some of the melodrama that eventually takes it over. But make no mistake, they’ll be breaking out the tissues when Focus Features puts “Blue Bayou” in U.S. theaters in the fall.

Focus Features is releasing “Blue Bayou” in theaters on September 17.