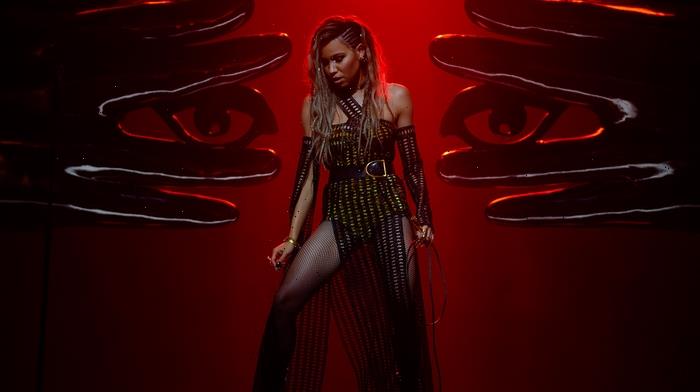 A Black Canary movie is on the way, with Jurnee Smollett reprising the role she played in Birds of Prey, and Misha Green on board to write the script. Green and Smollett previously worked together on Lovecraft Country. Like the upcoming Batgirl and Blue Beetle movies, Black Canary is being developed directly for streaming service HBO Max.

Cinelinx reports, and Collider confirms, that a Black Canary movie is currently in the works for HBO Max with Jurnee Smollett reprising the titular role. By all accounts, the movie is still in early development, so there aren’t a whole lot of details to report. That said, Misha Green is on board to write, making the movie a reunion of sorts since Green and Smollett previously worked together on Lovecraft Country. There’s also a chance that Green could direct the film, but nothing is official yet, and Green is currently attached to direct Tomb Raider 2. She’s also writing the Jennifer Lopez action film The Mother. Sue Kroll, who produced Birds of Prey, will produce the Black Canary movie via her Kroll & Co. Entertainment production company.

Smollett played Black Canary/Dinah Lance in Birds of Prey (And the Fantabulous Emancipation of One Harley Quinn), a damn good movie that deserves some respect, thank you very much. In the film, Black Canary was a metahuman (that’s what they call superheroes in the ole DCEU) with a supersonic scream she inherited from her mother. She worked as a singer at the nightclub owned by the villainous Roman Sionis/Black Mask and secretly informed on his actions to Gotham City cop Renee Montoya.

Of all the characters in Birds of Prey to get their own spin-off, Black Canary is an interesting, but not unexpected choice. Smollett has real movie star charisma, and she absolutely killed it in Lovecraft Country. As for Birds of Prey, it’s currently streaming on HBO Max right now. Go watch it.

In addition to upcoming big-screen DCEU movies like Aquaman 2, Warner Bros. seems to be going all-in on titles being made directly for HBO Max. In addition to this Black Canary movie, there are also Batgirl and Blue Beetle movies in the works directly for the streamer. On top of that, there’s also the upcoming Green Lantern TV show, and another show spun-off from Matt Reeves’ upcoming The Batman (a title outside the DCEU). That show will focus primarily on the cops within the Gotham Police Department

Could HBO Max follow in the footsteps of the CW and create one big universe where all these shows crossover? Perhaps, although the Gotham PD show crossing over seems unlikely since it’s in a completely different timeline — unless everyone wants to get all weird and start bringing in multiverses. Then again, the upcoming The Flash movie is doing just that — introducing a whole alternate timeline where Michael Keaton is still playing Batman. So I suppose anything is possible.