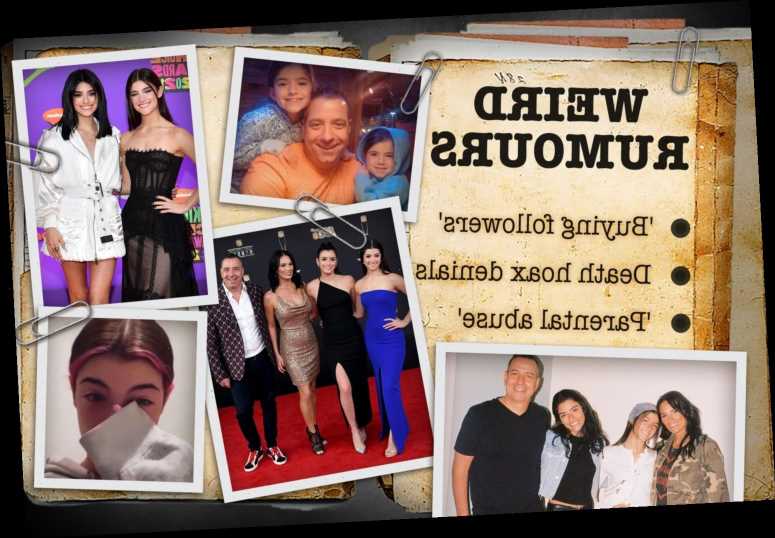 THEY made over £5.2 million in just one year and collectively boast a staggering 160m TikTok followers.

But as successful sisters Charli and Dixie D’Amelio’s popularity skyrocketed, so did the outlandish conspiracy theories that surround them. 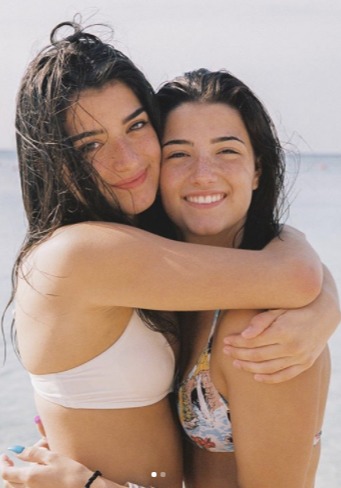 While there’s no denying their fame has meant the teens are able to live a life of luxury – buying £23k trainers and commanding up to £75k per post – the sisters have also been at the receiving end of some very concerning rumours including a disturbing suggestion their parents have "forced" them to become social media stars.

Both teenagers have denied the claims and there is no suggestion any of the abuse claims are true.

From fake rumours Charli ‘died in a car crash’, to accusations their parents 'control' their careers, here, we take a closer look at the claims, and how the stars have responded to clear up any misunderstanding…

'Why do Dixie's parents treat her so bad?!'

They may only be teens, but Charli, 16, has amassed 110million followers on TikTok and older sister Dixie, 19, now has just under 50million.

So it comes as no surprise their astronomical success has meant the whole family are set to star in their own reality TV series on Hulu, called The D’Amelio show. 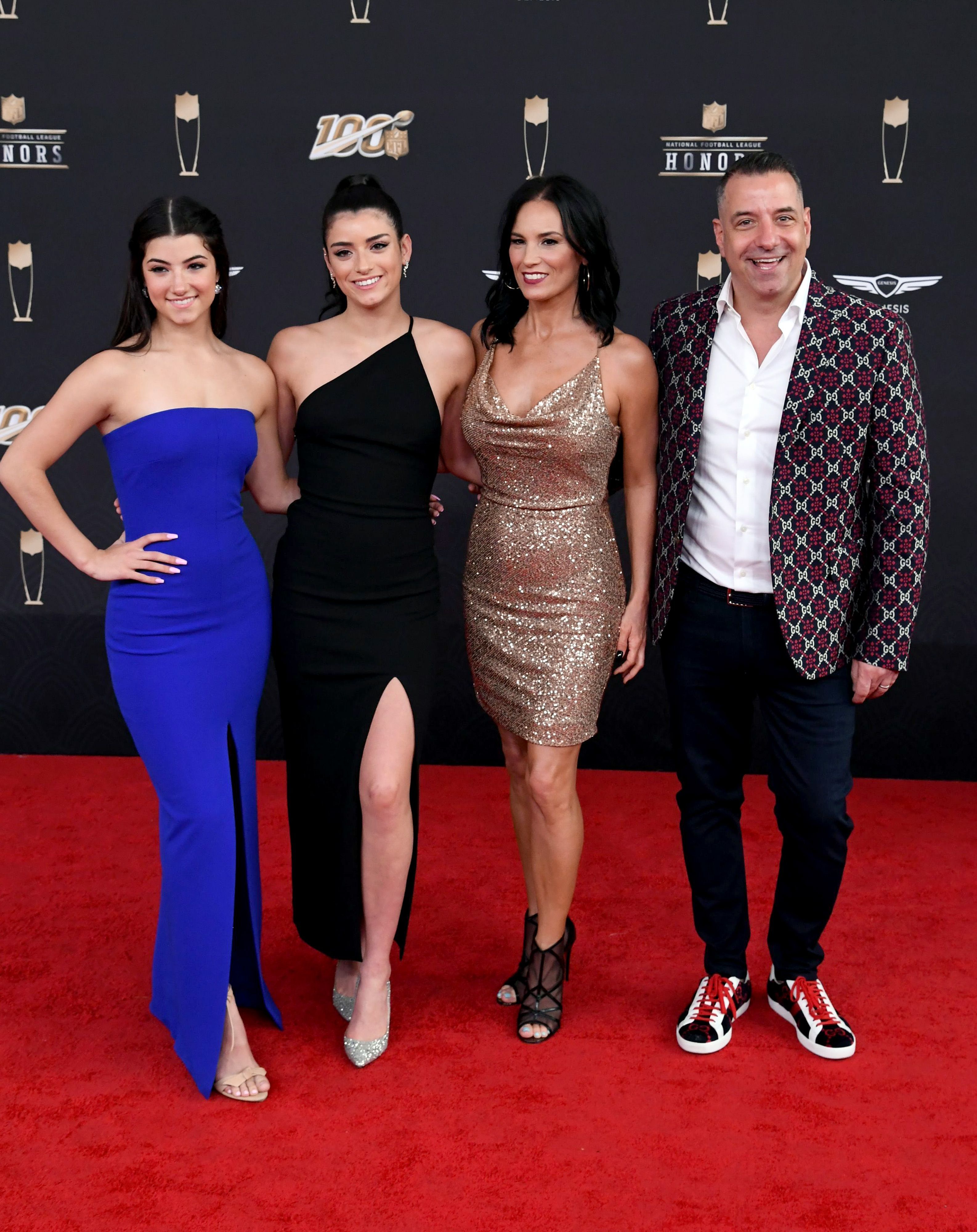 The series will follow the sisters and their parents Marc, 51, and Heidi, 48, as they navigate their rise to fame.

But while the whole family are set for super stardom and the sisters have been fortunate enough to buy their family a multi-million-pound mansion in LA, some fans have questioned if it's all 'happy families' behind closed doors.

A seemingly tense moment in an advert for the series promoted on the D'Amelio reality TV show's Twitter account was picked up on by some commentators, who noticed at one point Heidi appears to lightly grab Charli's arm – and is quickly brushed off by the scowling teen.

Last November, several news sites also reported one follower commented on one of Dixie's posts, saying: "Why does Dixies parents treat her so bad?!" (sic).

To extinguish the claim before it escalated any further, Dixie reportedly quickly responded, saying simply: "they dont." 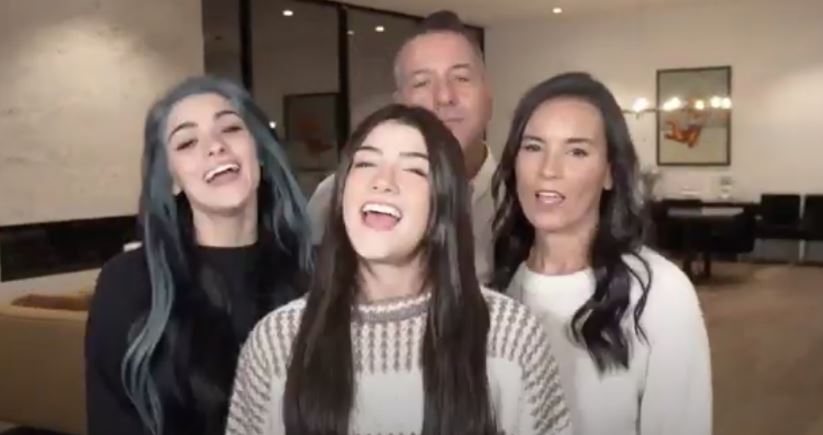 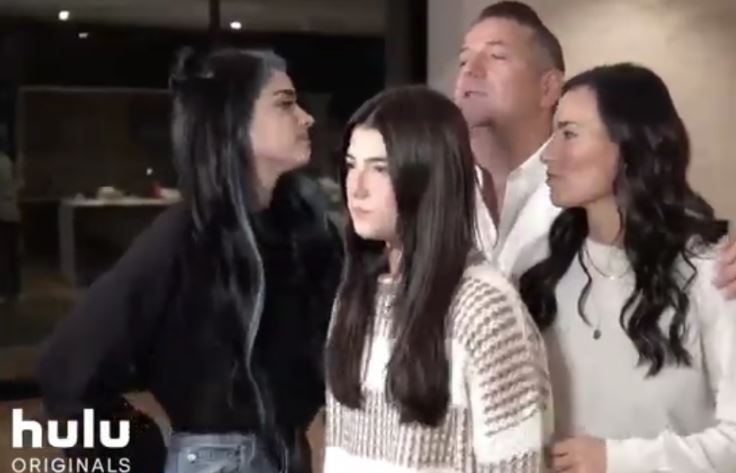 But while Charli and Dixie have insisted they've always been lucky enough to have supportive parents who back their social media careers, some fans have expressed concern over their relationship with their mum and dad. 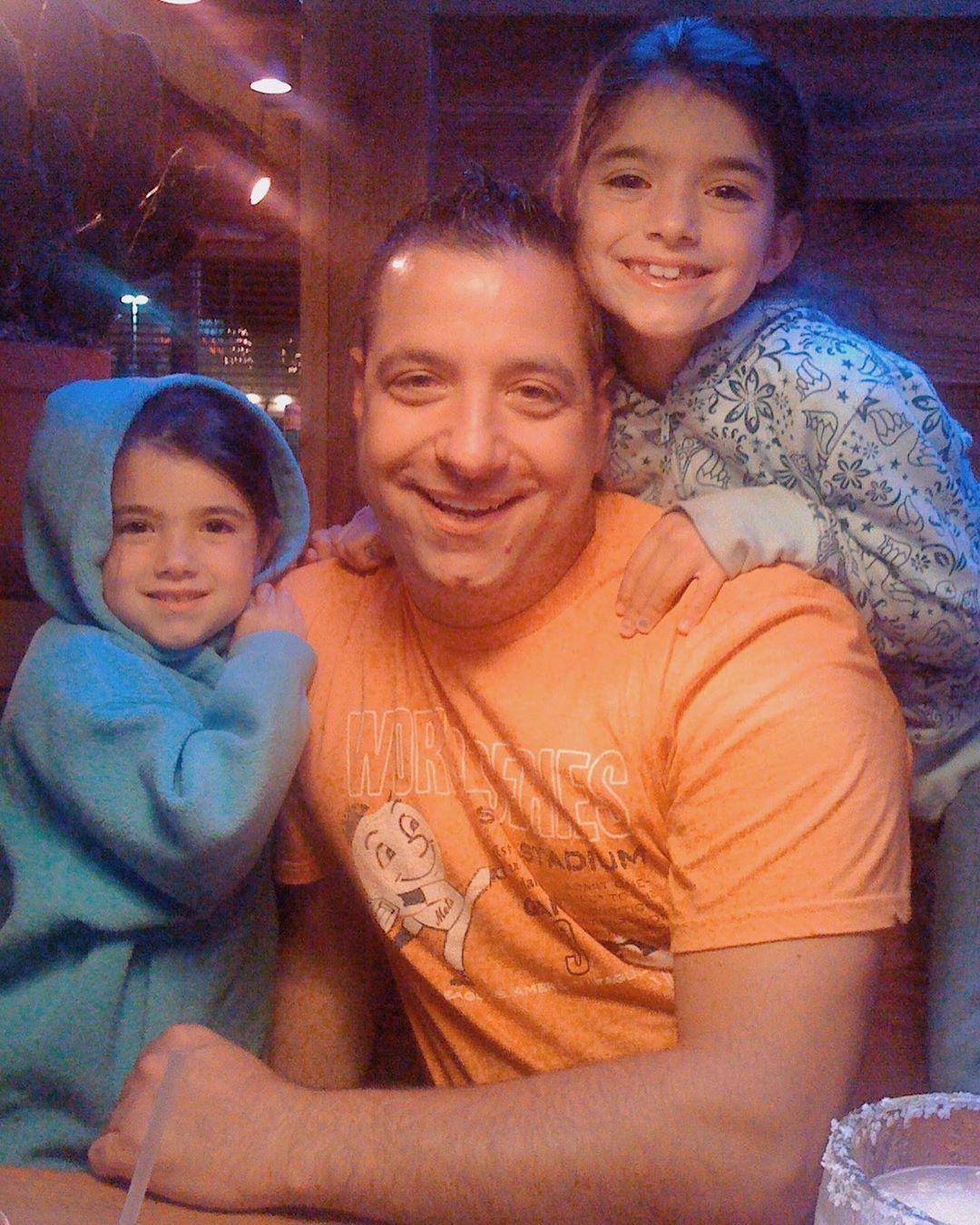 Clearly upset by unfounded claims relating to her family, Charli even hit back at one comment, saying: "I am so fortunate to have such amazing parents and when people spread fake hurtful and false rumors about my family I have to put my foot down.

"I have an amazing dad and family who have never hurt or have taken advantage of me ever please stop spreading these lies.

"If I am not in the mood to post I don't, no one is forcing me. My parents care about my mental health more than anything."

A post shared by First Ever Tiktok Shaderoom (@tiktokroom)

Putting on an act?

While it's not known what the exact comment was to prompt such a statement, dozens of fans have recently been commenting on how unhappy she appears.

The star receives thousands of comments on every post, with fans sharing opinions such as: "You can tell she's tired of doing this and pretending to be happy," and "It doesn't seem the same watching these TikToks, there is no more happy and energetic Charli." 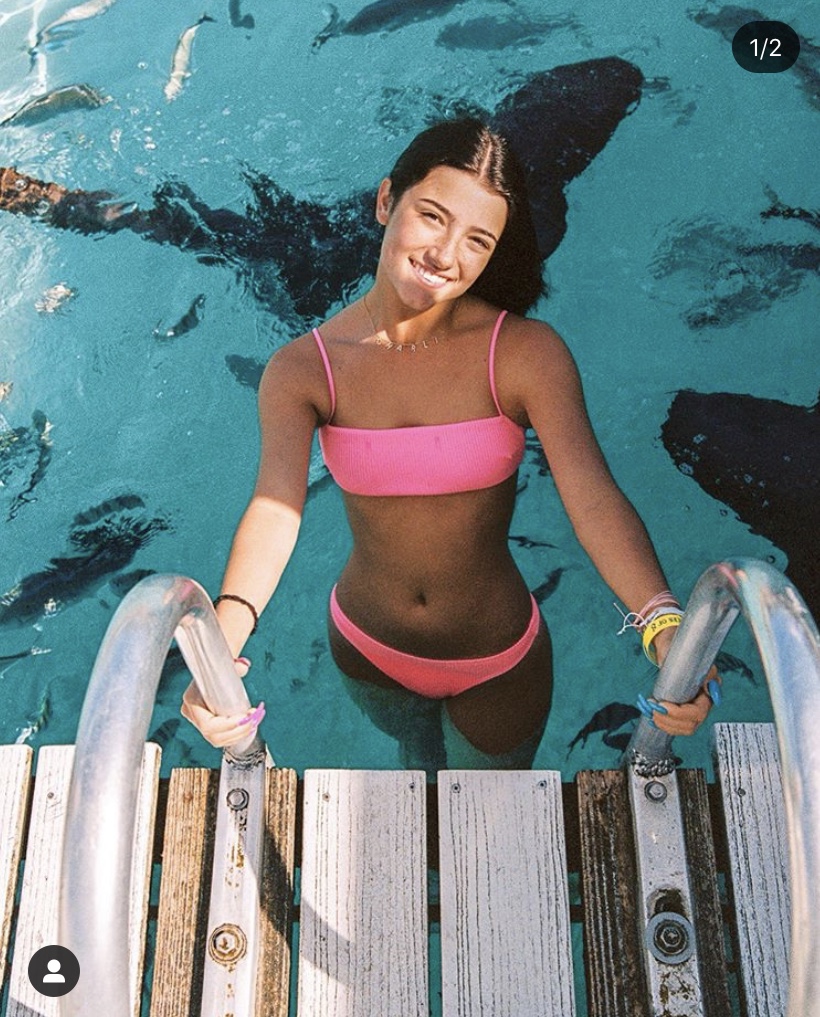 However, if there was any truth in rumours Charli was unhappy, the abuse she gets online could be responsible.

Breaking down in one Instagram Live after she and sister Dixie were accused of being rude and "disrespectful" to their private chef, Charli – who lost over 1m followers as a result of the incident – said: "Blatantly disrespecting the fact that I'm still a human being is not OK at all. 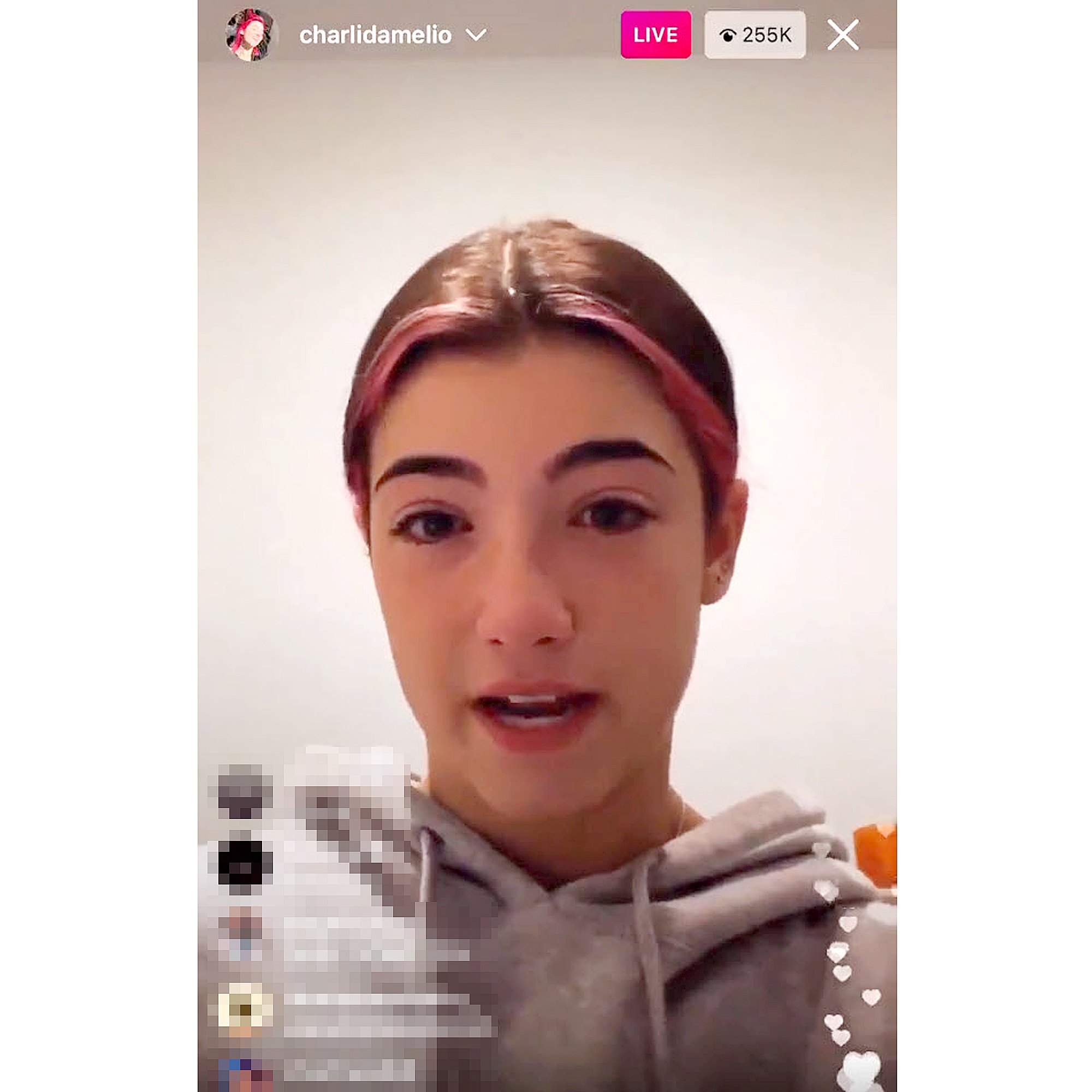 The outlandish conspiracy theories aren't only about the sisters' family either.

Fans flocked in their droves to Charli's TikTok this week following a sickening online rumour she'd died in a car accident was circulated.

Commenting on a dance video Charli posted with sister Dixie three days ago, one fan said: "People are saying she died…" Another added: "Me coming to her page bc ppl said she died in a car accident."

This prompted Charli's dad Marc to address the claims, tweeting: "Charli's alive!", a post that was liked over 22k times.

Another wild accusation has been reported by Paper Mag, who uncovered a conspiracy theory that the sisters' dad 'bought' their followers. 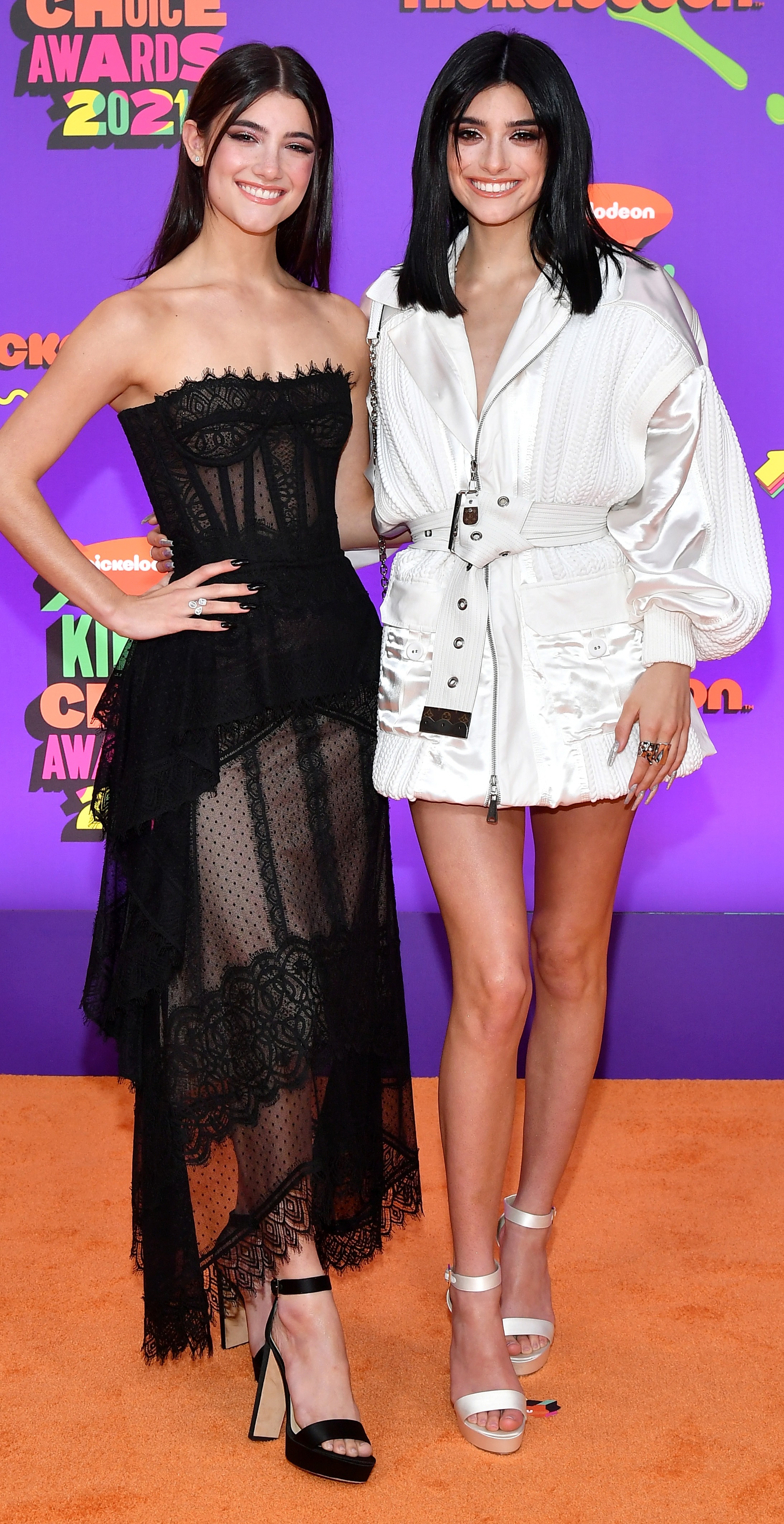 Thankfully, despite such unfounded negativity, the rumours and theories have done nothing to quell the girls' success so far.

Both are still capitalising on sponsorship deals and landing job roles off the back of their social media success.

It seems despite their young age, they both know with fame, comes scrutiny and rumours, and thankfully their family appear to provide the support to deal with this.