Bill Bailey surprised both the Strictly Come Dancing judges and viewers when he performed his Quickstep in week two, scoring a respectable 24 points. Now Bill has waltzed his way into the final with Oti and will perform the captivating routine once more. Reflecting on his Strictly journey so far, Bill explained how he was glad Oti wanted him to take the show seriously.

Speaking to Zoe Ball on It Takes Two on Monday about reaching the final with Bill, Oti remarked: “I think I have been saying for the past three weeks to Bill, ‘Oh my goodness, how are we here?’

“Every single performance that we have to do has to come from a place of gratitude and joy because for me, it was never about making it to the final.

“I wanted people at home to watch Bill Bailey and think, ‘Oh my goodness, if he can do that, then I can do anything.’

“That was the message every single week that I kept saying.” 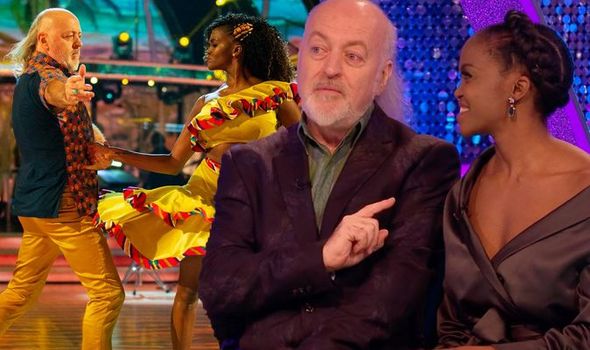 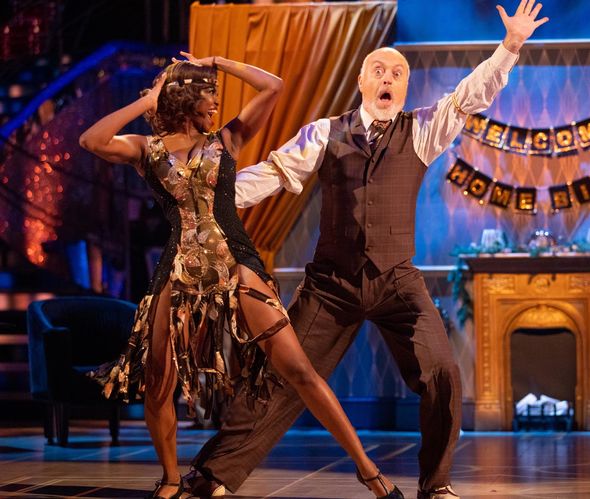 Bill replied: “I’m so glad that you did that because very early on, when we started training, I recognised that Oti saw I was going to take this seriously.

“I totally respect the fact that you saw that in me and you said, you made the decision that ‘No, you’re not going to be the goofy one, that just does the silly stuff and gets fired out of a canon dressed as a badger.’

“Although, if that had been on the table, I would have taken it. There is still time.”

Bill is currently the odds-on favourite to win Strictly Come Dancing at the weekend. 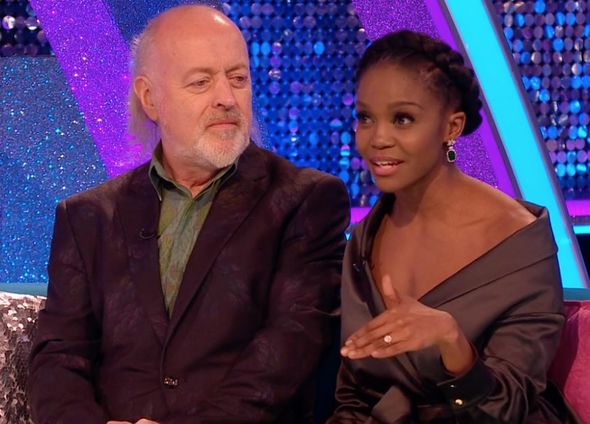 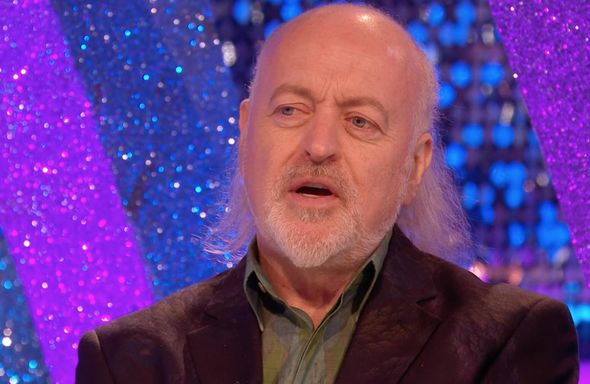 The bookies have slashed Bill’s odds of going all the way to just 10/11, making him favourite once again for the Glitterball Trophy.

Elsewhere, HRVY is a 7/4 shot in the betting with Maisie Smith just behind at 5/1 and Jamie Laing being the show’s rank outsider at 33/1.

Alex Apati of Ladbrokes said: “On paper this is undoubtedly the closest Strictly final we’ve ever had.

“Bill and HRVY have chopped and changed at the head of the betting and it looks as though Maisie has started to peak again at just the right time.”

This weekend for the final, Bill will perform the Quickstep and Street/Commerical routines again as well as his Show Dance, which is to The Show Must Go On.

If he wins, Bill will be the oldest celebrity to lift the Glitterball Trophy, and it would be the second consecutive year Oti has won.

Bill has previously opened up about how he had prepared to be the “joke act” of the series.

He told Mirror Online: “I fully expected not to be able to do it.

“I had the full range of outcomes I’d prepared for from being the joke act that goes out first, to actually even worse, just falling over in the middle of the routine, lurching, knocking one of the judges off their chair, setting fire to the studio, kicking a camera over, seeing the set burst into flames.”

Will Bill be able to deliver Oti her second Strictly Come Dancing win?