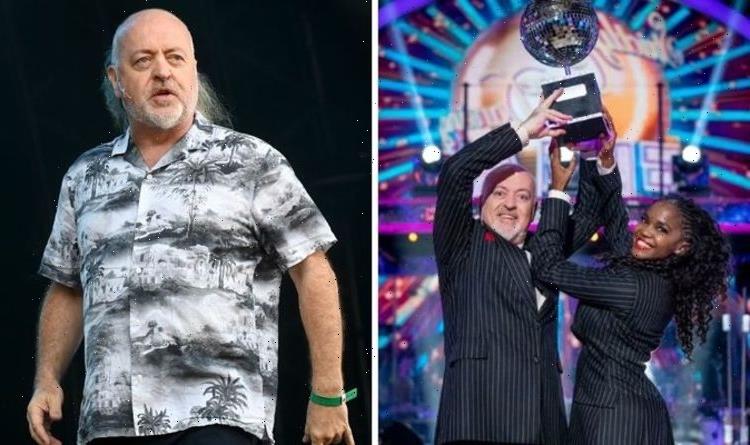 As last year’s Strictly Come Dancing winner, Bill Bailey, 56, is still wrapping his head around the whirlwind BBC competition. Since lifting the Glitterball Trophy, Bill has continued to dance and is gearing up for a new comedy tour. Speaking exclusively to Express.co.uk, the comedian talked about Robert Webb’s exit early on in the series and explained the heavy demands of the show.

Back in October, promising contestant, Robert Webb was forced to pull out of Strictly Come Dancing due to ill health.

The former Peep Show star made the decision to exit the show due to a heart condition.

Bill explained: “I sent him good wishes and said that your health is paramount, and it’s the completely right thing to do and so and wished him well.

“And I think that he was seriously concerned and I knew that he had gone through this operation a few years ago, and it was so serious.

“It was this something which does make you much more aware of your health and what you’re putting your body through.

“And if there is one thing this show is, it’s very physically demanding.

“There’s no doubt. There are lots of different levels, there’s the dancing but also it’s quite intense concentration and there’s a lot of pressure and you’re putting yourself under stress.

“And if there’s any hint that that’s going to impair your health and of course, the right thing to do is to just to pull out.”

He added: “But it’s a shame because I think he was really enjoying it and he was a great contestant and a great partnership – they were great fun.”

The actor and comedian will be kicking off his new tour, En Route To Normal, next month.

Following a forced touring hiatus due to the pandemic, Bill will be making his long-awaited return to the live stage.

Kicking off in Plymouth on December 12, the tour will see Bill performing all over the UK, before wrapping things up at Belfast’s SSE Arena on January 15, 2022.

Speaking about going back to comedy after the pandemic put his work on pause, Bill told Express.co.uk: “There’s a lot of the elements in my shows which are all present.

“So there’s a lot of music and stories and recollections of others, and it’s to sort a way of finding some meaning and all of this.

“That’s the kind of aim, whether I’ll get there is another thing entirely – we’ll see.”

The reigning champion of Strictly Come Dancing confirmed he had used some elements of the pandemic as inspiration for his show.

“I mean, you know, the title of the show actually predates Covid, which seems odd.

“It seems I predicted it – maybe I’ve been gifted some sort of sight.

“I think sometimes I come up with an idea for a show like a title or something, and the words sort of resonate with me and then it starts to mean different things like actually, I was doing some research on the show about the history of jazz and about how jazz began and it was at the time of the of the Spanish flu, the so-called pandemic in 1918, so there’s sort of parallels to our own situation now.”

Strictly Come Dancing continues Saturday at 6:55pm on BBC One.