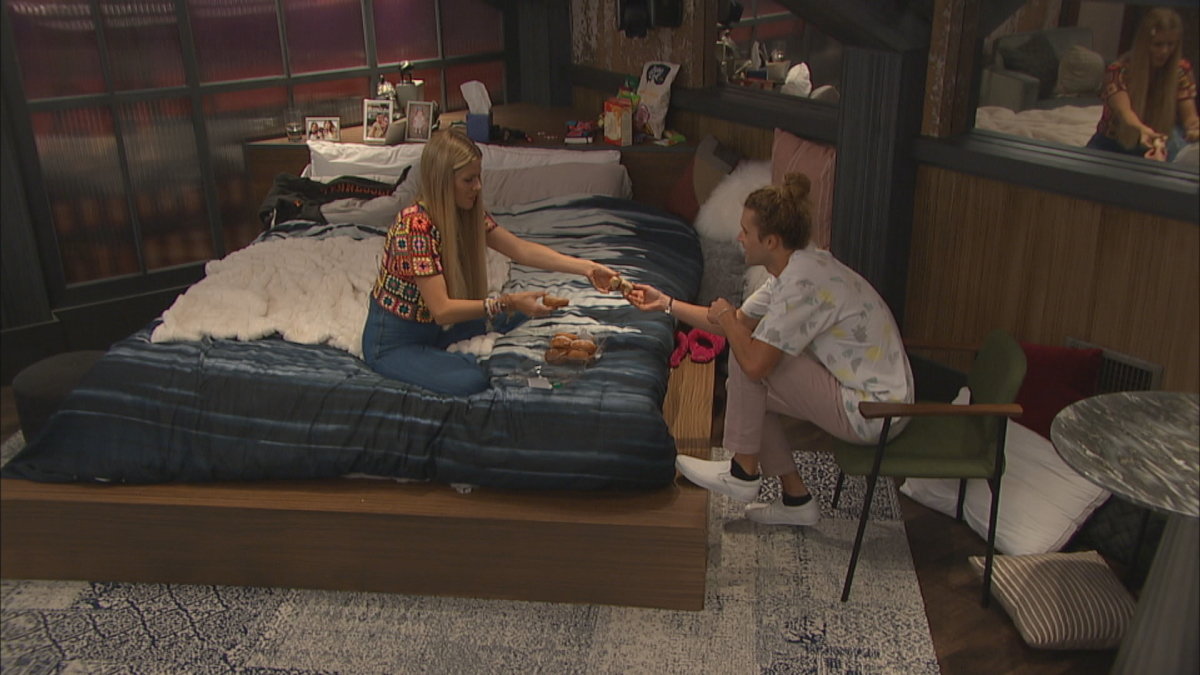 Big Brother All-Stars 2 has a new episode on Tuesday night. CBS had to shake up the schedule this week and it means a slight shift to when things will air on television.

A lot of drama took place during the last episode, where Daniele Donato won the Head of Household and then nominated Kevin Campbell and David Alexander for eviction.

For CBS viewers, though, there is a lot of additional drama to cover that has been playing out on the live feeds for the past few days.

A lot of that drama revolves around the Power of Veto, who won the POV, whether or not a BB Basement power got used over the weekend, and who is most at risk of going home at the next Eviction Ceremony.

On September 15, Big Brother 22, Episode 18 will air at 8/7c on CBS. It’s a one-hour installment and it is going to replace the Wednesday episode for the week.

Then, on September 17, Julie Chen Moonves will host the sixth eviction episode of the season. Someone is going to get voted out of the house and they will become the first member of the BB22 jury.

For the Tuesday night episode, producers are going to show footage of what happened on the night of the nominations. It will be an important segment that then plays into what happened at the Veto Competition.

By the end of the night, someone will have won the Power of Veto and will be tasked with hosting the Veto Meeting. It’s not completely clear if the Veto Meeting will be shown, as it was just taped on Monday. It’s possible they wait until Thursday to show it, but it could also show up on the Tuesday night episode.

There has definitely been enough action in the Big Brother house to fill up several episodes, so Tuesday and Thursday night will be very interesting to any CBS viewer who hasn’t been keeping up with the live feeds.

Big Brother news from outside of the house

Since getting evicted from the Big Brother house, Bayleigh Dayton has been doing a lot of interviews. One interview she did was with Entertainment Tonight where she addressed all of the drama that involved Christmas Abbott.

Bayleigh even shared an image on social media of her posing with the new Tesla that husband Swaggy C bought her as a welcome home present.

An amusing video was also shared by former Big Brother All-Stars 2 cast member Kaysar Ridha as he was hanging out with Swaggy C. Kaysar is looking a lot better now that he doesn’t have to deal with the drama from the game.