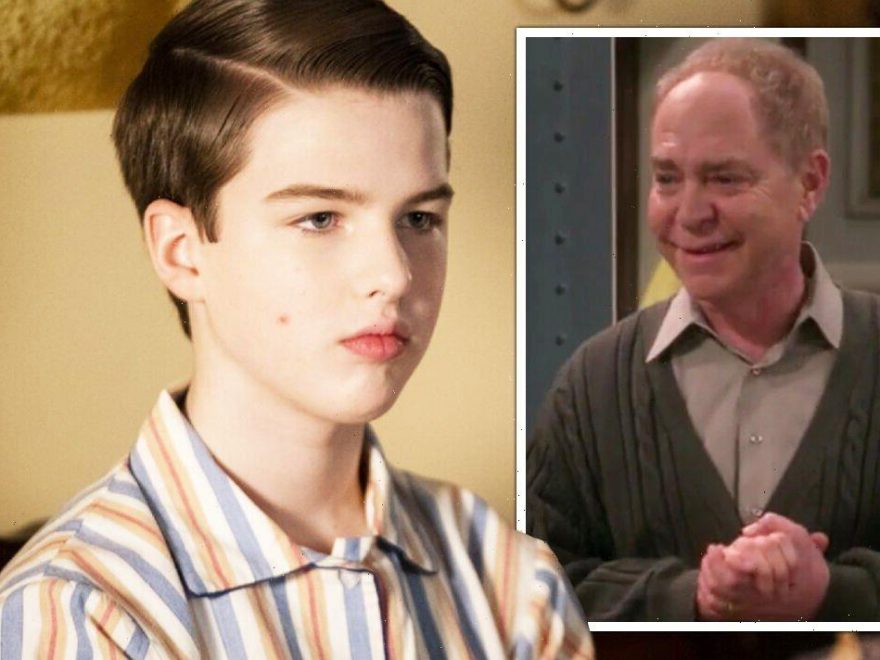 Stage magician and TV presenter Teller appeared without his partner Penn Jillette as Larry Fowler, the father of Amy Farrah Fowler (played by Mayim Bialik) in three episodes of the hit CBS sitcom, The Big Bang Theory. The legendary performer will now be returning to the franchise for a special guest spot in the upcoming Young Sheldon finale, though this time the magical double act will remain intact.

Penn and Teller will be giving puberty advice to young genius Sheldon Cooper (Iain Armitage) in the next episode of the hit Big Bang spin-off.

Teller previously played his father-in-law Larry when the adult version of Sheldon portrayed by Jim Parsons was still on screens.

However, Teller will now be stepping into a more familiar role as the silent sidekick Pus to Penn’s Acne Vulgaris.

In the season five finale airing this Thursday, a 12-year-old Sheldon becomes anxious when the first signs of puberty begin to emerge.

When he gets his first pimple, the personification of Acne and Pus appear to reassure him the changes are just a natural part of life.

Some fans may be surprised to see Sheldon’s father-in-law in a completely different role, so series co-creator Steve Molaro has explained their reasoning behind the unexpected casting.

“We thought it was a fun idea to personify the pimple, so we were thinking about who would be right for Acne Vulgaris,” he said.

“When we landed on Penn, he seemed so perfect, and it’s hard not to think of Teller when you think of Penn.”

Penn and Teller are rarely seen apart when they make their frequent TV appearances and cameos.

Once Penn had signed on, Steve thought it was only right to complete the double act for a fittingly star-studded conclusion to Young Sheldon’s first five years on air.

He recalled: “Once Penn agreed to do it, we circled around to say, ‘How would you guys feel about doing it together, as Acne and Pus?’”

“They were very into it, and just a delight to work with from beginning to end.”

“He knew what it was, and I think he knows this is set in the past,” he laughed.

“It’s a [different set of] characters here, and you know it’s Penn and Teller.”

The end of season five will take the boy genius in a rather darker new direction, as his burgeoning adolescence is just the beginning of his family’s problems.

Steve added: “We were attracted to the idea that something as small and simple as a pimple could cause such psychological torment for him.

“It’s interesting to see the onset of puberty, and to touch on Sheldon’s feelings about all the problems that the adults are having around him. Now that he’s becoming an adult, is this what life has in store?”

With his parents hunting for new jobs and Georgie (Montana Jordan) preparing for fatherhood, Sheldon may find himself having to take on extra responsibilities before he’s had the chance to process his own transition into adulthood.

Young Sheldon season 5 concludes Thursday, May 19 on CBS in the USA. A UK release is yet to be announced.