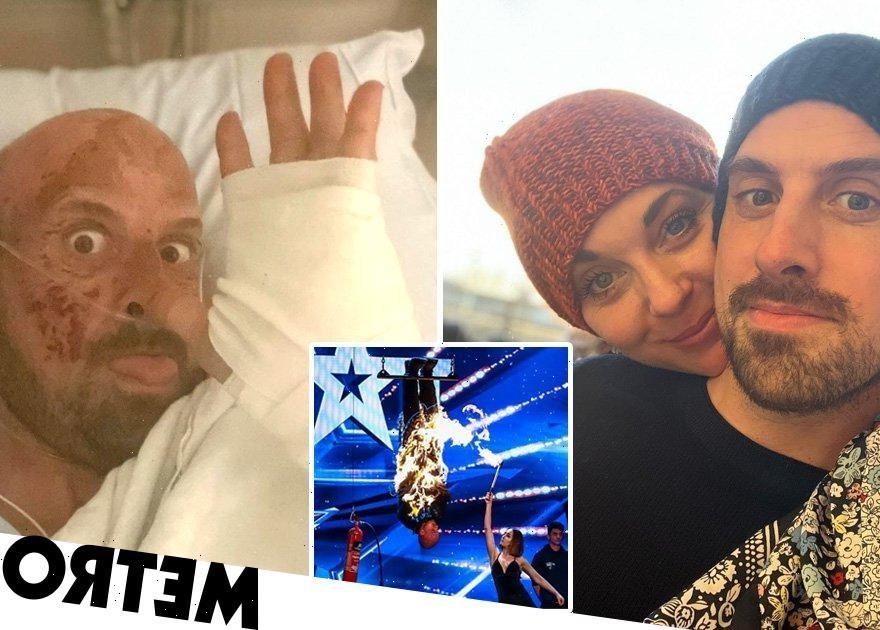 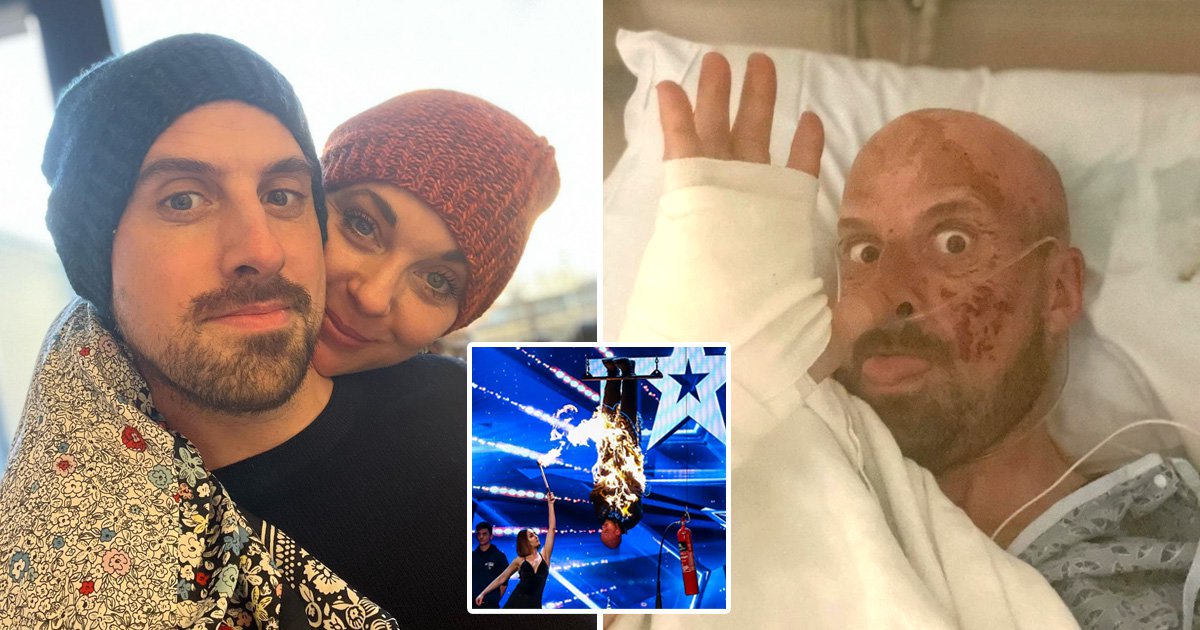 Britain’s Got Talent star Jonathan Goodwin has shared a photo of himself in his wheechair after he was left paralysed following a stunt going horrifically wrong.

The daredevil, who’s engaged to Sherlock actress Amanda Abbington, suffered life-changing injuries following the accident, which happened when he was rehearsing for America’s Got Talent: Extreme in October 2021.

Holding his pet dog in his lap, Jonathan, 42, can be seen smiling in his wheelchair, as he shared a positive update.

‘6 months ago I went to rehearse something and left this little hairy monkey waiting patiently for me…he didn’t see his dad again until just a couple of weeks ago and when he finally did, dad had new cool wheels,’ he wrote.

‘A lot has changed in the last 6 months, but love is a constant and I’m very very loved. Looking forward to my next chapters and being a roll model.’

Jonathan, who rose to fame on the 2019 series of Britain’s Got Talent, was performing a stunt in which he would hang upside down 30 feet in the air between two suspended cars and escape from a straitjacket.

However, the cars were released too early and he was crushed between them as they caught on fire.

He was hospitalised, with his fiancee Amanda, 48, revealing the horrifying extent of his injuries.

‘He fell 30 feet and lost a kidney, broke both shoulder blades, shattered both legs,’ she said.

‘Third degree burns, broke his spine and severed his spinal cord and, nearly died. And then on the operating table, he nearly died again,’ she added to Out To Lunch podcast with Jay Rayner.

Thankfully, he survived and has been keeping fans updated on his recovery.

Jonathan previously told fans after his accident: ‘There is a long road to recovery and that won’t look like what it did…

‘I may leave the daft s**t alone for a while, but I have a lot left to do in this world.’

At the time, America’s Got Talent: Extreme paused production after the incident to ‘focus on the wellbeing of crew.’

A statement from the show read: ‘Our thoughts and prayers remain with Jonathan Goodwin and his family as he continues to recover from his accident on Thursday.

‘In order to focus on the wellbeing of our crew, we will be temporarily pausing production on America’s Got Talent: Extreme and will resume the last few days of filming at a later date.

‘The health and safety of our cast and crew continue to be our priority.’

Amanda confirmed her relationship with Jonathan last year, with the pair getting engaged just half an hour after meeting in person for the first time.