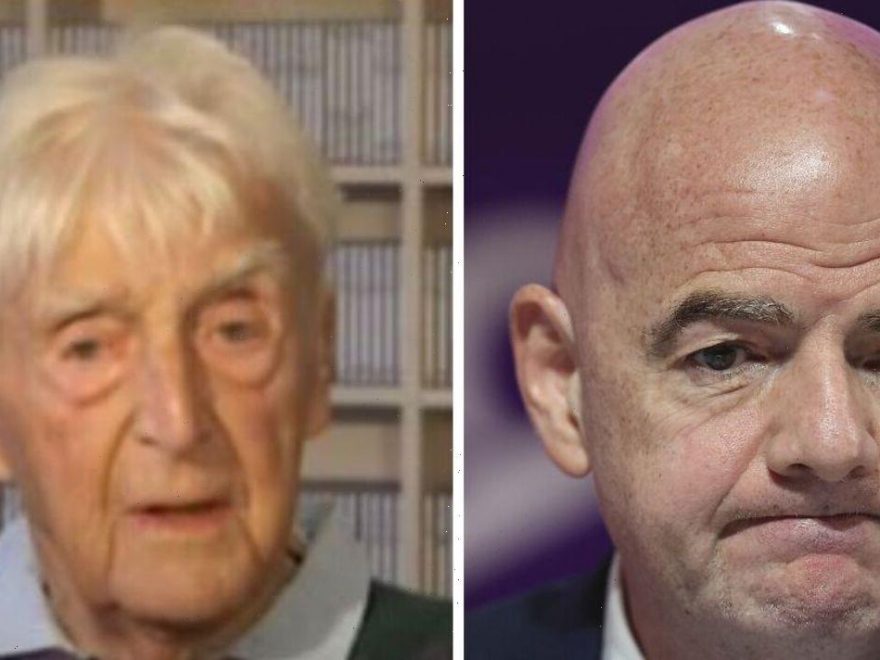 On Wednesday’s instalment of Good Morning Britain, hosts Susanna Reid and Richard Madeley spoke to legendary journalist Sir Michael Parkinson. During their chat, the 87-year-old spoke about the current situation happening with football and the World Cup.

As Michael Parkinson has spoken to a number of famous faces throughout the decades, Susanna asked if there was one person he’d interview right now, who it would be.

Responding, he told the GMB hosts it would be with Mr Putin and for him to sit down and be asked what is going on.

He continued: “I mean, that’s THE interview because the future of the world as we know it hinges on something like that. I wouldn’t want to do it myself.”

Cutting in, Richard asked: “What about the president of FIFA? Would you like to talk to him?

Michael responded: “Oh well no, he’s beyond redemption! Let him crawl away and whither. What’s happened to football?!”

He said that the trouble with football these days is that it’s now gone beyond its meaning.

Speaking to the two hosts, he commented: “It’s been transferred to another world which is totally unreal.

“It’s just too silly for words, the people who are running the game should be thoroughly ashamed.”