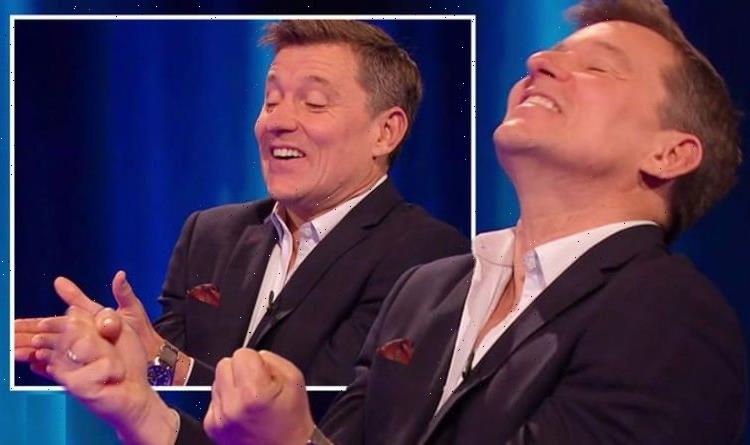 On Thursday’s Tipping Point, Ben Shephard welcomed four new contestants all hoping to try and pocket some serious cash from the famous ITV machine. Contestants Phoebe, Fiorella, Hugh and Ricky were the four tasked with answering Ben’s brainteasers but after a series of nail-biting challenges, it was Phoebe who made it to the end to try and lure the jackpot out of the machine. However, she missed out on £10,000 – despite the stage looking set for her to topple the jackpot counter off the shelf.

After seeing off the competition, Phoebe joined Ben for the final round with £1,900 in her prize fund.

Phoebe spotted a “double money” counter in drop zone two and the prospect of bagging £20,000 was too good to turn down.

She dropped the jackpot counter into the second drop zone and got to work answering Ben’s brainteasers.

To do so, she’d have to answer questions from the following categories; Sport, Film, Art, Astronomy, Geography, and Celebrities.

Phoebe impressed, answering the majority of her questions correctly and watched the jackpot counter edge closer and closer to the drop zone.

So much so, it appeared only one last budge would knock the counter off but Phoebe was in a dilemma – the jackpot was poised between drop zones two and three.

And after Phoebe used up all her counters and answered all of Ben’s questions, she’d £3,050 racked up in her prize pot.

While the jackpot was on the edge, its position between the two zones meant Phoebe took the money she’d earned instead of trading it for three extra counters.

However, Ben played out the scenario anyway to see if she’d made the right decision – and after just two of the counters it became clear she hadn’t.

The jackpot toppled into the win zone and left both Phoebe and Ben agonising.

“Phoebe, no!” Ben shouted as the counter dropped. “Did you see that?”

In disbelief, Ben held out his hands and said: “It’s just the most heartbreaking thing.”

As Phoebe stood with her hands on her hips, he continued: “I wanted to give you the jackpot!”

However, Ben consoled Phoebe by congratulating her on her win of £3,050.

Phoebe had hoped to go to South America with her winnings and Ben assured her she’d be able to do so – although he did admit if she’d “been braver” she’d have pocketed the five-figure sum.

However, those watching at home couldn’t believe Phoebe turned down the trade.

Twitter user @KyleSew2112 fumed: “It was on the flaming edge ffs #tippingpoint.”

@TR1PLE_6_ pointed out, however: “YOU WASTED THOSE COUNTERS IN ZONE 3!!! #TippingPoint.”

And @Bendavidson1690 weighed in: “That is absolutely brutal #tippingpoint.” (sic)