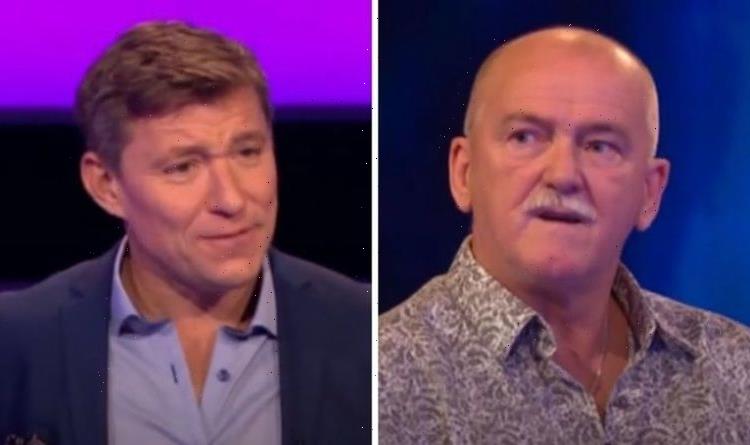 The ITV gameshow host was quick to point out the player’s mistake and make a jibe about him “getting his brain working” after he stated there were 51 weeks in February when not in a leap year. Ben Shephard, who also presents Good Morning Britain on the same channel, laughed as Ritchie, a contestant on Tuesday’s show, made the blunder. The host stated that 51 weeks would make February “one hell of a month” after commenting that Ritchie’s brain hadn’t been working.

During Ritchie’s turn for a quickfire round from Ben, he became stuck on an answer, which led to the mistake.

Unfortunately, he didn’t have much success in the series of fast-paced questions, but one wrong answer, in particular, stunned Ben.

The presenter asked: “In a non-leap year, the month of February is exactly how many weeks?”

The 47-year-old replied: “Four!” as he continued to laugh while he asked the next question.

Ritchie answered with the correct answer, China, but found himself out of time.

“China would have been right, Ritchie,” Ben explained.

“Somehow, you got your brain working for that one. Not for the previous one.

“It’s just one correct answer for you there, Ritchie.”

Ben repeated: “In a non-leap year, the month of February’s exactly how many weeks long? 51 weeks!

“That’s one hell of a month, Ritchie,” Ben continued to tease.

The player responded: “That Robin Williams [question], that was it.”

The previous question had asked who voiced the Genie in Disney’s Aladdin, which Ritchie had answered incorrectly.

Ben replied: “Yeah, he was still in your head, he was stuck there, that happens quite often.”

Later, fellow contestant, Cara, ended up going through to the final leg of the show after beating Ritchie.

He added: “Ritchie I’m sorry, that means with £1,350 we have found your Tipping Point.

“Thanks for playing, Ritchie.”

Cara ended up leaving with £2,450 after struggling to get the jackpot counter to budge.

“Normally, at this point in the game I’d offer you a trade, three final counters for what you’ve got so far in the hope of getting the jackpot counter out,” Ben explained.

“Given that it is there on the top shelf I think I know what you’re going to say, I need to ask you nonetheless.”

Cara opted to take the money, which Ben described as “a lovely amount”.

Tipping Point continues on Wednesday at 4pm on ITV.