We have some news about Below Deck Sailing castmates Jenna MacGillivray and Adam Glick that will surprise absolutely no one!

It seems the couple has officially called it quits after a controversial first season on the Below Deck spinoff.

Adam was no stranger to the franchise, having appeared on past episodes of Below Deck Mediterranean.

The chef was not well-liked during his previous appearances on the Bravo show, but this time around fans shared a newfound hatred for him.

As for Jenna, her first stint on reality TV was anything but pleasant once she joined forces with Adam.

The two quickly became a couple and their blatant PDA during charters made many of their crew members uncomfortable.

At the Season 1 reunion, we were surprised to learn that the two were still trying to make their relationship work.

But now, Jenna has moved on to someone new.

Jenna talks about a new man in her life

The hateful comments against Jenna seem to have calmed down a bit since the season of Below Deck Sailing has now ended.

So she recently opened up her Instagram for fan questions.

During the Q&A, the chief stew pressed viewers to send in their questions for her to answer, and she shared a few of the responses.

What we’ve learned is that Jenna and Adam Glick are officially over, and she’s seeing a new man.

One viewer asked Jenna, “What’s the deal with Adam?”

And the reality TV personality responded, “The path was cleared for me to be my normal stoked self and find someone that shares my values.” 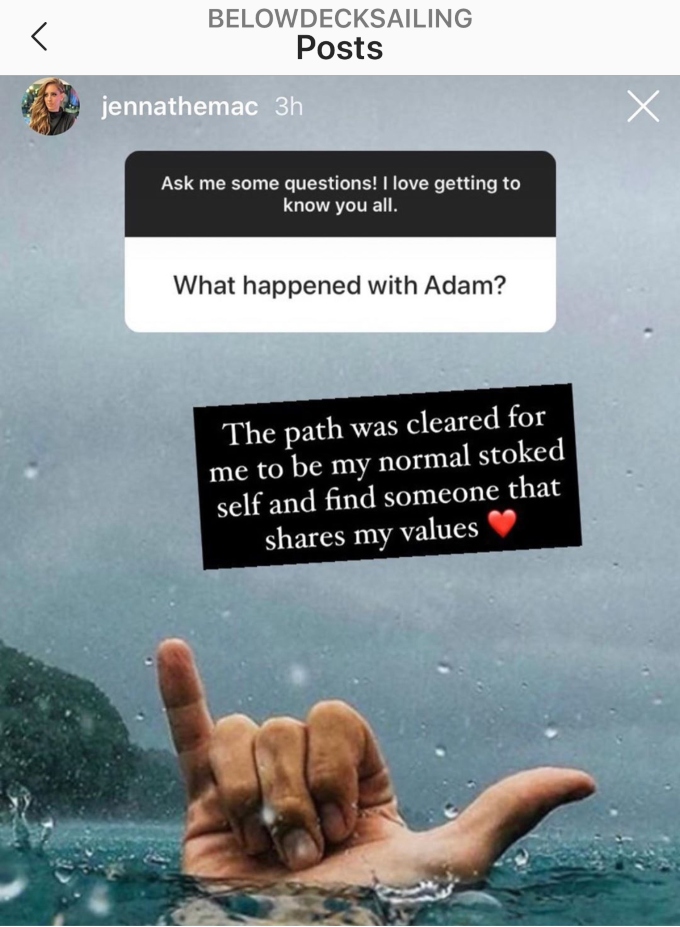 Jenna says she’s not a bi*#h

Another fan asked the Bravo cast member, ” What’s one thing you wished people knew about you that wasn’t shown on TV?”

“I wish my humor was demonstrated more,” she responded. ” I laugh with and love everyone in my life. I’m not a bi*#h in the least .”

The screenshots of Jenna’s Q&A was posted by a Below Deck fan page, @belowdecksailing. 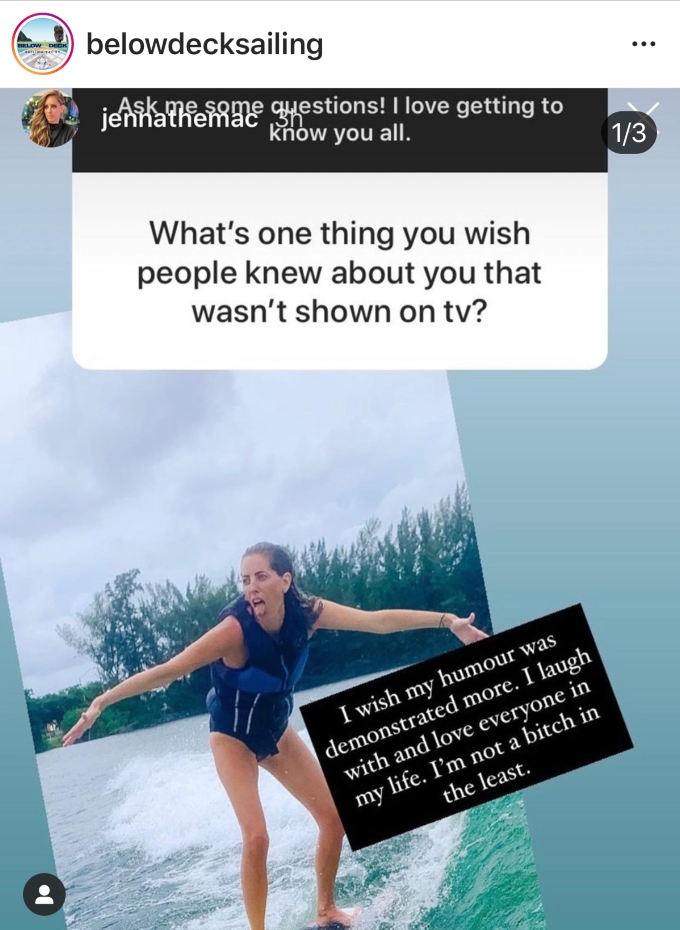 Once fans caught wind of the responses, the hateful comments came pouring in– with many people reminding Jenna about her behavior on the show.

The former chief stew even took to the comment section to respond.

“Cue the onslaught of ‘Jenna is so mean remarks!’ Gotta love it, she writes.

Adding, “I’m on a yacht right now with my stews and we laugh until we cry daily. Too bad you didn’t get to see that!”

Below Deck Sailing yacht is currently on hiatus on Bravo.