Courtney Skippon from Below Deck recently shared that she was called a “brat” for not exhibiting bad behavior and getting wildly drunk on the show. 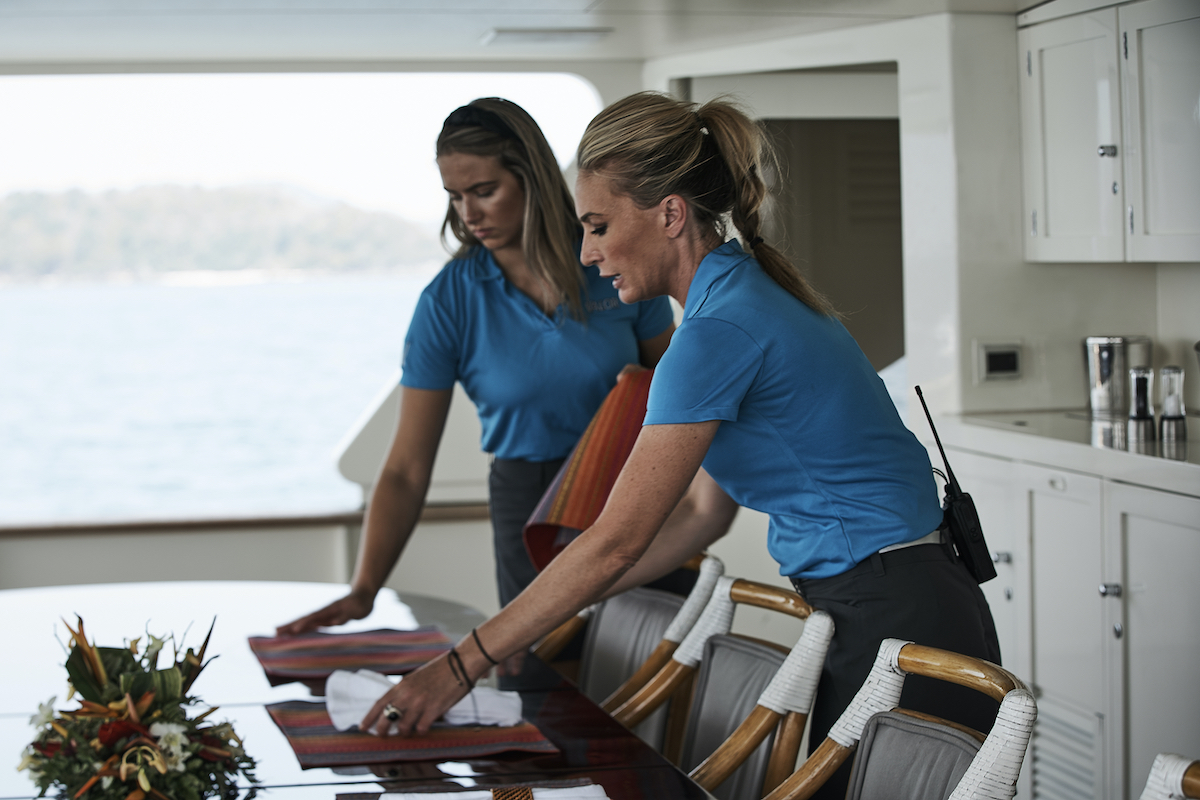 In fact, one camera operator told her that by staying sober and not acting out, she was only making his job harder and he argued with her. Skippon recently offered this insight on Twitter. She began the thread by sharing that, unlike the Housewives, the Below Deck crew is not given a salary from producers in addition to what they normally get paid to work on a yacht.

“When we join the show, it’s specified that we *have one job* and are paid only for our role on the boat, not on TV,” she tweeted. “After our last day of filming we are taken (hungover) back to the boat to film promo videos (dancing, ripping shirts off deckhands, etc..) .”

The show draws viewers for more than seeing the opulent lives of wealthy people on a yacht in an exotic destination. Many viewers come for the drama, which is what Skippon pointed out.

While Housewives are well compensated, Below Deck crew aren’t, which is why Skippon said she wouldn’t act out just for the camera. “I questioned why I wasn’t paid for this entire extra day of embarrassment and was reluctant to participate in something that I A) didn’t want to do, B) wasn’t paid to do (ongoing theme),” she remarked. “The camera guy kept mumbling things under his breath and calling me a brat.” She added “fourth wall.”

What viewers didn’t realize was that Skippon had a conflict with the camera operator. “We eventually got to bickering about how although I was not paid to do it, I would in fact hand over my entire pay (and firstborn child) to not have to,” she continued. “His reply was that I should give it to him because I was making his job (the one he was paid to do) harder.”

Skippon shared that the cameraman chef Rachel Hargrove flipped off was someone she’s had a negative encounter with too. “I have yelled at that same cameraman lol,” she tweeted.

‘I wasn’t an a**hole, so I didn’t have to worry about being edited as one’

Skippon shared that she had to participate in a promotional video after the fallout with the men on the boat. “I was so mad,” she shared in the Twitter thread. But added she did not realize how bad it was at that point.

The show also isn’t as heavily edited as some people believe, she tweeted. “It’s based on your actions. Editing is certainly selective, but it’s not untrue. I wasn’t an a**hole, so I didn’t have to worry about being edited as one.”

This means Skippon says she was there to do her job and not play to the cameras. She added that the Below Deck crew is also not paid to do additional interviews or to attend the reunion.