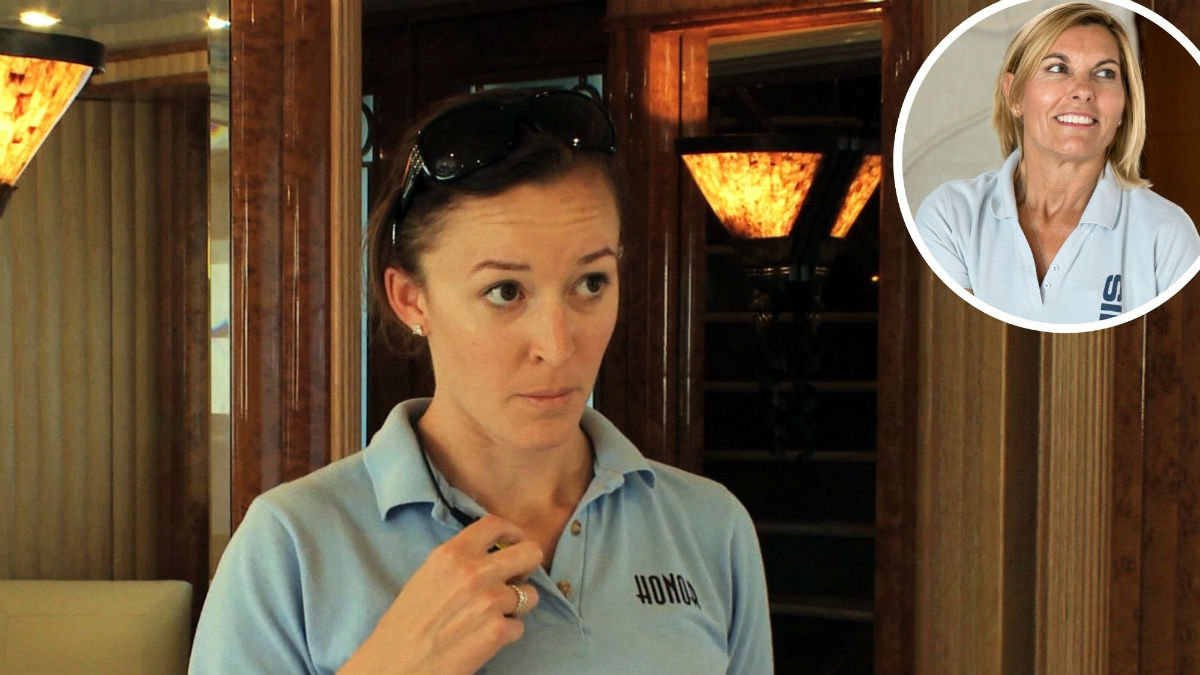 The former chief stew, who appeared on Season 1 of the Bravo show, is taking aim at the captain for being insensitive and spreading personal sexual information about another person. Captain Sandy had no right to make an inappropriate statement that she knew full well would find its way into the spotlight.

In a lengthy Twitter message replying to the Cameo video, Adrienne did not hold back in expressing her true feelings. She has no love for Malia or Captain Sandy after watching the current season of Below Deck Med.

Adrienne called the video vile. The Below Deck star reminded fans that she had her sexuality called out in a public forum, on reality television. She called the action hurtful before unleashing her wrath on the captain.

“As a gay human in the limelight, Sandy of all people should know how her words will impact someone. I am so disappointed and disgusted by this. It is made infinitely worse by the way she laughed about it,” Adrienne wrote.

The message wasn’t merely about Adrienne slamming the captain. She also had some words for Captain Sandy.

“Sandy most people aren’t big fans of Malia or her actions right now. The whole Bravo world is paying attention to what you are saying. This is not your story to tell,” the Below Deck alum expressed.

Adrienne sends a message to Malia

Although Malia is not her favorite person in the world, Adrienne gave her words of encouragement. She also showed that at least on this topic, Adrienne has Malia’s back.

“Malia, if this is true, then I hope you find your own way to tell your story. If it’s not, then Sandy owes you a Royal f**king apology,” Adrienne said. 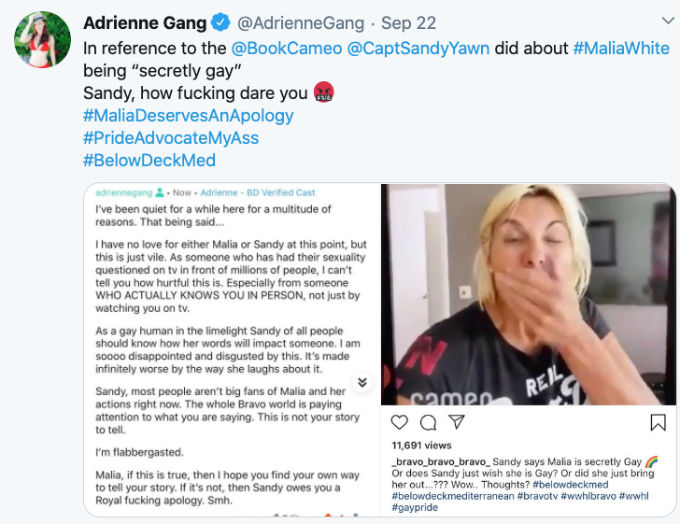 Malia has addressed the video, setting the record straight on her sexuality. Captain Sandy also issued an apology and explanation for the remark.

This is not the first time that Adrienne has called out her dislike of Malia or Captain Sandy. She blasted the two women for the way Hannah Ferrier’s firing went down. Adrienne has worked with Malia (not on camera) so she isn’t basing her opinion merely on television.

As for Captain Sandy, Adrienne has called her a sellout. She feels the captain had an opportunity to build women up this season on Below Deck Mediterranean but instead caved to the network’s demands of creating a drama-filled show.

Below Deck Mediterranean airs Mondays at 9/8c on Bravo.