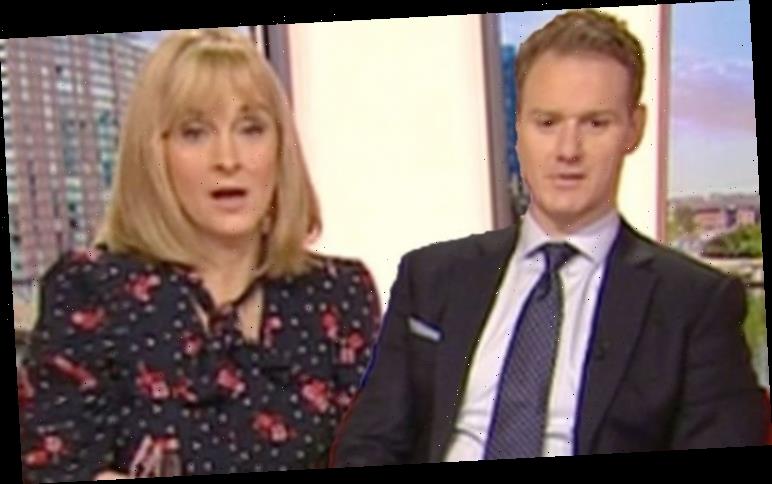 BBC Breakfast: Dan Walker says he ‘warned’ office he may not make it

One of the headlines on BBC Breakfast was the weather warning regarding the latest snowfall across the country. Explaining how he almost missed work because of the snow, Dan Walker had to warn bosses he may not make it into the office to present Tuesday’s show.

“There is a lot going on out there,” Louise Minchin commented after showing photos of the chaos the snow has caused.

Dan told her: “You should be thankful I’m here Louise,” as she replied: “I’m so thankful. We’re all thankful aren’t we?”

As Dan laughed he continued: “But the weather was ridiculously bad. I got up at stupid o’clock and I sort of warned the office early on I might not make it.”

“Well I did shout at you didn’t I when we were doing our make-up in separate rooms, ‘Have you seen the size of the snowflakes?’” Louise added. 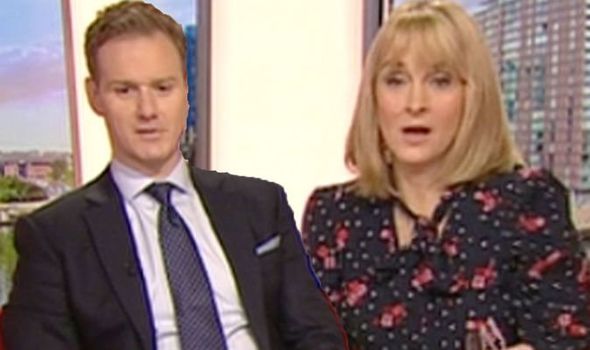 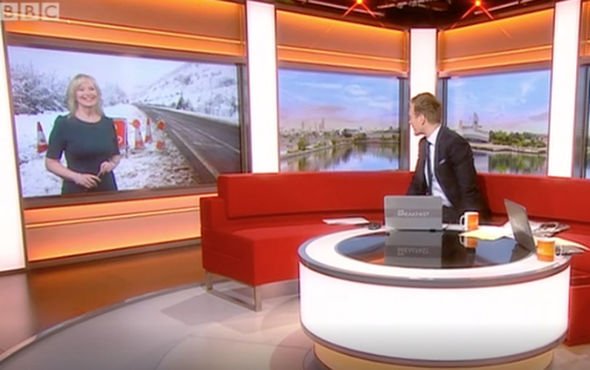 Dan continued: “Well, let’s find out from the chief. Good morning Carol, what’s happening out there?”

“Good morning, you are absolutely right in everything you have just said,” the meteorologist revealed.

“Some of the snowflakes are like big feathers falling down they are so big.

“The Met Office has, as Lou said, an amber weather warning out.” 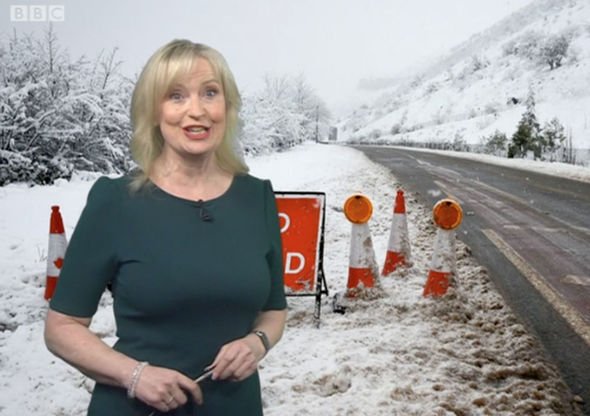 Later on the show, Dan added: “I slightly jokingly told Louise she was lucky to have me with her today.

“Honestly, I know Carol has been talking about the weather conditions out there but there’s a lot of unexpected snowfall overnight as well.

“Not many of the roads have been gritted out there.”

Louise added: “It goes without saying, take care out there and we will bring you everything we can on that this morning.”

Also on the show, Dan clashed with West Midlands Mayor Andy Street when he asked how the local community was reacting to the measures in place to stop the South African variant of coronavirus.

Walker asked: “Andy, I’m interested as well because you’re having quite a bit of correspondence with people in your area, as we would expect as you’re Mayor. What is the general feeling about not only the surge testing but also the quarantine measures?

“Do you think they have been largely supportive?”

“So I mean this is a question in different forms that comes from the media so often and it’s fishing for whether there is disagreement amongst the community,” Street replied.

Walker immediately cut in: “Andy, let me come back on you there. I am not fishing for disagreement at all.

“I’m just wondering what your response has been to the people you have spoken to.

“I’m not looking for disagreement at all so please don’t put those words in my mouth.”

“Alright, that’s fair enough, let me give you an answer to the question then,” Street responded.

“The reason I said that is because it doesn’t exist. The overwhelming response from the community over whatever is asked thus far has been we want to support and comply and work together to deal with this.

“Although it is the first day today, I am 100 percent certain that will be the attitude amongst residents in Walsall again.

“I just think it’s really important that is heard loud and clear.”

BBC Breakfast airs daily on BBC One at 6am. 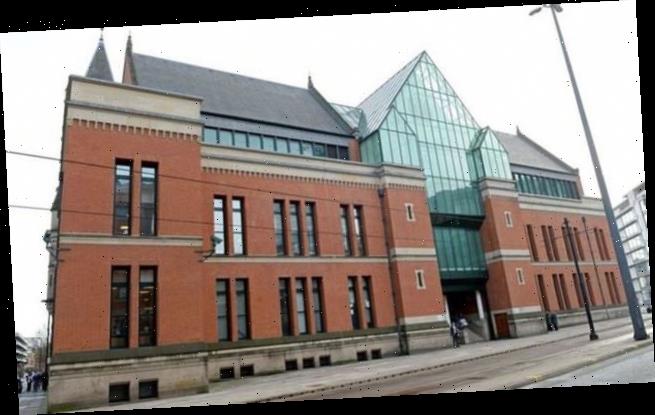