Jeremy Vine: Argument erupts over BLM in Vicar of Dibley

Vicar of Dibley has hit headlines in recent weeks after the BBC revealed the festive special of the Dawn French-led comedy would pay homage to the Black Lives Matter movement. In the episode, French’s character Geraldine will be taking the knee to deliver a sermon about the anti-racism movement. However, many have criticised the BBC for a lack of impartiality on the issue, something Jeremy Vine’s guest Lowri Turner was quick to blast today on Channel 5.

The debate arose after caller Liz from West Yorkshire branded the inclusion a “lovely gesture”.

“What can possibly be wrong with that?” she asked, prompting Jeremy to reply: “You might say the murder of George Floyd was a profoundly serious thing, it has no place in a comedy.”

Liz protested the Vicar of Dibley wasn’t merely a comedy before Lowri jumped in with her critique.

“I just think it’s about TV executives wanting to virtue signal,” she weighed in. 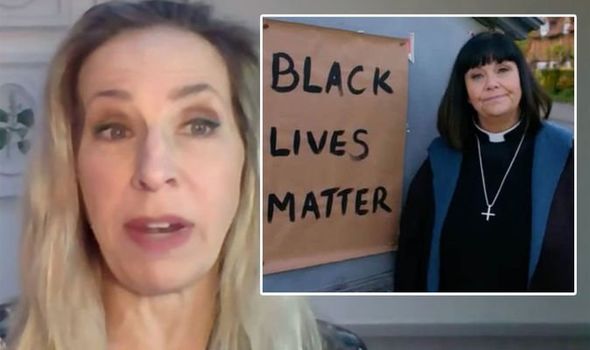 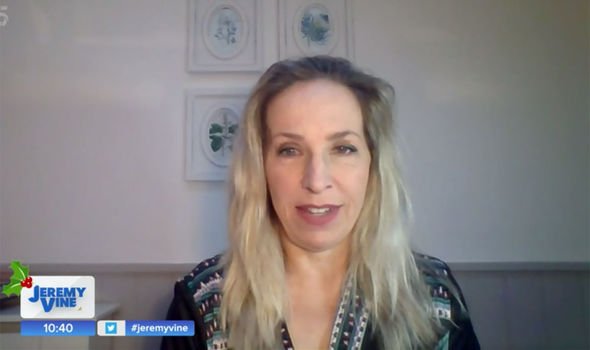 Lowri continued: “(To say) ‘Look, see how current our drama is!’

“No, most viewers just want something to watch, eat their mince pies and watch something over Christmas.

“It doesn’t matter if it’s not relevant. That’s part of what Christmas is, it should be just easy-watching, not dealing with serious issues.”

Liz fiercely hit back, however, telling Lowri she “didn’t know” what most people want to watch over the festive season. 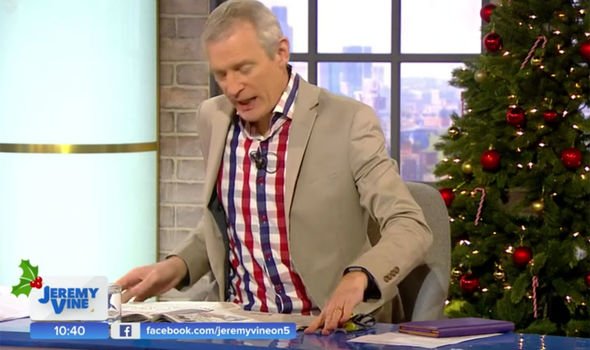 “Neither do you,” Lowri snapped back following the criticisms.

But Liz cited her job as an anti-racism campaigner as giving her the advantage in gauging what viewers want.

Following the fiery debate, however, not all Channel 5 viewers were on Lowri’s side, with some defending the inclusion of BLM in the episodes to come.

“Watching Jeremy Vine show and I can’t believe these people moaning over the Vicor of Dibley,” said one viewer on Twitter. “It’s quite simple if you don’t like it it’s called an off button #jeremyvine #thevicorofdibley.” 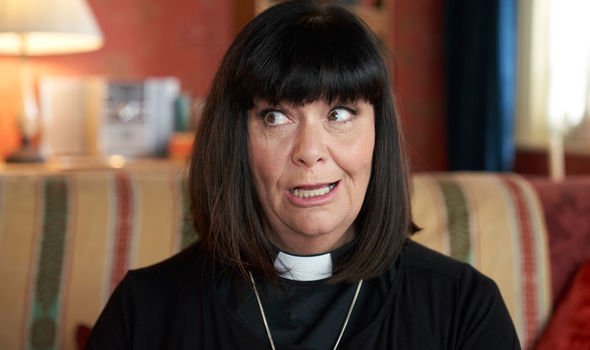 A second echoed: “In the original series of Vicar of Dibley she raised money to replace a broken church window & donated the funds to a disaster charity.

And a third backed: “#JeremyVine FFS this Vicar of Dibley / BLM thing, it’s about 60secs in the entire 30mins – grow up people! Comedy has always tackled political and social events.” (sic)

But some Jeremy Vine fans sided with the journalist’s viewpoint, with one weighing in: “#jeremyvine Disgusted at vicar of dibley blm sermon.

“Leave comedy & family programmes alone. This is neither the time nor the place to bleat politics. Will not be watching.”

Another concurred: “Comedy is about escapism! But once again blm is rammed down our throats #JeremyVine.”

While a third added: “Vicar of Dibley has been turned into a political programme for years. It’s not funny any more. Stop wasting money on this s**t. #jeremyvine.”

Jeremy Vine continues weekdays at 9:15am on Channel 5.