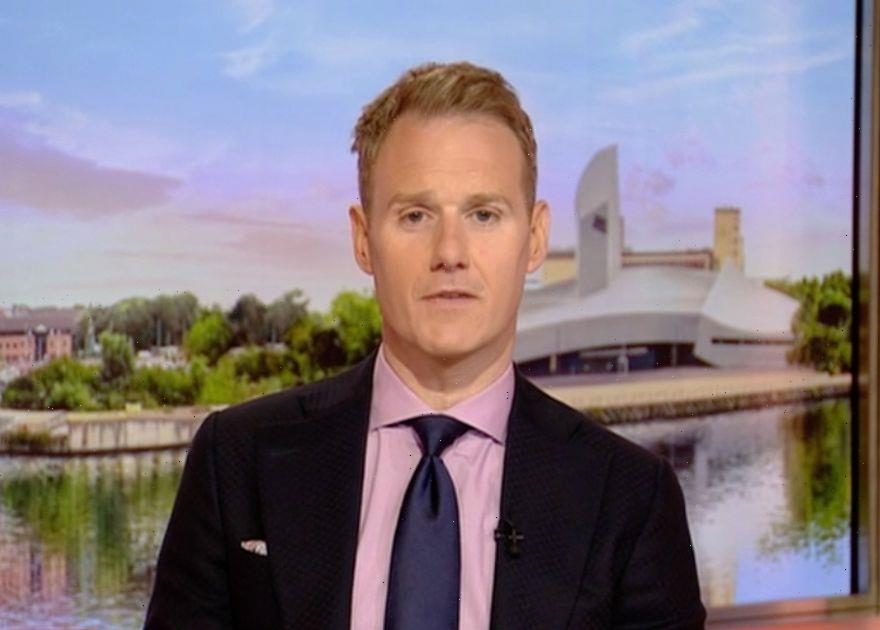 The pair spent much of their time off-air at each others throats in furious social media spats.

However, they were spotted playing golf together last month leaving fans confused about their friendship.

Speaking to The Sun's TV Mag, Dan, 44, explained: "We’re okay. I sometimes miss the back and forth – we had a little ding dong about Emma Radecanu on social media.

"Him just pontificating about how she should have acted and what was going on in her head, so I just asked him what he would have felt if she’d stormed off in a huff.

“I thought it was healthy for both programmes. I never shied away from a bit of competition and it’s good, it keeps you on your toes as well.

"I’m sure we’ll see him back on a screen sometime soon though. So I don’t miss it too much."

Dan replied to Piers's tweet writing, "If you pass your medical it could happen."

Despite the confusion, many were happy to see the union, including TV presenter Vernon Kay.

Vernon replied to Piers writing: "Oh this is wonderful!!"

Although smiling and joking on the fairway at Wentworth Golf Club in Surrey, the pair have butted heads for years.

Most recently, Piers told Dan to "stop blubbering" after his co-host, Louise Minchin, announced her decision to leave the BBC after 20 years working there.

Piers tweeted: "Stop blubbering Dan – I start Monday. The BBC wanted the guy who beat you in ratings, and the first same-sex male breakfast presenting team to appease the wokies."

Earlier this year, Dan mocked Piers for storming off and quitting Good Morning Britain in March after he was slated by co-star Alex Beresford for his comments about Meghan Markle.

Dan pretended to storm out over a BBC weather report in mock imitation of Piers's exit.

However, Piers was quick to retaliate: "I'm surprised BBC bosses didn't storm in and drag you off set after yesterday's ratings came in."

Although the two continue their public rivalry there appears to be a friendship underneath.