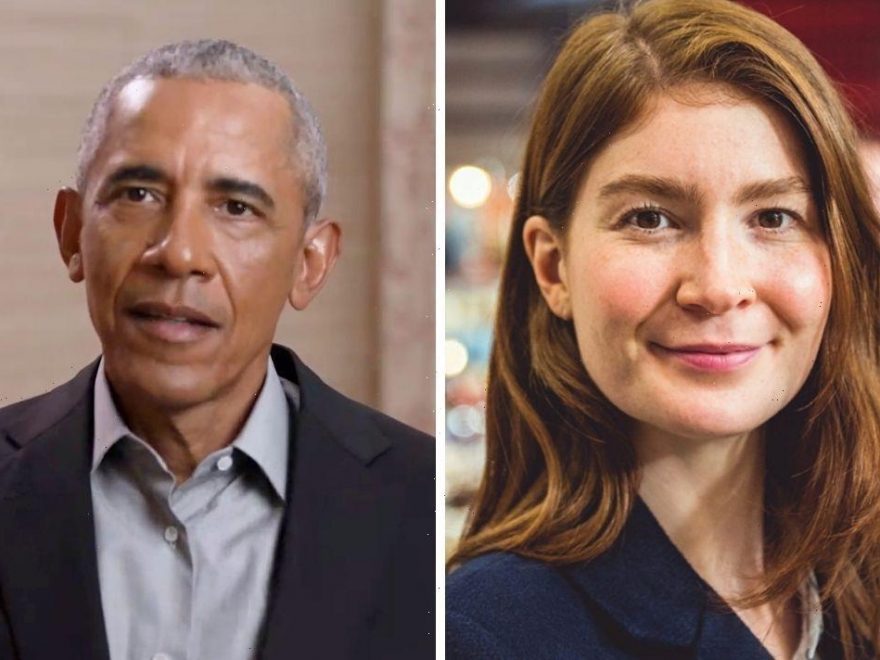 Bargain Hunt welcomed Natasha Raskin Sharp to the show in 2013. Since showing off her antique specialist skills, she has become a household name in the antique world having appeared in other hit shows such as Antiques Road Trip, Flog It! and For What It’s Worth. Natasha has a colourful past and has revealed a link she has to Barack Obama.

Natasha’s love of art and antiques was actually passed down to her by her father.

Philip Raskin is a well-known contemporary Scottish artist who specialises in painting landscapes and seascapes.

Although she initially went to the University of Leeds to study law, the pull of art was too strong, and after one month, she dropped out.

She went on to study the History of Art at the University of Glasgow and thus marked the start of her journey to become a TV expert.

It was during her time at university that she was offered the chance to travel to the United States for an “unforgettable” opportunity.

She said: “When I was at university, I used to like to combine travel with working, so I took a couple of unforgettable internships in America.

“I got to work in New Hampshire for the Democratic primary elections for the Obama campaign.”

Speaking to the Sunday Post, she continued: “It was a beautiful state, and the whole trip was amazing.

“I was with a friend, and we spent three months there.”

At that point, she and her friend had no idea that Obama would go on to make history as the first black President of the United States.

“Little did we know at the time that Obama would even get the Democratic ticket, never mind become president,” she added.

“At the end, he’d obviously signed some letters, and the office used one to give me a reference.

“When you’re a student, and someone asks for a reference, and you produce one hand-signed by the US president, it can’t be bad!”

Since then, her career has seen her travel extensively both in the UK and further afield as she looks for the rarest items she can find.

Lucky for her that her father, Philip, suggested that she combine her passions to explore the world of antiques.

In a BBC interview, she added: “I was gently nudged in the direction of the antique trade and auction houses by my dad, who thought that I’d be well-suited to the environment.

“Although I’d never normally admit it, he was absolutely right!”

Her love of arts and culture also landed her a BBC radio presenting job.

Natasha can be found on BBC Radio Scotland every Thursday at 10pm.

Bargain Hunt airs weekdays from 12:15pm on BBC One.