The ITV variety show beat off stiff competition from hosts Ant and Dec's other show, Ant and Dec's Saturday Night Takeaway but triumphed at the ceremony in London tonight. 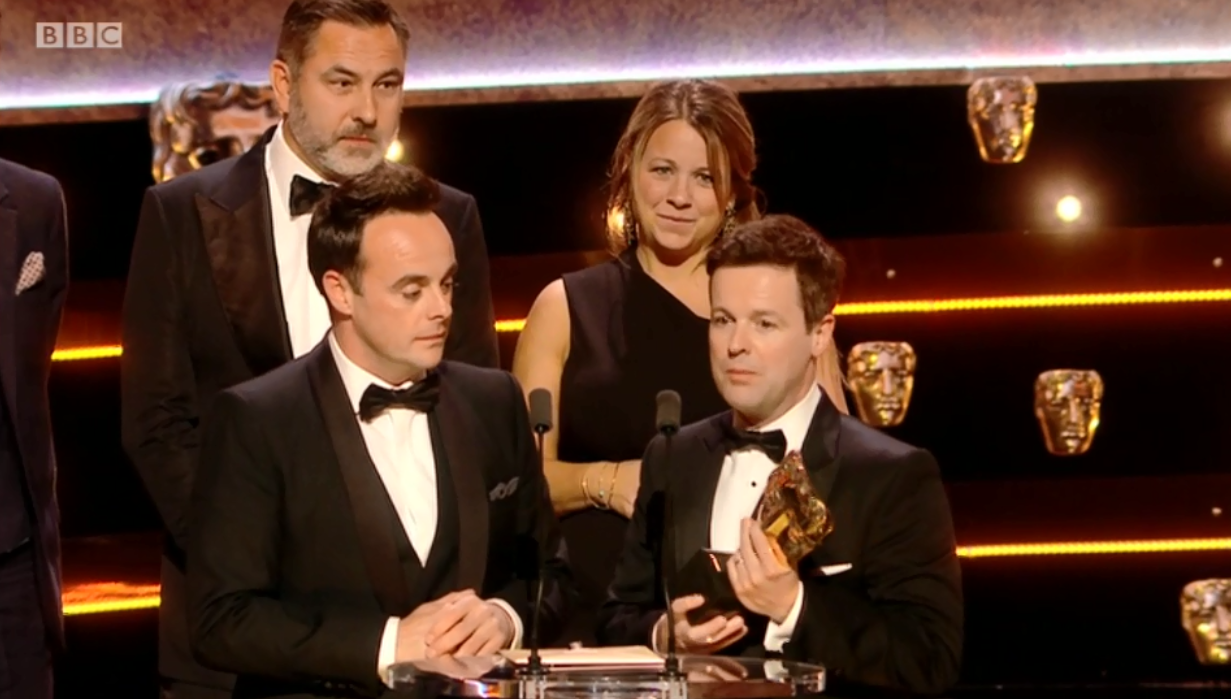 Ant and Dec thanked those who "come along and audition", quipping they equal the "importance of the hosts".

They added "without them there really is no show".

Meanwhile, Piers Morgan's hopes of a win were dashed by Cambridge Analytica Uncovered (Channel 4), which triumphed in the news coverage category.

A camera panned to the Good Morning Britain presenter looking unimpressed but he didn't do anything else after warning The Sun Online how he had a headline grabbing stunt planned. 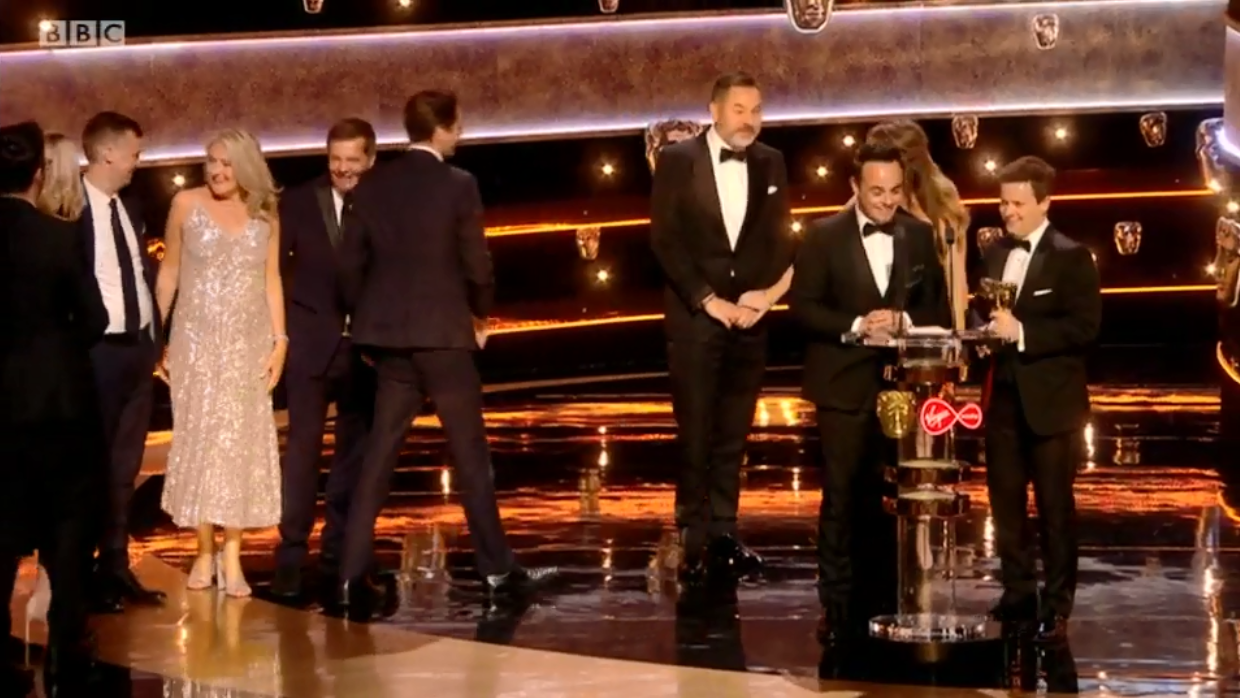 Piers joked: "We're up for 2 awards in the same category. If we don't win tonight it'll be the biggest travesty in the history of awards shows."

54-year-old Piers felt confident that he will remain the star of the night, regardless of whether the team lift a gong.

He told The Sun Online: "Ill find a way of grabbing the headlines. They don't want me to lose tonight trust me.. it will be easier for them to give me a win."

Good Morning Britain had two nominations, for On A Knife Edge and its Thomas Markle exclusive.

Programme-makers thanked the undercover reporter who exposed what Cambridge Analytica were up to.

"We couldn't have done it without him – or her," they said.

"Facebook are saying they are doing what they can to protect people's data … we still await to see if that's the case."