The sixth and final game of the 2021 World Series on Tuesday marked a win for both the Atlanta Braves and Fox. The Braves clinched their first World Series championship since 1995, and third overall, sending the Houston Astros home after a 7-0 game.

Just for a pre-pandemic comparison, the 2019 World Series snagged 21.9 million viewers and a 5.6/24 demo rating in early numbers. Across all of Fox’s platforms the Washington Nationals’ 2019 victory scored 24 million viewers.

Last night’s numbers are set to rise pending adjustment as is the case with most major live events.

Elsewhere on Tuesday, CBS’ FBI tied with The Bachelorette to top the evening’s demo in non-sports programming. FBI (0.6, 6.69M) rose for the first time in two weeks. In the same hour, The Voice saw its lowest Tuesday viewership and demo rating since its season premiere. 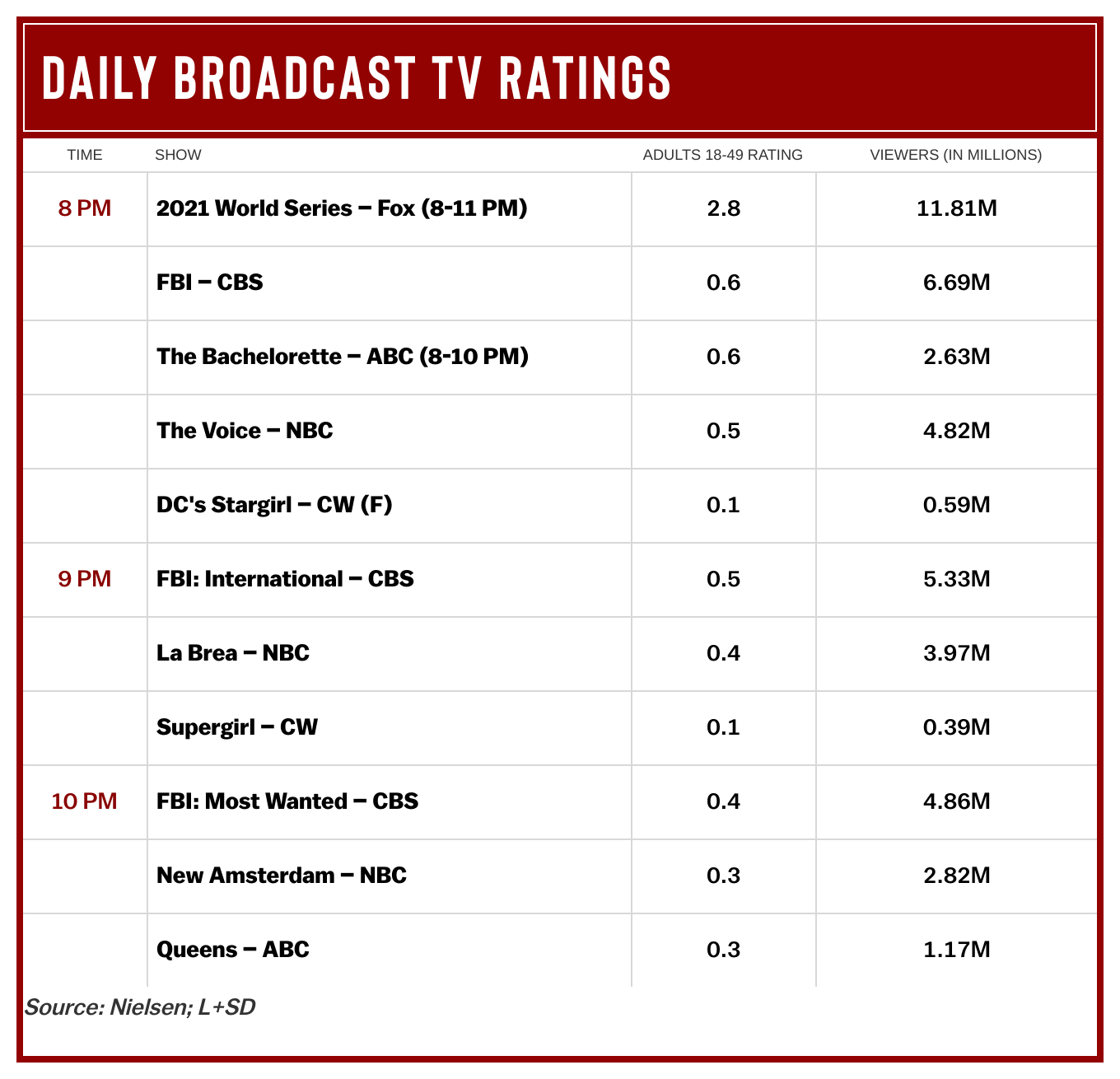