ASHLEY Banjo's baby threw up on his HEAD as the proud dad posed for a cute family snap on Instagram today.

The 30-year-old dancer gathered his wife Francesca and their three-month-old daughter for a family photo, but it didn't quite turn out how he expected. 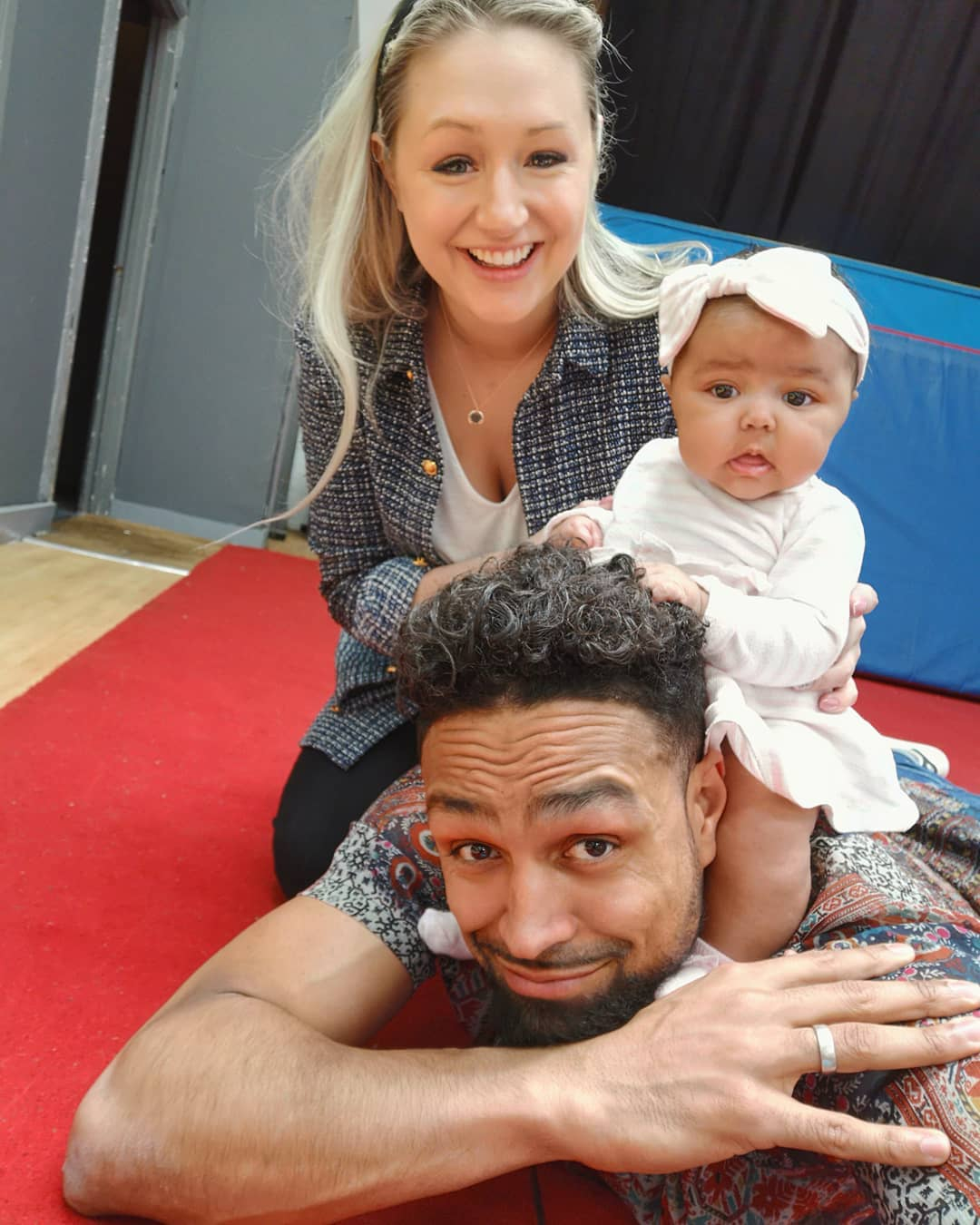 The series of photos starts off with the Diversity star looking content as baby Rose balances on his shoulders with the help of his wife.

But in the second snap the tot vomits on Ashley's head, much to his surprise.

And in the third photo, the star looks utterly horrified at the thought of having his daughter's sick in his hair, while Francesca roars with laughter as she surveys the damage.

"Instagram vs Reality… Tried to get a nice family pic – Got sick in my hair… Rose is happy, @francescabanjo finds it hilarious. The end #rosiediaries #dadlife," he captioned the snap. 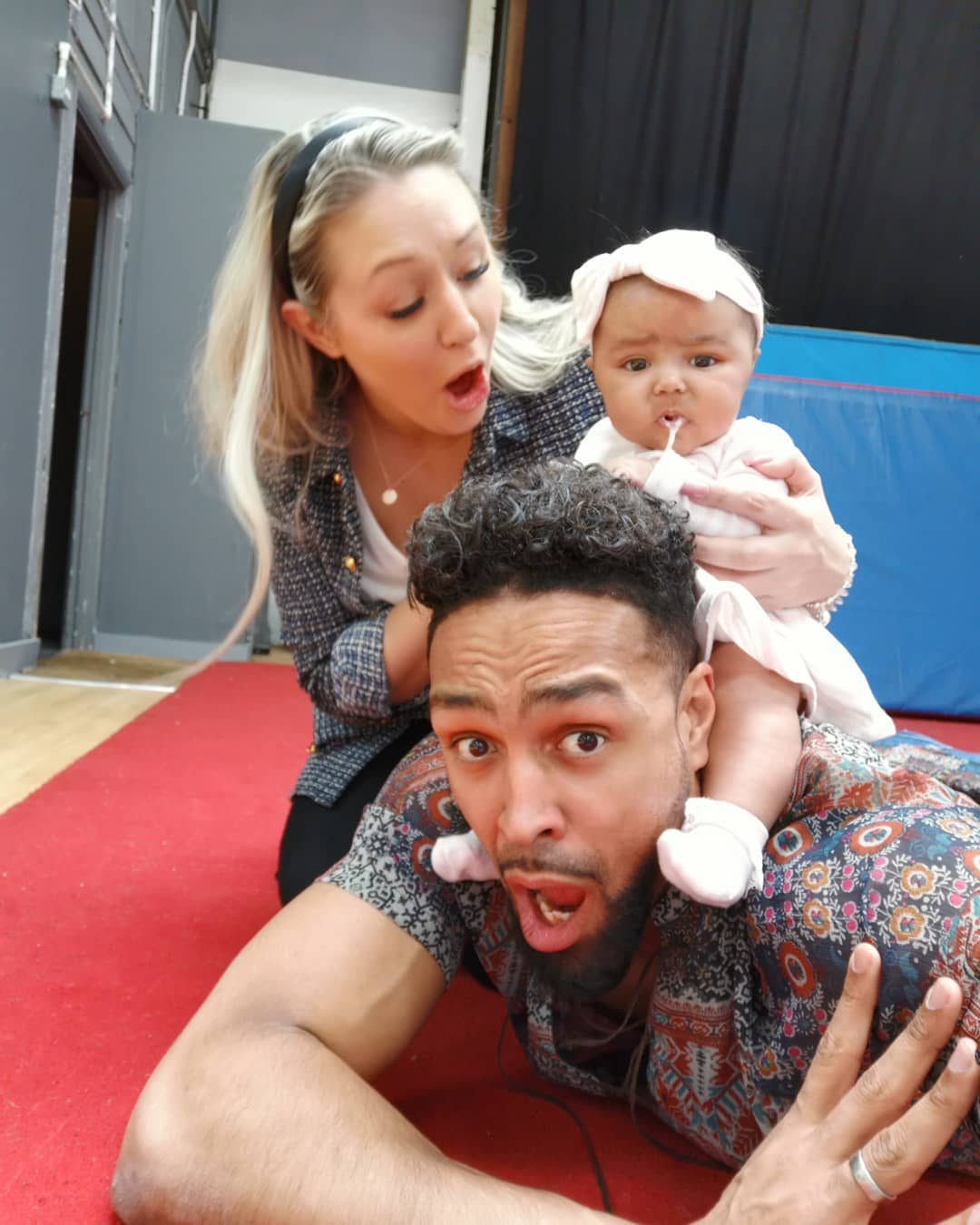 Ashley's fans soon saw the funny side of things, as they began commenting on the post.

One said: "Omg right on cue Rose this is brilliant."

While another commented: "Absolutely hilarious!! Your wife’s face is a picture."

And his Diversity bandmate Sam Craske even joined in, saying: "Seeing this in person has made my day." 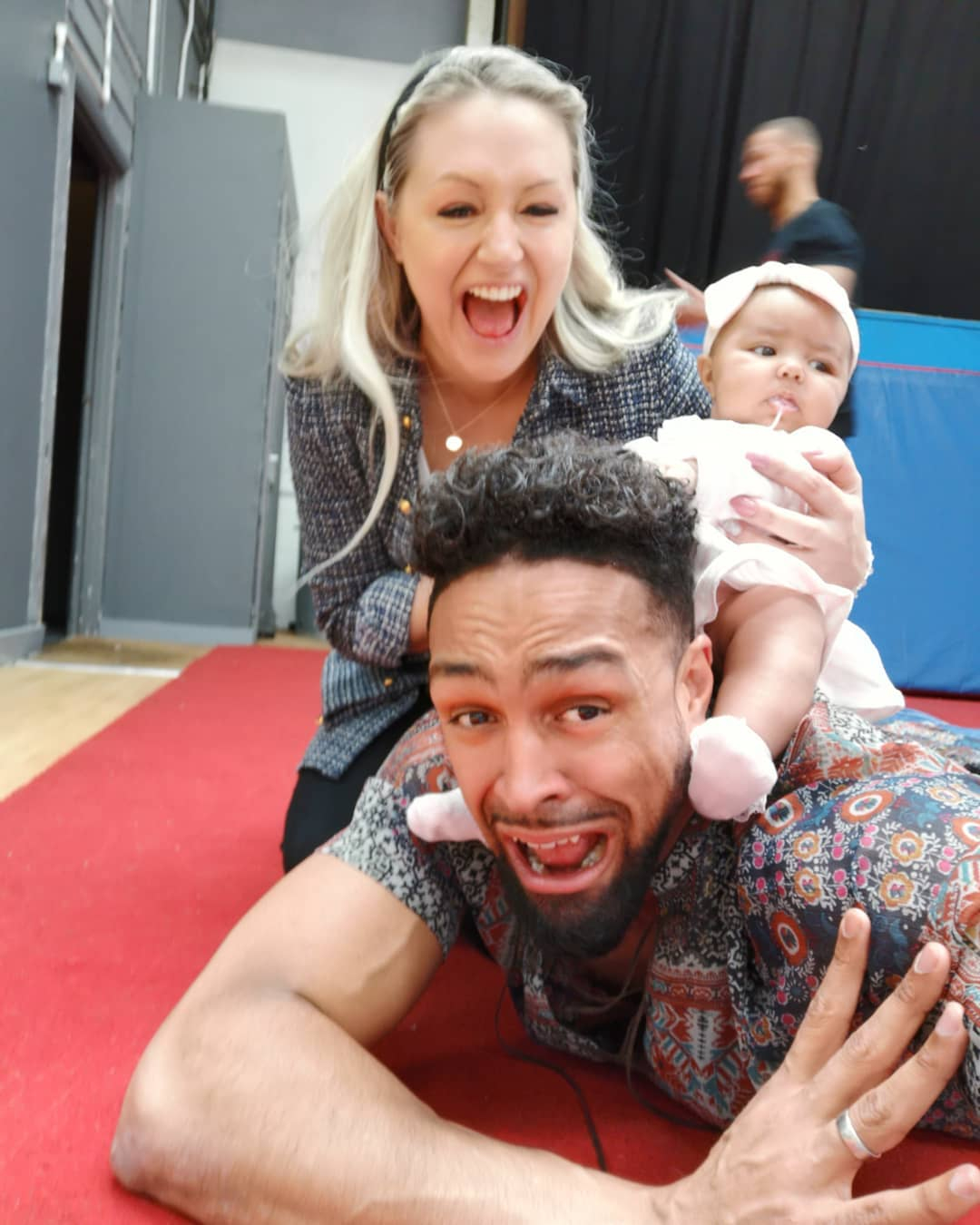 Ashley and Francesca got married in 2015 and welcomed their first child, Rose, in February.

Sharing a candid snap from the hospital, Ashley told fans: "Our beautiful daughter came into the world at 6.45pm on 21st February 2019 – weighing a healthy 8lbs and 13oz.

"Her name is Rose Adura Banjo. I am in the deepest love ever with my little family."