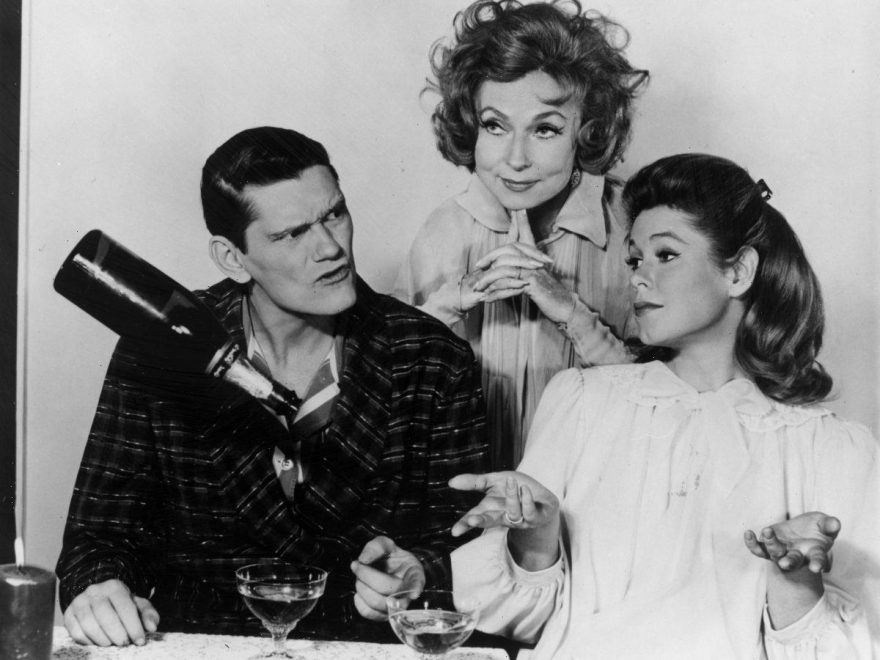 The show ran for eight seasons before being cancelled in 1972. Loyal fans can still watch their favorite enchanting sitcom in syndication. As with many classic shows, fans wonder if anyone from the original cast is still alive today.

Montgomery was born on April 15, 1933, in Los Angeles, California. As the daughter of actors, it’s no surprise Montgomery followed in her parents’ footsteps. At 18, Montgomery embarked on her acting career with roles in various TV and theater productions. However, her most famous role would be as Samantha Stephens on Bewitched.

With a twitch of her nose, Samantha performed a spell. Although she used her powers for good use, often they’d backfire and create chaos. Throughout the show’s run, Montgomery received five Primetime Emmy nominations. Her third husband, William Asher, served as producer on Bewitched, and the couple’s reportedly lead to the show’s cancellation.

York was born on September 4, 1928, in Fort Wayne, Indiana. At the age of 15, he began doing programs. Before long, Broadway and Hollywood were calling York’s name.

York was the perfect actor to play Samantha’s loyal husband, Darrin Stephens. One of the constant storylines throughout the show is Darrin’s wish that Samantha not use her powers. Filming was quite difficult for York due to a severe back injury. The crew worked around York’s injury by having Darrin sitting or using props he could lean against.

By Season 5, York’s health worsened so bad that the actor decided to leave the series. Following his departure, York lived out the rest of his years in East Grand Rapids, Michigan. He died on February 20, 1992, at age 63.

Sargent was born on April 19, 1930, in Carmel-by-the-Sea, California. In 1969, Sargent was brought in to replace York on Bewitched. The decision to recast Darrin didn’t go over well with fans or York’s co-stars. According to IMDB.com, Moorehead voiced her dislike over the change during a table read with Sargent.

Although Moorehead wasn’t a fan of Sargent, he and Montgomery were great friends. Sargent and Montgomery remained close until his death on July 8, 1994, at age 64.

Moorehead was born on December 6, 1900, in Clinton, Massachusetts. Long before she became a wicked mother-in-law, Moorehead was an acclaimed actor with numerous credits and several Academy Award nominations. But it’s her role as Endora that most fans fondly remember her for.

As Samantha’s mother, Endora was a regular character on the sitcom. Endora wasn’t a fan of her son-in-law and always mispronounced his name. Although Endora is one of Moorehead’s famous roles, she didn’t particularly like being known for her Bewitched performances.

Murphy was born on June 17, 1964, in Encino, California. In 1966, she and her twin sister Diane were cast as Tabitha Stephens during Bewitched‘s third season. However, when the twins started to look less alike, Diane was dropped while Erin stayed on as Tabitha.

For six seasons, Murphy portrayed the loveable Tabitha, who inherited her mom’s powers. Following the series end, Murphy went on to work as a TV host, model, writer, and motivational speaker. Murphy is still living and currently resides in Malibu with her six children.