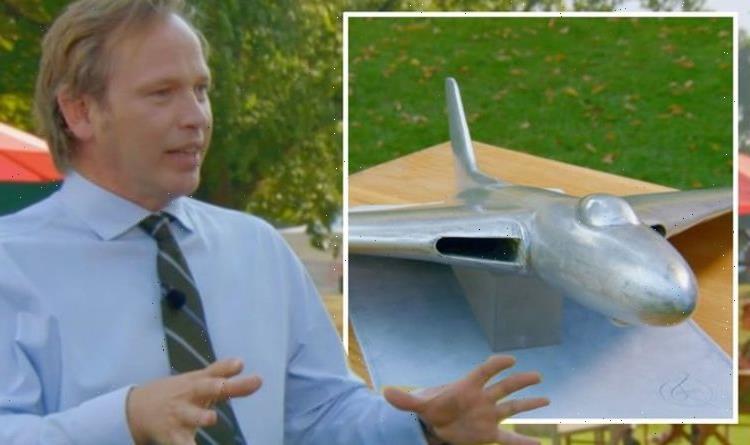 John was on hand to help the guest as Antiques Roadshow pitched up at Christchurch Mansion in Ipswich for the episode in question. The expert of the BBC programme has been an auctioneer and valuer since 1989 and has set up his own independent valuation business. However, it was a figurine of a World War II Vulcan bomber that caught his attention and despite the price he revealed it would be at auction, John was keen on purchasing it himself.

Beginning his analysis of the model, John said: “So you bring back all my childhood memories. When I saw this, it’s instantly recognisable with this shape, the Avro Vulcan bomber.

“Was it a childhood toy of yours?” he asked, to which the guest explained: “No, it was in my neighbour’s garden.

“It was a garden ornament for years and he passed away and his family left bits and bobs out in the driveway for anyone who wanted to help themselves.

“And I’d seen this and I thought, ‘Oh, I’ll have that’,” he added and it wasn’t long before the expert took over.

John declared: “So, the Vulcan bomber was really sort of developed at the end of the Second World War in the late 40s really leading up to the Cold War.” 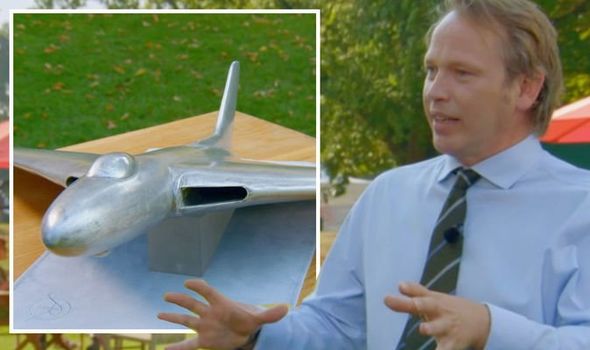 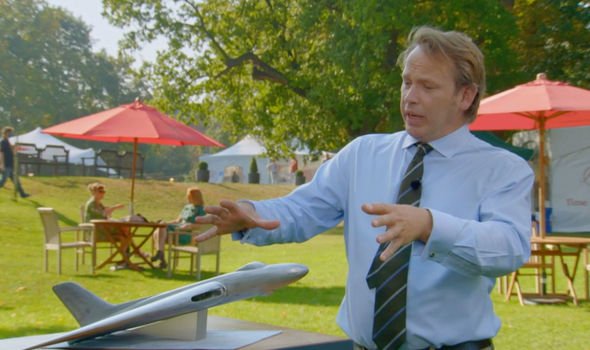 “And it was a nuclear deterrent. It would carry a nuclear payload and it was just mind-blowing how far advanced it was,” the expert said.

“When you think of the Delta wing, that Delta triangular form, the Concorde and the Stealth Bomber, the sort of three main known aeroplanes of this form.

“And this model would have been used for testing aerodynamics and wind efficiency. (It’s) how I know that the stamp’s underneath.

“Have you checked out what those stamps are?” John asked and the guest explained he had but he had no luck in discovering what they were for. 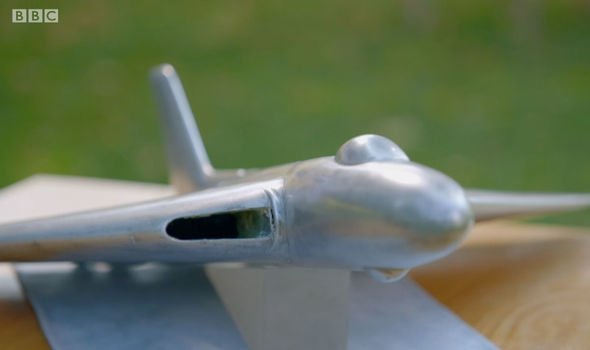 I would absolutely love this

Using his expertise, John said: “Well, if we have a look on the underside, you’ll see there is the number 52.

“You’ve got some other reference marks and then you’ve got the Air Ministry arrow there, which obviously shows it’s a working military model.

“Early development of this would have been in 1952. I think it started in the late 40s, obviously came into action in 1956 and went right through to the 80s.

“I think the Falklands War was its last outing. And overall, its form, it’s just a beautiful shape being cast out of aluminium or an alloy.” 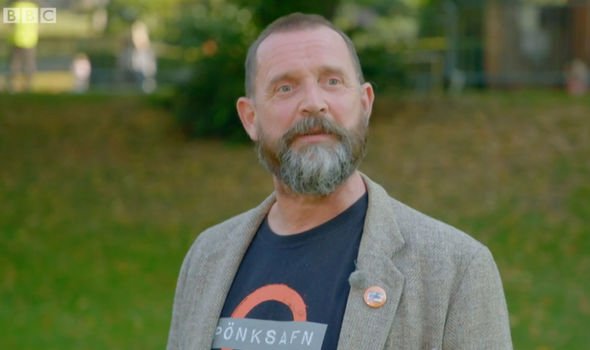 “Have you ever seen one fly?” the expert asked, with the guest replying her did and that’s where his interest in the Vulcan bombers stems from.

The guest explained: “As a child, I used to watch them practise over the sea near where I lived sort of bombing targets.

“Which is why I was attracted to it in the first place,” he continued and it wasn’t long before John was making his bid to buy the model.

“I would absolutely love this and I know a lot of collectors out there who would love it just because of its form.”

When it came to the time for the valuation of the Vulcan bomber model, the expert didn’t disappoint the guest.

“Well, that’s very nice. Very nice, thank you very much,” the guest replied but unfortunately, John did not get his hands on the model.

One of John’s most memorable finds on the show was a selection of Royal Flying Corp memorabilia which was bought in by a pilot’s daughter and it was a moving analysis the expert had ever undertaken.

Antiques Roadshow is available to watch on BBC iPlayer.