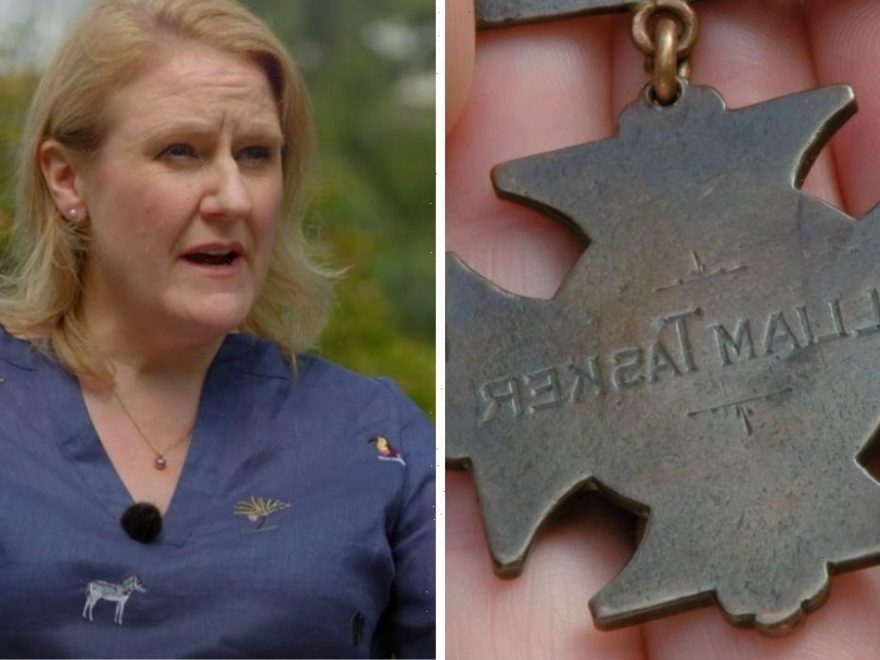 During a recent episode of Antiques Roadshow, BBC host Fiona Bruce and the team returned to the stunning grounds of the Royal Botanic Garden Edinburgh. The guests brought the experts a number of their beloved items to be valued including a Korean painting, a unique walking stick and a curious rocking horse. However, it was one guest’s cricket memorabilia that caught the eye of expert Siobhan Tyrell.

The guest brought Siobhan a photograph, paired with a cricket trophy and a medal.

As she inspected the medal further, the expert said: “Here we have an interesting metal.

“It’s actually named on the back to a William Tasker, Medico-Psychological Association for mental nursing.”

“My great grandfather, he was born in 1876 and for some reason ended up working in the local asylums as a nursing assistant, and then became a psychiatric nurse in 1930,” the guest explained.

He told Siobhan that at the time, the hospital had an emphasis on sport, particularly cricket.

As the expert pointed to the photograph of the cricket players, she asked which one was the guest’s grandfather.

“He must have been quite an inspiration to these people that he was looking after,” she said as the guest replied: “It’s true what you’re saying.”

The guest explained at the time the asylum concentrated on putting people back into society.

“That was never heard of in them days,” he said. “I think when you were put in an asylum, you died in an asylum.”

“People coming in visiting and paying a tuppence to make fun of the lunatics going to the madhouse.

“This thought is taken to the 19th century, but that wasn’t true.

“There were people like your great-grandfather that had real progressive views even back the early part of the 1900s.”

“So it’s so great to hear his story and these things were happening,” the expert added.

Turning her attention to the valuation, Siobhan said: “The great value in this collection is the social-historical value, and what your great grandfather did.

“So it’s very difficult to put a value on this a commercial value.

“The medal in itself is probably worth £80 to £100. But I know there are great collectors of cricket memorabilia, and the trophy is solid silver, so I would say between £300 and £400 at auction.

“But the story means far more, doesn’t it?”

Elsewhere in the episode, expert Adam Schoon was blown away by the story of an intrepid plant hunter who worked in the Himalayas.

Adam then had to value the guest’s Tibetan tea set and prayer wheel, which was a gift by the 13th Dalai Lama.

Adam also met with Louise Marshall, who learned to play the bagpipes alongside her father at wedding parties in Gretna Green.

While Ronnie Archer-Morgan was intrigued by a walking stick that turned out to be a botanist’s gadget cane complete with shears.

Antiques Roadshow airs on Sunday at 8pm on BBC One.