Anita, 73, is a regular face on BBC’s Antiques Road Trip and viewers have watched as she has made some stellar finds in the past. However, in an episode from 2016, the expert found herself in the possession of a bronze Buddha. Joined by co-star and antiques dealer Raj Bisram, the pair were blown away when the offers to buy it went through the roof and went into the thousands of pounds.

As the pair anxiously waited for the auction to start, Raj said to Anita: “I’m on the edge of my seat. Hold my hand.”

With the antiques duo sat clasping each other’s hands, the auctioneer declared: “There are a lot of bids on this and I have a lot of absentee bids on this. I am starting this at £1,000.”

They sat open-mouthed and Anita was pleased as her rare find seemed to be paying off, stating: “The old instinct kicked in, didn’t it?”

Raj could be heard saying in the background what a historic moment it was for the programme, explaining: “It’s flying and that’s a Road Trip record broken.”

“Where is it going to stop?” Anita replied as the numbers kept coming in to but the treasured bronze Buddha. 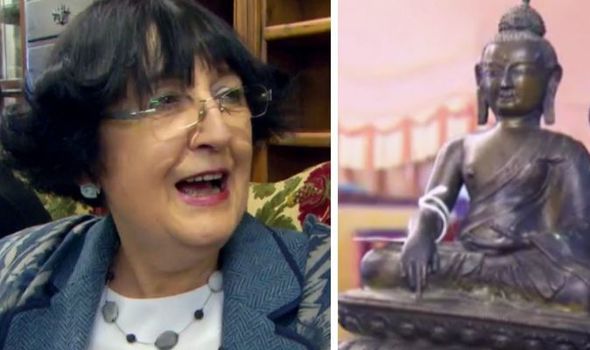 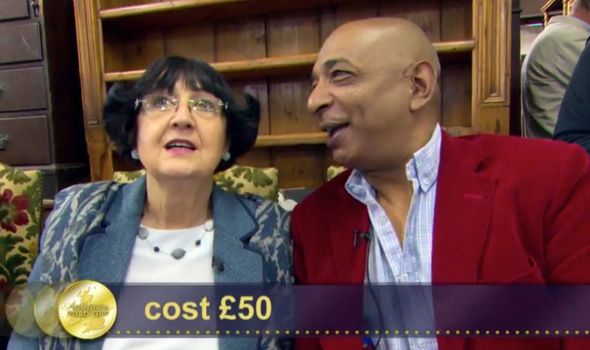 “I think you’re right out of the game, now,” Anita said as she took the glory for the competition between herself and Raj.

“I’m on a different planet,” he replied and as the numbers started to slow down, the offers were in the remit of £3,000.

Finally, the auctioneer brought down the hammer as someone had won the bronze Buddha for the price of £3,750.

“I think that deserves a round of applause. Brilliant,” Raj declared as the auction room celebrated Anita’s win. 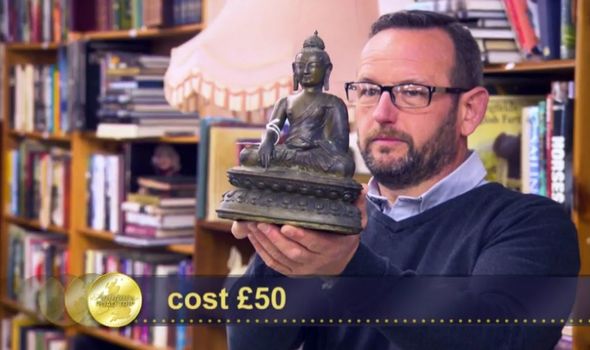 The narrator took over as they explained: “That is an incredible result. The biggest Road Trip profit, ever.”

Raj added: “The day belongs to you and what an extraordinary day it’s been,” as the pair made their exit from the auction room.

“Things like that can happen so get out into your antiques shop and keep searching,” Anita told the camera.

When the competition started, the former bronze Buddha owner had £414 in the bank but walked away with a total of £3543.82.

“I think I’m a wee bit ahead of you now,” Anita told her co-star. 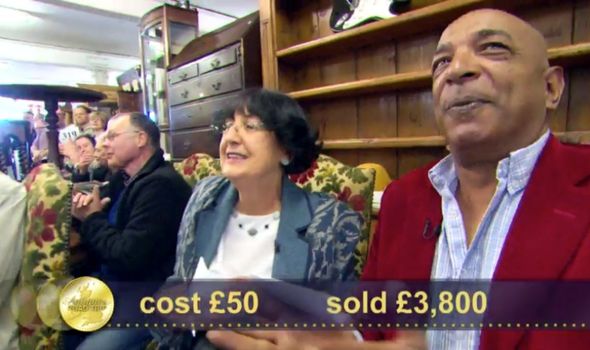 Antiques Road Trip started airing on the BBC back in 2012 and for nine years, Anita has been starring alongside antiques expert, David Harper, 52.

In that time, the latter has made some incredible finds and found some priceless treasures when others would have seen it as rubbish.

Speaking with The Daily Express, he spoke about some of the biggest losses he has seen in his time on the programme.

David explained: “Losses and disaster in auction are the worst. When we are filming these shows, you can be as knowledgeable and animated about an object as you would like.”

“But once you take it to an auction, and it’s just a cold loss, that’s hard,” the antiques expert said.

David continued of the losses: “Sometimes they couldn’t give a monkey about the object, it can all go badly wrong.

“You’re meant to be an expert, and when it all goes badly wrong, they look at you like you have got some sort of lurgy and they want to get away from you as quickly as possible.”

On the other hands, some of the biggest successes have seen a £60 sub-miniature camera bought for £20,000.