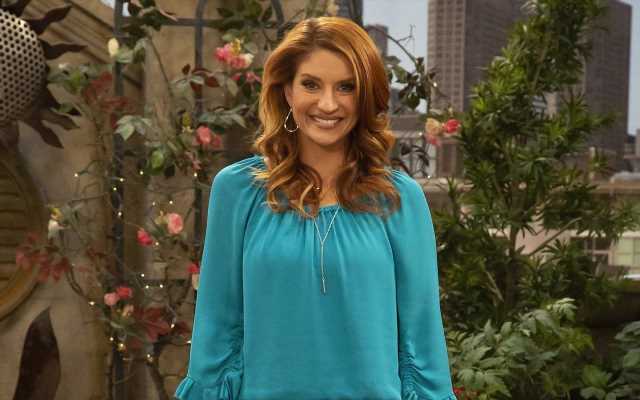 The actress playing Chelsea Daniels on ‘That’s So Raven’ is set to reprise her role on the spin-off series, gushing that ‘it feels like coming home’ to be reuniting with her ‘old friends.’

AceShowbiz –Anneliese Van der Pol will return for the 100th episode of “Raven’s Home“. Alongside Raven-Symone‘s Raven Baxter, the actress playing Chelsea Daniels on the “That’s So Raven” spin-off series show will make a “nostalgic” appearance for the Disney Channel reboot’s milestone.

“It feels exactly what you would imagine. It feels nostalgic. It feels like coming home,” the 37-year-old actress told Entertainment Tonight. “It is the 100th episode of ‘Raven’s Home’ and also the 200th episode of the franchise of ‘That’s So Raven’, so it’s just incredibly full circle.”

“I’m so proud of Raven [Symone]. It’s great to be back with all my old friends, the crew and the cast,” she added. “Then, of course, Raven’s directing, and it’s just so amazing to see her blossom, and to be a part of something that’s meant so much to so many people, not just myself.”

Anneliese, who left the show in season five after the show moved from Chicago to San Francisco so Raven and her son Booker could care for her Dad, admitted to not being “sure” about how she would react coming back. She said, “I wasn’t sure how I’d feel. A little indifferent, of course bittersweet missing anyone. [But] no bitterness. Only sweetness.”

“Just sweet, because I’m seeing so many people that I haven’t seen. You realize it’s all just creative, and the show, everything moves along with you,” she further explained. “I’ve had an opportunity to take a step back from the show and do my own thing, which has been a really growing process for me. Amazing, like I said. When you’re in the Disney family, you’re in.”

In the interview, Anneliese additionally gushed about meeting Raven and their “honest relationship” that blossomed when they first met as teenagers. She said, “We met when we were 15-years-old when we auditioned for something called ‘Absolutely Psychic’, which then turned out to be the show ‘That’s So Raven’, and then ‘Raven’s Home’.”

“When we met, it was to do a job, but instantly we connected on a sense of reality. Right in the moment, we asked each other honest questions while waiting in that green room in this audition,” she recalled. “We talked about real things immediately when we spoke, right when we were only just 15-years-old. That’s continued, an honest relationship, a business relationship, but also a friendship relationship which comes first.”

Raven agreed, telling the outlet that the “phone call” to Anneliese was “easy.” The 36-year-old actress said, “The phone call was easy. Jed Scott and Anthony, the other EPS of the show had a wonderful idea to make the 100th episode a 100th celebration on camera as well.”

“So we’re celebrating off camera, on camera. I can’t even take full responsibility for the comeback. It’s everyone involved, even Disney Channel because they know how important it is,” she added. “And especially for a kid show to last, as long as it has. It’s amazing.”