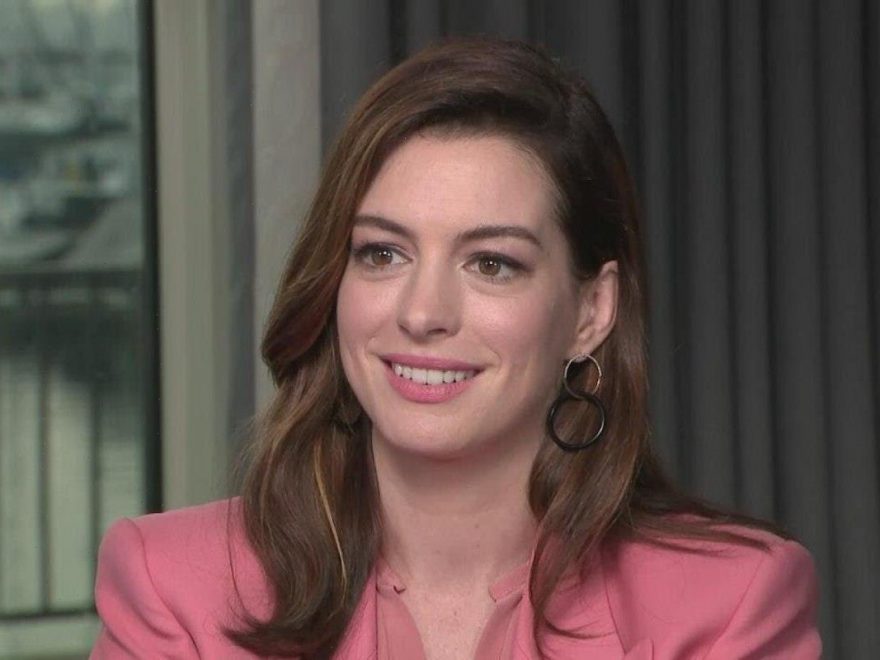 The ‘Alice in Wonderland’ actress admits she found the screenplay for her latest movie, where she plays a psychologist, ‘really challenging’ because it’s ‘so smart’ and ‘tricky.’

AceShowbiz –Anne Hathaway struggled with the “Eileen” script at first because it is “unusually smart.” The 40-year-old actress takes on the role of psychologist Rebecca, who develops a destructive and complicated bond with prison worker Eileen – who is played by Thomasin McKenzie – in William Oldroyd’s adaptation of Ottessa Moshfegh’s book of the same name and, although she was quickly drawn to the project, she had to read through the author and her husband Luke Geobel’s screenplay a few times before she was able to feel ready.

“I actually found the script really challenging the first time I read it. I found it really dark and really funny but it’s a tricky one. It’s so smart. it’s actually unusually smart, so it took me a few reads to feel like I had the beginnings of a handle on it,” she admitted.

Anne initially wanted to sign up for the film because she loved the director’s 2016 film “Lady Macbeth“, which starred Florence Pugh. Speaking at Deadline’s Sundance Studio, she said, “I came to this as a fan of Will’s. I’d seen Lady Macbeth and like probably a lot of people I thought it was the freshest thing I’d seen in ages. So when the script [for ‘Eileen’] came in I was inclined to say yes.”

Meanwhile, Thomasin prepared for the film by reading the book, which she described as a “bible for the character” and put her own notes into a 32-page document, which she sent to a prison psychologist in her native New Zealand for some input.

She said, “I was really curious about what it was like to work inside of a prison. Especially for a woman, because it was a prison for men and the majority of people working at the prison were men. So I thought it would be quite a vulnerable place for a young woman to work.”

“The psychologist also gave me great insight into Eileen and what she might be struggling with. It was a lot of research into mental health, which is something I’m very interested in generally. There was a diagnosis, but I don’t want to say what it was, because it presents differently for everybody.”