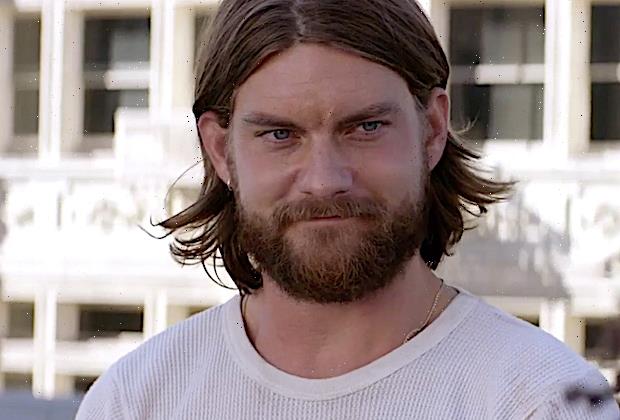 As Animal Kingdom jobs go, Sunday’s theft of Marion’s safe didn’t look on paper like it was going to be the most challenging. But holy crap, did things ever get Smurf’d up. Read on, and we’ll discuss not only how close the Codys came to being served their own asses but who wound up drawing blood during the robbery. 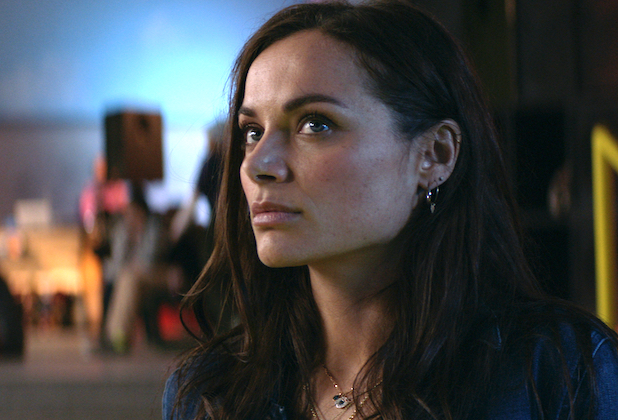 ‘WELCOME TO MY TOWN’ | In the ‘80s segments of “Home Sweet Home,” Janine moved herself, the kids and, for all practical purposes, Jake into a mobile home in Oceanside. Unfortunately, in the short time that they’d been there, the future Smurf had already attracted the attention of one Max Cross, who apparently was the local underworld’s overlord. So first he registered his displeasure with Jake’s face, then he struck a deal with Janine to take a 30 percent cut of any of her gang’s future jobs. Which seemed like a lot, but then, this is early-days Smurf. And she did end their “negotiation” by refusing to pony up $2k for the trouble she’d made and telling the crime lord, “You ever come near my kids again, I’ll kill you.”

Meanwhile, in present day, Renn had no sooner thanked Craig for getting Deran to let her help with the safe theft than Craig was chewing out his brother for… well, letting her help. Now Craig was going to have to worry about her as well as himself. “Since when do you worry about anything?” asked Deran, having not noticed Craig’s awkward evolution since becoming a father. Since Pope wasn’t even responding to texts, Craig and Deran were going to have to pull off the job with just J. Well, and Renn. Before they set off, Phoenix warned them to be careful. “Dude you’re stealing from ain’t no joke.” After they pulled it off, Pam added, they’d discuss “next steps.” 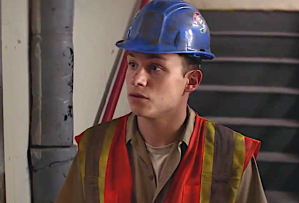 ‘THE JOB IS NOT BURNED!’ | Almost immediately, the job started spiraling south. First, one of Marion’s employees spotted J in his Bob the Builder drag and said that if they had to work next door, they’d better make it damn quick. Then, just after Renn had the DJ crank the music in the skate park (all the better to muffle the sound of Craig and Deran sawing through the wall to Marion’s office), she attracted the attention of no less than Marion himself. Though he mainly seemed interested in flirting, he went all business when he cut the music to do an interview and heard the saws; he paid the owner of the building next door not to work on demo days. So WTF?

Though Renn texted Craig that Marion was headed their way, Deran refused to give up on the job and, with it, Smurf’s estate. J managed to buy them 10 minutes from Marion, but oo… that did not seem like enough, especially when they discovered that his office was not through the wall, a closet was! Through a door in the closet was Marion’s office, which overlooked the skate park. How were they supposed to get the safe out without being seen? Push it out the window, Deran said. “Window,” huffed Craig. “Great.” And if you can’t imagine his tone when he said it, you just don’t know Craig. 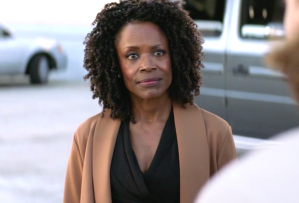 ‘WE ALWAYS HOLD UP OUR HAND’ | Once Marion heard from the owner of the building next door that he hadn’t OK’d any work, the boss and his goons hauled ass upstairs. Renn, thinking she could help (?), followed and got herself grabbed by a henchman. Barely — and I mean barely — the Codys got the safe out the window and were about to drive away when a henchman leapt onto, then into their getaway van. Miraculously, they were able to kick him out and make a relatively clean escape. Afterwards, both J and Craig were pissed with Deran, especially the latter, fretful as he was about Renn, who while all this was going on had stabbed the henchman in the leg in order to get free! She was fine, though, and as Craig would eventually learn, extremely turned on by the whole thing.

After everyone went their separate ways, Deran showed up alone and without the safe to negotiate with Pam and Phoenix. She’d get what she wanted only after he received a memo of understanding that she was returning Smurf’s estate. Cornered, Pam caved. But she still found an angle to work. “I think [Smurf] wanted us to meet,” she suggested, so that he and his brothers could “know you had someone you could turn to if you ever needed help.” Mm-hmm. Elsewhere, an MIA Pope was careening down the highway contemplating killing himself when when he happened upon the Kinship of Light & Truth. You know, a cult. Leader Mickey was welcoming, and member Cassandra, pretty, so Andrew stuck around till it was time to drink the Kool-Aid. 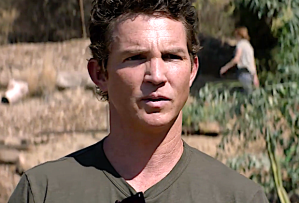 ‘HER DARKNESS IS INSIDE YOU’ | Though Pope was reluctant to take the drug that Cassandra and everyone else was swigging, he relented when Mickey said it was take a hit or hit the road. Once he was high, oh gee… things went from bad to worse. One minute, he was seeing Catherine in Cassandra, and the next, a kid named Brian was insisting that he could see “her” in him — Smurf, I took Pope to think. Before things spiraled out of control — well, further out of control — Cassandra got him out of there. As the episode drew to a close, they’d stopped on the highway in the desert and, after a spell lying in the middle of the road, appeared content to just chill in the middle of nowhere. So… yeah. That’ll go well.

What did you think of “Home Sweet Home”? Deran’s risky move — necessary or foolhardy? How long will it take for Pam to sell out the Codys to Marion? And how fast will Renn’s new thrill addiction put her or Craig in even greater danger?