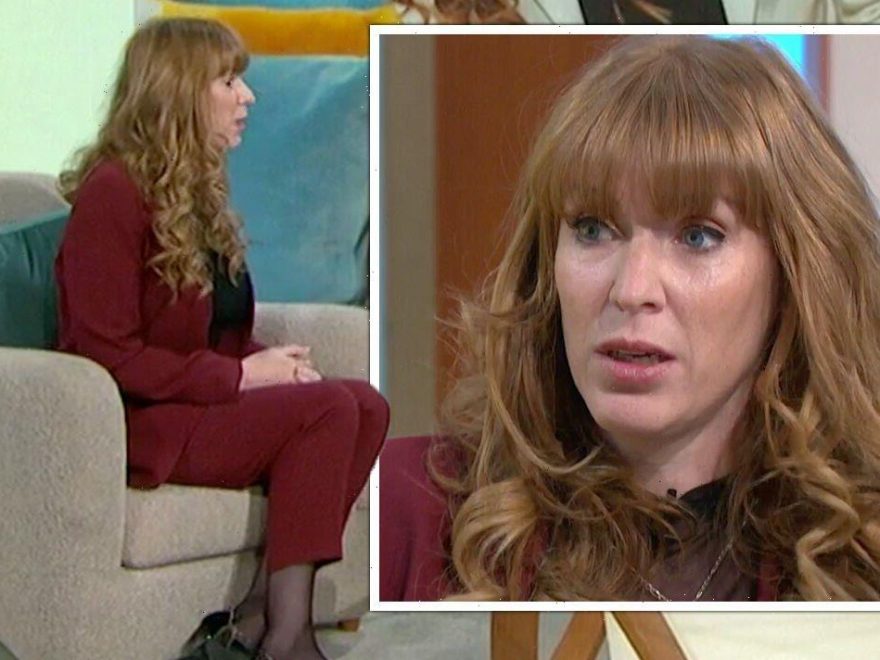 Deputy Labour Leader Angela Rayner joined Lorraine Kelly on her ITV chat show to discuss becoming embroiled in the latest sexism in politics row. She explained she chose to wear trousers for the appearance as she did not want to be judged or have viewers looking at her legs.

Addressing her outfit choice for her first television appearance, Rayner explained: “I consciously today felt like I wanted to put some trousers on so that people didn’t think…

“I wanted to be defiant as well, because I don’t think women should be told how to dress, but I didn’t want to distract from the fact that actually it’s not about my legs.

“I didn’t want people at home thinking, ‘Let’s have a look at what her legs are like, and how short her skirt is or not.’

“Because I feel like I’m being judged for what I wear, rather than what I’m saying to you or how I come across.”

Rayner told the host rather than spend her weekend relaxing with her family, she had to prepare her children for what they might read online.

“I can’t actually believe we are having this conversation in this day and age, does this feel to you this is a tipping point?” Kelly stated.

Rayner replied: “I’ve been overwhelmed, because when I heard that the story was coming out we rebutted it instantly and was like, ‘This is disgusting, it’s completely untrue, please don’t run a story like that.’

“I was trying to prepare my children for seeing things online that they don’t want to see their mum portrayed that way.

“And I felt really down about that, but I was overwhelmed by peoples’ response because I just thought, ‘Is that what people expect and think about what I do?’

“All I worry about when I go to the dispatch box is doing a good job and being able to do justice to my constituents and the work that I’m doing.

“I was just really crestfallen that someone had said that to a paper and a paper was reporting that.”

Rayner added: “It wasn’t just about me as a woman, saying that I was using the fact that I am a woman against the Prime Minister – which I think is quite condescending to the Prime Minister, as well as shows you what his MPs think about his behaviour – but it was steeped in classism as well about where I come from and how I grew up.”

“Whoever it is, should be ashamed of themselves,” Kelly commented.

Rayner continued: “I think I hold my own against Boris Johnson, more so when we’re in the debating chamber and often felt quite intimidated.

“I think women from my background do, we always think ‘Oh, they’re important, they know more than me.’

‘And then you get in the room and then you realise, actually they don’t! So you feel more empowered by it.

“People that look down on people like me, and still do today, it says a lot about them that that’s what they think of us. I’ve worked really hard to be where I am.”

Lorraine airs weekdays on ITV from 9am.