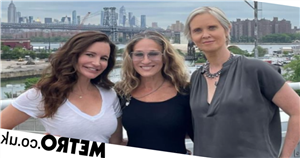 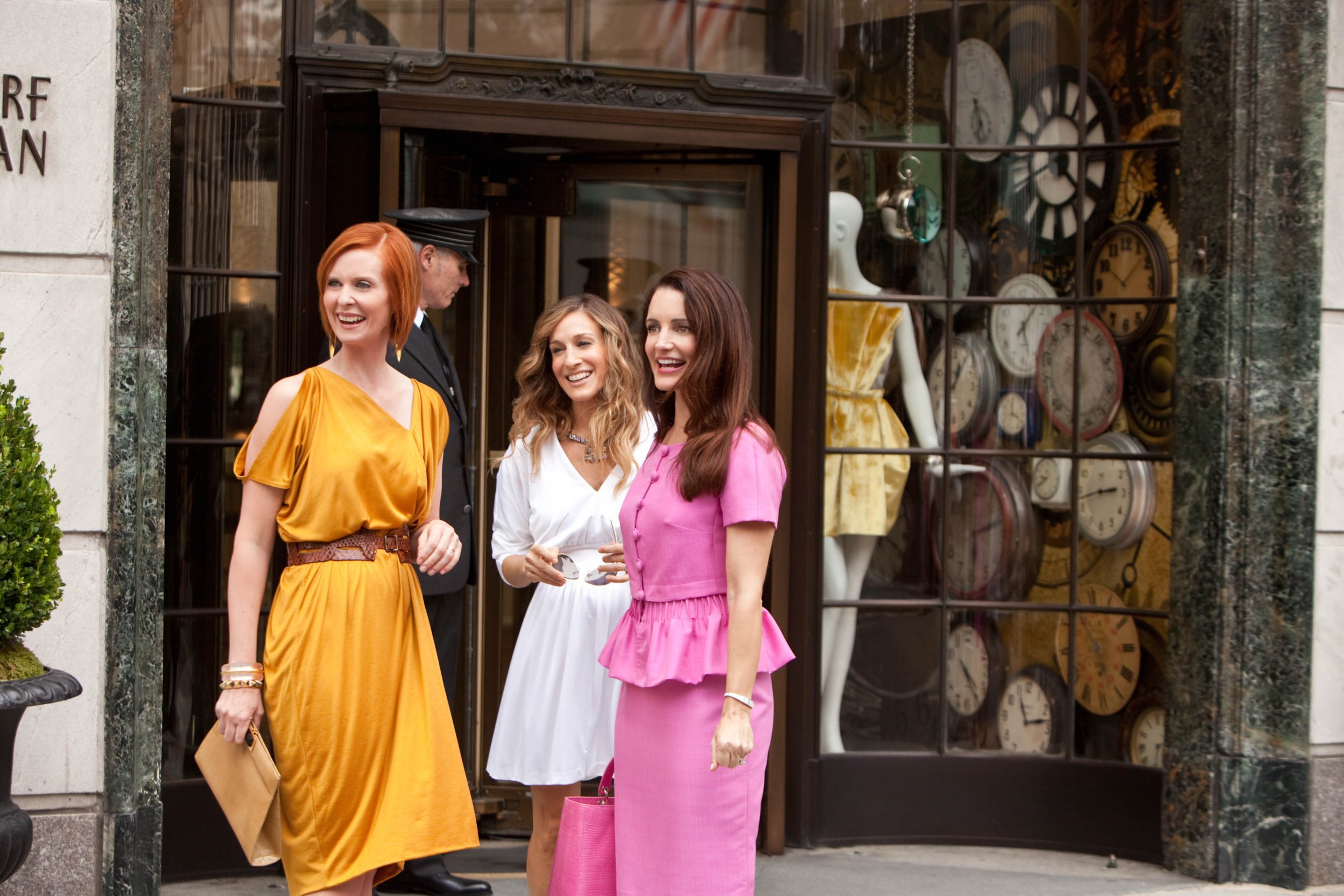 It’s been a long time coming, but the cast of Sex and the City have reunited – and it feels so good.

Sarah Jessica Parker has shared the first picture from set the Sex and the City limited series And Just Like That… of her, Cynthia Nixon and Kristin Davis, and it’s almost enough to make us forget about that movie sequel.

In the sweet picture, SJP, who plays Carrie Bradshaw, stood between her friends, wearing aviator glasses, a black top and jeans, with an arm around Kristin, who plays Charlotte York, who was all smiles in a denim skirt and white tee.

Cynthia, who plays Miranda Hobbes, stood to Sarah Jessica’s right, and wore a grey top with white trousers, and swapped her character’s signature red hair for a cool grey ‘do.

The ladies were backdropped by the New York City skyline – what else?

Sarah Jessica, 56, captioned the shot: ‘Together again. 💜 Read through our first episodes. @justlikethatmax Alongside all the fellas and our newest cast members. Like an ice cream sundae. X, SJ.’

Cynthia, 55, also shared the shot, writing: ‘Friendship never goes out of style. #AndJustLikeThat’, while Kristin, 56, commented: ‘Love you forever and ever.’

Amy Sedaris commented: ‘You gals look fantastic!!’, while Andy Cohen summed up all our excitement by writing: ‘I just pooped my pants.’

Kristin shared the post to her stories and wrote: ‘It’s really a small miracle to be back together and with the most remarkable new additions to our cast!

‘I am so grateful to Sarah and Michael Patrick King for taking the creative leap of fauth that made this happen.’

While the girls are back together, Kim Cattrall, aka Samantha Jones, will not be joining them, as she has opted out of returning to the show.

‘Friendships fade, and new friendships start. So I think it is all very indicative of the real stages, the actual stages of life…

‘They’re trying to tell an honest story about being a woman in her 50s in New York. So it should all feel somewhat organic, and the friends that you have when you’re 30, you may not have when you’re 50.’

While the show will look at the friends’ lives now they’re in their 50s, no plot details have been revealed – including whether the girls are still with their husbands.

Sex and the City originally ran for six seasons from 1998 until 2004 and spun off into two movies.

And Just Like That… will consist of 10 half-hour episodes, and will be streamed on HBO Max.