EXCLUSIVE: Season 2 of Ana is set to premiere via Pantaya on July 22nd in the United States including Puerto Rico. Deadline can exclusively reveal a first-look at Season 2 in the photo above. 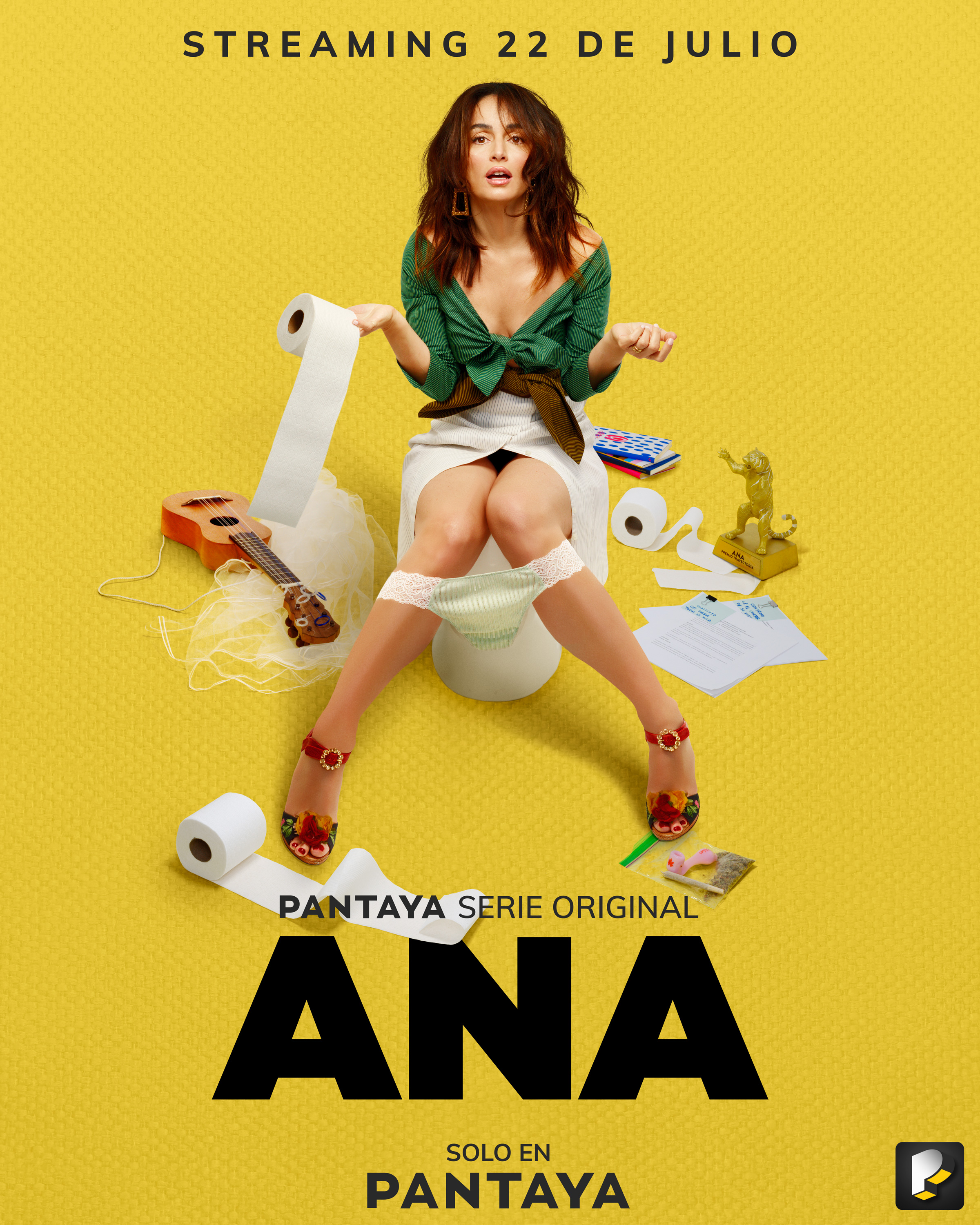 The six-episode comedy, loosely based on the life of series creator and star Ana de la Reguera (Goliath, Army of the Dead), will also be available via Amazon Prime.

When audiences last saw Ana, she was reeling after realizing her dream gig portraying Morticia Adams wasn’t all she imagined.

When Season 2 picks up approximately a year later, Ana is working in Los Angeles on a TV series reminiscent of a bad 90’s sitcom. Yes, she’s working steadily, but what does that matter when you’re unhappy?

“Ana is working on this new series in Season 2 and she is absolutely miserable,” de la Reguera tells Deadline exclusively. “I really feel that the best comedy comes from people’s misery, so you can expect the second season to be hilarious. Ana is facing the reality that there’s nothing worse than when a wish comes true because often, that wish is not what you expected. All she wanted was to have steady work acting but everything goes completely wrong and now she’s miserable. And, the worst part of it all is that the show is a hit! Plus, Ana has a new nemesis this season, an 8-year-old named Miercoles who she taunts by calling her Martes. It’s hilarious.”

In the Season 1 finale, it was revealed that Ana’s mom Nena (Tina Romero) lost her house after she arrived at her daughter’s home for Christmas with multiple large suitcases. When the show returns, viewers will see Nena settled and happier than ever.

“Ana’s mom now lives with her in Los Angeles—unfortunately,” de la Reguera shares with a laugh. “She now goes back and forth between L.A. and Mexico but she’s the one living the dream and having fun. She’s enjoying Ana’s success while Ana is miserable.”

Season 2 will also count with a new Papasito played by David Palacio following the exit of Carlos Miranda. Papasito 2.0 will flex his musical talents by playing guitar and singing when he makes his debut.

De La Reguera says the character becomes more famous than Ana which is part of the conflict of this season.

“We’re going to miss Carlos so much because we had such great chemistry and he’s such a great actor,” she says of Miranda has since nabbed a role in ABC’s Station 19. “David is bringing his own flavor to the character and he’s not trying to imitate what Carlos did last season. We actually make fun of the actor switch as an inside joke which is going to be a lot of fun.”

And for anyone hoping for a love connection between Ana and Papisto, de la Reguera teases the obstacles that lay ahead for them.

“For that, you’re going to have to see how the second and third season plays out. There are a lot of obstacles ahead, especially when it comes to her love life,” she shares. “There’s a new character being introduced in Season 2 played by Christian Meier, so her love life is a huge mess. Really everything is a mess for Ana and nothing goes right.”

Meier and de la Reguera previously starred in the 2003 Spanish-language telenovela Luciana y Nicolás, a situation that also played out in Season 1 via scenes from their recreated collaboration. In the new season, Christian and Ana reunite 20 years later at the request of the studio who isdesperate to bring up ratings.

Season 3, set to be released at a future date, will find Ana more introspective with a new focus on finding herself. Her sister Chock (Paula Dávila) will become a more central character.

De La Reguera confirmed Season 3 will be the final season as it was always planned. The Mexican-born actress is heavily involved in every aspect of the series as creator, star, producer and writer which can be taxing when a lot of what plays out is inspired by her real life. But it’s thanks to her vulnerability that makes this series a standout, as well as the confidence that emanates when she’s being self deprecating, honest, and raw.

“I pitched the show from day one as three seasons. I imagined the whole story and that’s how we shot it. I didn’t want to keep talking beyond that. It’s draining to be talking about my life and putting it all out there. I think there’s a limit,” she revealed.

She concluded with a laugh, “Unless someone wants to pay me a lot of money then we can revisit with Ana again someday for sure.”