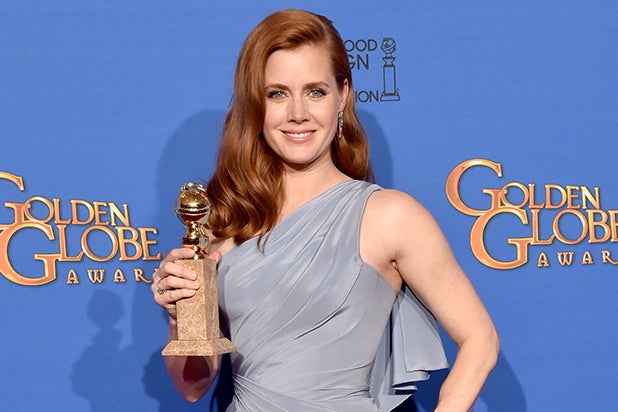 Following a competitive auction, Annapurna Pictures has landed the rights to Rachel Yoder’s upcoming debut novel “Nightbitch” and will adapt the book as a feature film starring Amy Adams, the company announced on Thursday.

Yoder is set to write the script and will exec produce the project alongside Megan Ellison, Sue Naegle, and Sammy Scher for Annapurna with Adams and Stacy O’Neil producing through Bond Group Entertainment.

“Nightbitch” marks the fifth collaboration between Annapurna Pictures and Adams, who previously partnered on the multiple Oscar nominated films “The Master” and “American Hustle” as well as Oscar winning titles, “Her” and “Vice,” with Adams garnering nominations for her performances in “The Master,” American Hustle,” and “Vice.”

Exposing the absurd and feral truths of motherhood, “Nightbitch” is a darkly comedic telling of an unnamed woman and former artist, thrust into stay-at-home domesticity after the birth of her son, who becomes increasingly worried and convinced that she may be turning into a dog. The book will be published by Doubleday in Summer 2021.

Adams will next be seen in Ron Howard’s “Hillbilly Elegy” and Joe Wright’s “The Woman in the Window.”