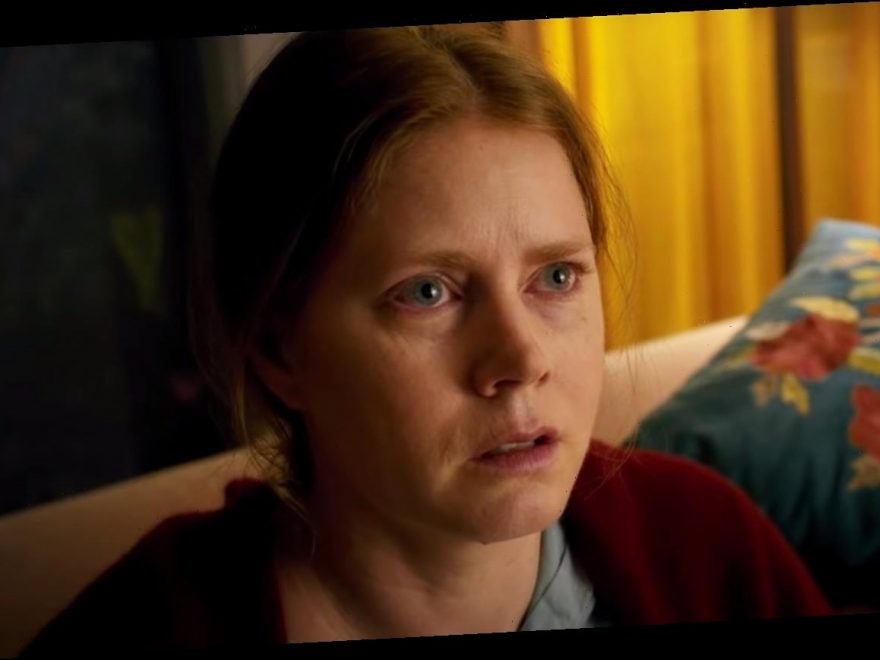 The Lois Lane of DCEU portrays an agoraphobic woman whose life is turned upside when she befriends a new neighbor and suspects a foul play in her neighbor’s disappearance.

AceShowbiz -“The Woman in the Window” is about to see the light of day after a long delay. A week prior to its scheduled release date, Netflix has released a new trailer for the psychological thriller starring Amy Adams.

The movie, which is based on the 2018 novel of the same name by pseudonymous author A. J. Finn, centers on Adams’ character Anna Fox, a child psychologist who is unable to go outside and confined to her house due to her agoraphobia. Disconnected from the outside world, she has a sort of little euphoria when she befriends a neighbor (Julianne Moore) across the street from her New York City brownstone condo.

Her life, however, is turned upside down when she inadvertently witnesses a brutal crime. Suspecting a foul play in her neighbor’s disappearance, she is faced with the question if what she’s seen is reality or her hallucination. Now it’s all up to her to solve the mystery and determine what’s real and what’s only in her head.

In a virtual press interview held on Thursday, April 8, Adams said she was attracted to the project because it offered her something new, allowing her to delve into the kind of “psychological thrillers [she’s enjoyed] throughout the years.” She also described her character as a rich person who is “struggling with so much darkness, and there’s a lot of shame, a lot of secrets.”

“The Woman in the Window” is directed by Joe Wright, who previously helmed “Pride and Prejudice“, “Atonement” and “Darkest Hour“. The script is penned by Tracy Letts, with Scott Rudin, Eli Bush and Anthony Katagas producing. The cast, meanwhile, also includes Gary Oldman, Anthony Mackie, Fred Hechinger and Wyatt Russell among others.

The movie was originally scheduled to be released theatrically by 20th Century Fox on October 4, 2019, but was delayed to May 15, 2020, due to re-editing after test screenings. The theatrical release was later canceled due to the COVID-19 pandemic and the pic was sold to Netflix. The streaming giant is now set to unleash the film on May 15.