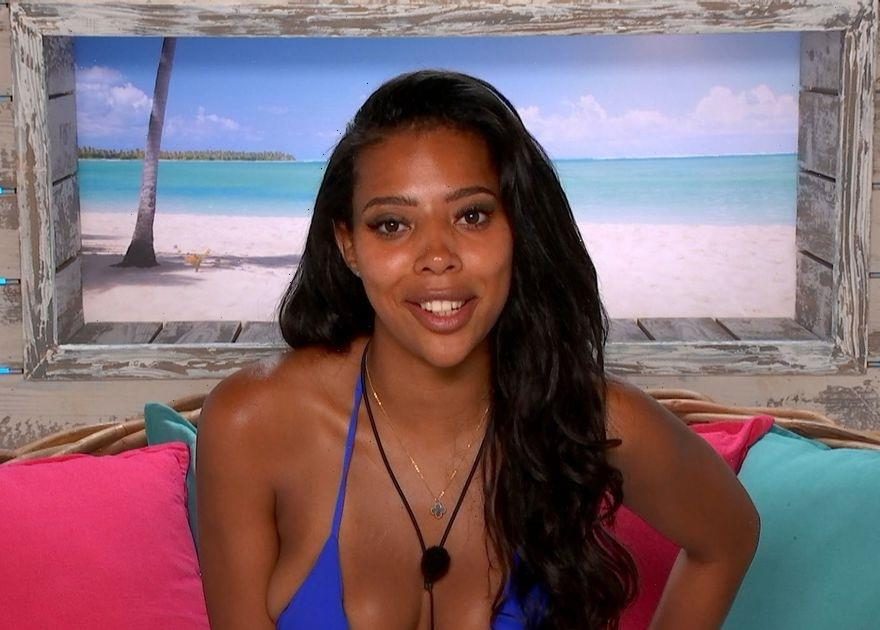 Love Island stars Amber Beckford and Ikenna Ekwonna have been axed from the show.

The pair were sent home in a shock elimination after a viewer vote revealed they are the least popular contestants.

In their first interview, they admitted the snub had left them stunned.

Amber, 24, said: "I was shocked about the dumping in general and was shocked to be going home. It was bittersweet."

Despite flopping with the public, they have no regrets over their time on the ITV2 show.

Ikenna said: "I'd do nothing differently. No regrets at all."

While Amber echoed: "I wouldn’t have done anything differently."

On Monday's the cast of the 2022 show were shocked when they were asked by producers to huddle at the fire pit.

Stars of the programme learnt for the first time that the Great British public had been voting to save their favourites.

This meant that six contestants were left vulnerable and would be at risk of being cast off if they had proved to be least popular with those watching at home.

Ekin-Su and Jay Younger, Tasha Ghouri and Andrew Le Page and also Amber Beckford and Ikenna Ekwonna all found themselves on the chopping block and at risk of eviction from the Spanish villa.

The dramatic twist would seal the fate of one girl and boy – with the episode ending on a cliff hanger as to who's time on the show was over.

This weeks programme got off to a drama-fuelled start as Turkish beauty Ekin-Su clashed horns with nanny Amber.

The pair ended up in a heat-fuelled debate as Amber accused Ekin-Su of being a "game player" and "enjoying the drama".

She told her: "I feel like upstairs, you've been really genuine and we’ve seen a vulnerable side to you.

For more of the latest showbiz news from Daily Star, make sure you sign up for one of our newsletters here.

"But I will add, over the last couple of days I've thought 'Is she playing a bit of a game?'

"I think you're playing a bit of a game and enjoying the drama."

This was met with a fiery response from Ekin-Su who chirped back that Amber was "insecure" in her own relationship.

The friction mounted after Amber took dislike to the way that Ekin-Su had treated her ex TV partner Davide Sanclimenti last week – cheating on him in the villa with the new bombshell Jay Younger.

Love Island airs on ITV2 and ITV Hub at 9pm.