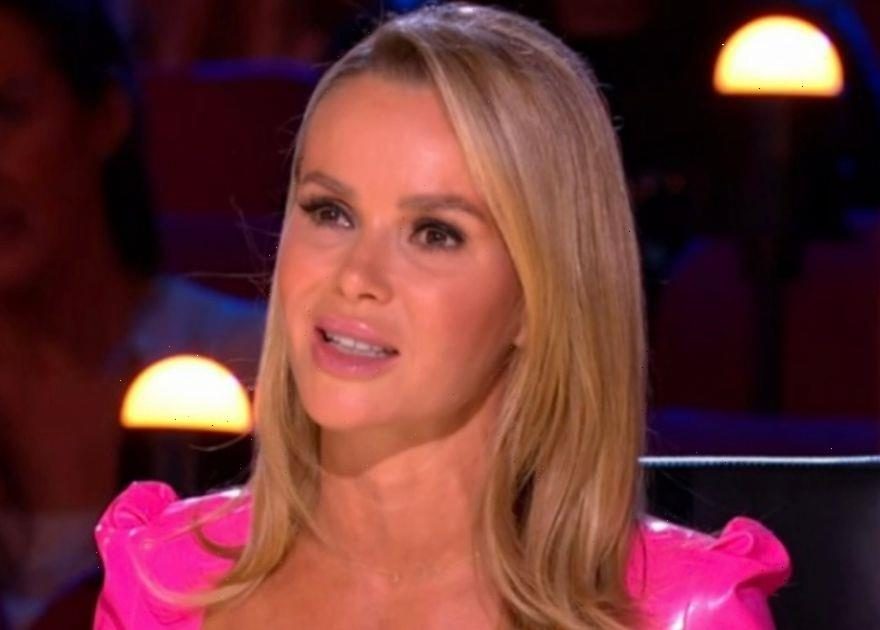 Jimmy Carr took an absolutely brutal swipe at Amanda Holden on BBC's I Can See Your Voice.

The comedian is known for making savage jibes, but he definitely didn't hold back on Saturday's episode (October 15) of the mystery singing show.

It was only minutes into the episode, after host Paddy McGuinness had unveiled the batch of mystery singers, when Jimmy decided to roast his fellow judge Amanda.

Jester Jimmy tricked the audience as he pretended to praise hospital staff for their incredible work over the last two years of the Covid pandemic.

He'd obviously spotted that one of the mystery singers, No Scrubs, was wearing medical scrubs in a playful reference to the hit TLC song.

Jimmy asked the room: "You know, No Scrubs. Would it be appropriate to take a moment to thank the doctors and nurses that have worked tirelessly over the last couple of years?"

The studio erupted in applause before Jimmy took aim at Amanda's appearance, hinting that she'd had a lot of cosmetic surgery done on her face.

He pointed over at the Britain's Got Talent judge and added: "On Amanda's new face…"

The studio was gobsmacked and Paddy was in stitches, but even Amanda saw the funny side of Jimmy's joke as she burst out laughing.

Jimmy then feigned innocence as he asked: "What?", as if to suggest he hadn't just suggested Amanda has tons of facial work done.

This Morning host Alison Hammond was having none of it and jokingly warned him in a stern voice: "Jimmy!"

Ageless beauty Amanda has left many fans wondering how she looks so youthful, and luckily the judge has shared her secrets.

The BGT judge has previously said she quit having Botox in 2012, but has explained she had a £700 facial which keeps her looking young, according to Examiner Live.

The mum claims she looks five years younger because of the new treatment micro-needling.

It's an hour-long beauty process where 24 coated pins to penetrate into the subdermal tissue and coagulate the fat to remodel the face.

Back in 2020 she said in an Instagram post: "I’ve had collagen wave facials to smooth out my skin ever since @nilamholmes made it available at @dermaspa_mk. It has always given me an incredible lift.

"The other week before filming started on the @bgt live shows, Nilam suggested I try a new natural treatment called Morpheus8! The results have been absolutely amazing. I’ve noticed a real plumpness to my skin and it’s much tighter!"