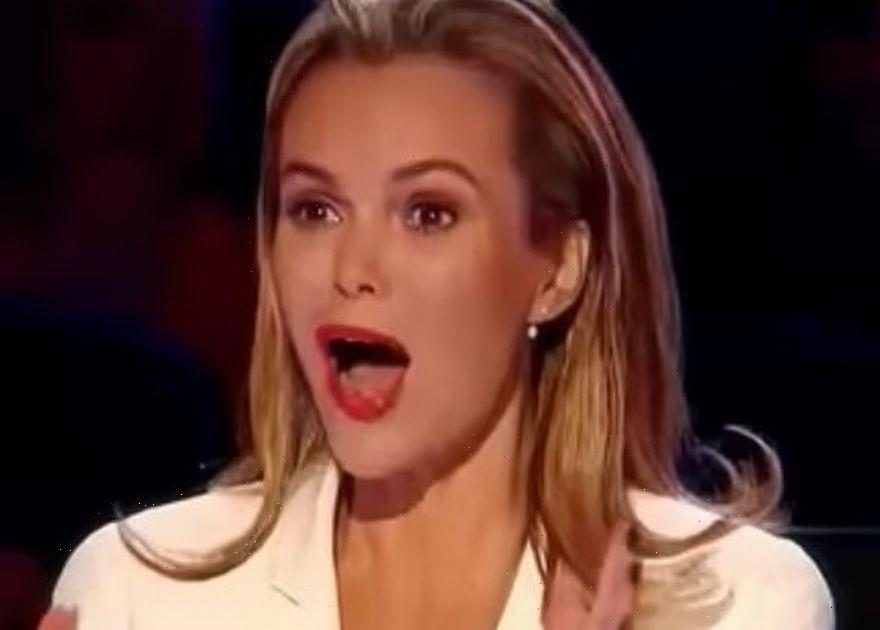 Amanda Holden cried when a contestant performed a beautiful song for his two daughters on Britain's Got Talent.

In fact, Amanda's co-stars Declan Donnelly and fellow judge Alesha Dixon were all wiping away tears during the Yorkshire dad's moving audition.

The hit ITV talent show returned to screens with its hotly-anticipated new series on Saturday (April 16), and it's fair to say it got off to a memorable start.

Yorkshire dad Nick Edwards was in for a huge shock when he was pulled from the audience at an audition and asked to perform for judges Amanda, Alesha, Simon Cowell and David Walliams.

The Doncaster singer, 35, was surprised by his two daughters Savannah and Cali, aged three and four, who appeared on stage dressed in matching outfits.

They were also joined by their grandmother Tracey, who invited Nick onto the stage to sing.

She said: "Well Nick doesn't know anything about it, but we want to surprise him and we want him to come and sing because he sings a lovely song for the girls."

Tracey revealed they had come to the audition to surprise Nick, and that she had to apply to the show on his behalf as he would never have done it himself.

Before he sang, he confessed he was incredibly nervous and emotional as he fought back tears behind his guitar.

He said: "Hopefully I'll keep the nerves and crying away while I do this."

Judge Amanda had suggested Nick go backstage to prepare himself before coming back on stage.

However, he won the hearts of the whole room as soon as he started singing.

Amanda, Alesha and Dec were all in tears, as well as members of the audience.

When it came to the judge's verdict, Amanda admitted her and Alesha were "in bits" after the song, which earned him four 'yes' votes from the panel.

Fans at home were bleary-eyed at the moment too, with one writing: "I’m crying at the man singing to his little girls."

A second said: "Not me crying at Nick singing that song for his girls on #BGT"

A fourth added: "omg he was so good and dec crying literally had me in tears how sweet was that."