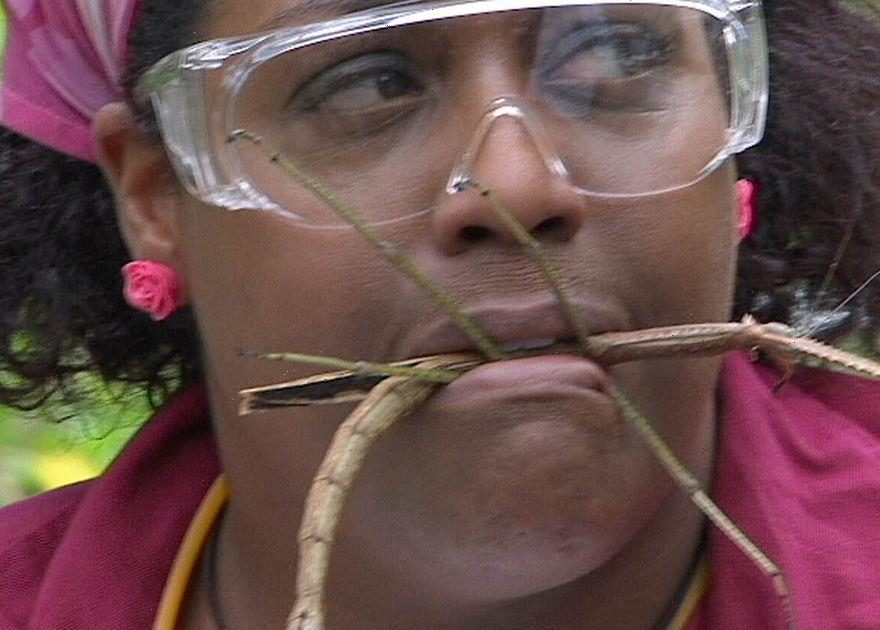 I’m a Celebrity…Get Me Out of Here! icon Alison Hammond has revealed some show secrets that viewers may not have known about the jungle.

Alison, who was a late entry into the camp on the 2010 series, shared how the jungle camp doesn't really feel like the real thing.

Speaking to GKBarry on the Saving Grace podcast, she shared: "You feel like you’re on a camping film set but you can’t see the cameras."

Alison also scuppered this year's jungle celebrities' hopes of getting a tan during the chat.

She spilled: "No you can't [get a tan]. There are trees everywhere and also they've got this canopy for lighting."

READ MORE: I'm A Celebrity star 'pulls plug' on first trial as they 'never got going' after panic

Alison was on the show eight years after she first found fame on Big Brother and was sadly the third contestant to be eliminated during the programme's run. She was in the jungle with Stacey Solomon, Shaun Ryder and Gillian McKeith who brought contraband into the camp.

Alison explained that McKeith had tried to “smuggle a load of salt and seasonings” to “make the rice taste good”.

She continued: “She smuggled them in her pants…in a bag. You know when you’re desperate and [bland rice] is awful, and then she got caught and they too it off us – I was devastated!”

Gillian was one of the show’s most memorable characters and once famously fainted in front of presenters Ant and Dec.

The dramatic scene saw medics called in as the hosts explained to the audience what had happened, but many home viewers thought that she was faking the fall.

One controversial contestant set to ruffle some feathers this year is former Health Secretary Matt Hancock, who has come under fire for his ITV appearance. The Tory party suspended Hancock after the news came to light and figures have predicted that he could be the campmate that has done the most Bushtucker trials ever by the end of the show.

However, it has been reported that Hancock may be exempt from some of the show’s challenges due to his health condition.

He has trench foot, a condition he got while filming for Celebrity SAS: Who Dares Wins, which means he is likely exempt from any challenges involving water.