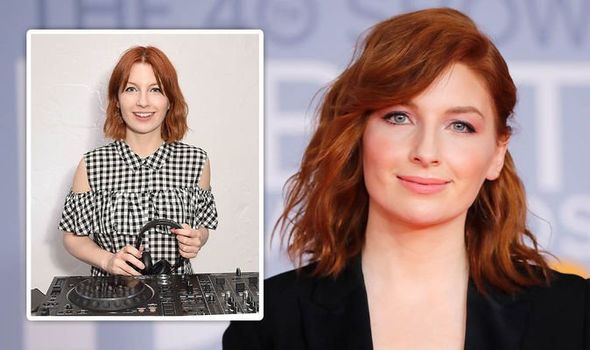 Alice Levine is a British broadcaster and podcast star from Nottinghamshire, England.

People up and down the country will most likely recognise Alice from her role presenting the weekend afternoon show on BBC Radio 1 alongside Dev.

On Wednesday, July 15, Levine announced she was leaving Radio 1 after eight long years.

Express.co.uk has everything you need to know.

Their show replaced the much coveted John Peel slot and was broadcast from 10pm to midnight on Mondays and Thursdays.

She then went on to present a solo weekend show  in 2014 on Radio 1, taking over from Huw Stephens.

Levine hosted the weekend show solo until 2018, before moving to the Radio 1 weekend breakfast show with Dev in 2018.

Dev and Alice were then promoted to the weekend afternoon slot, co-hsoting between 1 and 4pm on Fridays to Sundays.

Today, Levine announced she was leaving the station via her Instagram.

Her full statement reads: ” End of an era.

” I’ve decided it’s the right time for me to hang up the headphones (not a thing) and say goodbye to Radio 1.

It‘s 9 years since I first walked around the old studios at Yalding House and signed up to start piloting for a show. So many big moments have happened since then and I have met friends for life. The team at R1 are the funniest, smartest and most-hardworking. I can’t believe I got to be in the gang for a bit.

Huge thanks to Rhys Hughes who believed I could do a show in the John Peel slot talking about new music even though I said I was mainly listening to Paul Simon and Joni Mitchell (!). To Matt Fincham and Adele Cross who very patiently stood with me whilst I crashed the vocals, pressed the wrong buttons and had a prolonged crisis of confidence in those early off-air days (and beyond!).

Then I somehow managed to bag the very best producers, who shared their immense experience and time – and often their jokes to say as my own!
Let this, my last radio shout out, go to: Stocker, Mel, Tash, Aled, Kate, Ian, Trav, Jenny and Liam. Words can’t do you justice!

With their nurturing, we won a Music Week Best Show Award, we did incredible broadcasts from Glastonbury, the Brits, Big Weekends, sessions at Maida Vale and interviewed some of the most exciting people in movies and music. We’ve also had a dead nice time and hopefully said some things that have made you laugh.

From 10-midnight with Phil, to Weekend PM, then Weekend Breakfast, and now my Fri/Sat/Suns with Dev, I can’t believe how much we’ve packed in…

If you’ve listened to the show or got in touch with one of your amazing stories over the years, I can’t thank you enough. To make jokes all day has just been a gift of a job!