Fans were thrilled to see Alex Jones back on their screens this week on The One Show after taking a break and tonight she was joined by Rylan Clark-Neal. The two welcomed Dr Adam Kay and broadcaster Katie Piper who are both at the heart of a new book and TV show, thanking the NHS during the coronavirus pandemic. However, Alex was forced to step in after she and Rylan were snubbed by Adam.

Alex began: “Our guests tonight are part of a huge campaign to say thank you to NHS workers, which includes a special programme tomorrow night on BBC One.

Rylan quickly asked Adam to explain what the book and show were all about.

Adam explained: “So we have a TV show but first of all it was a book called Dear NHS 100: Stories to say thank you!.

“I wrote to a dream team and everyone said yes amazingly. 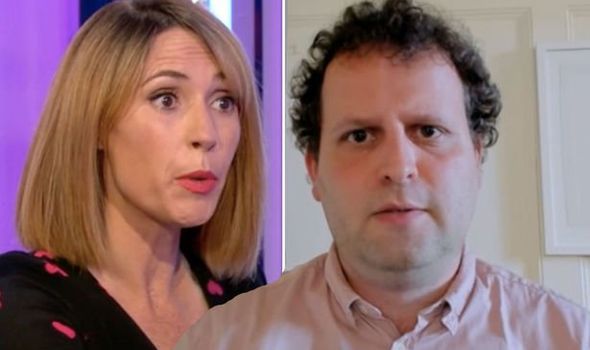 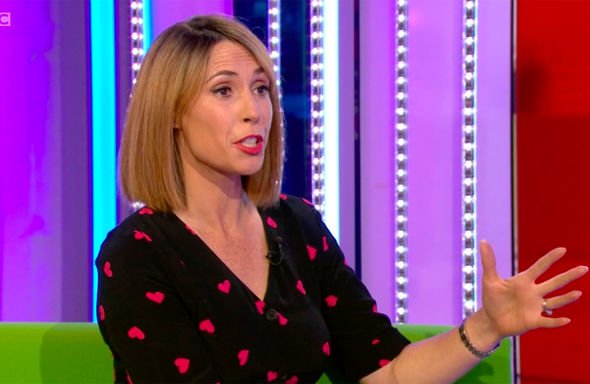 “I asked them to write something personal whether it was short or long about them or their family to say what the NHS means to them to say thank you to the staff going above and beyond and to raise money for charity,” he added. 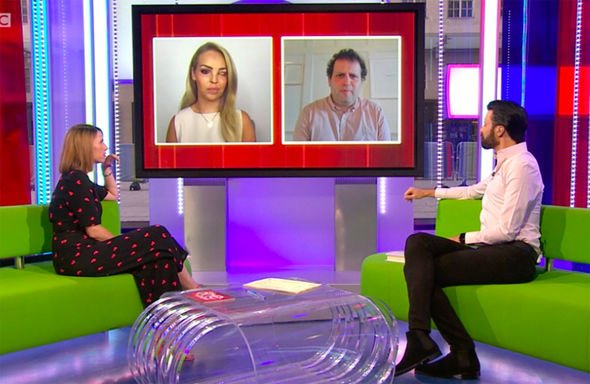 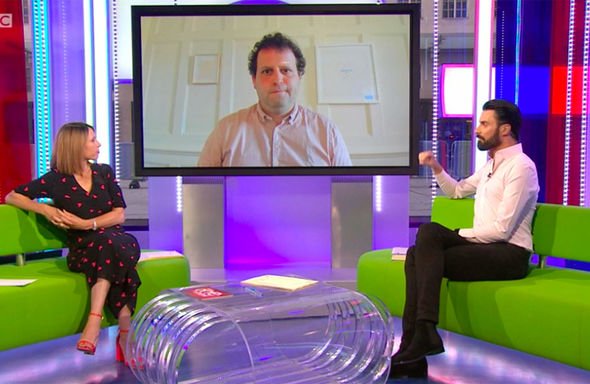 He was quickly interrupted by Alex who said, “It is, it is a really really special book and parts of it are incredibly emotional parts and some when you laugh out loud.”

She stopped and pointed at Rylan: “By the way, we weren’t on the dream team were we?”

Rylan picked up the book he had in front of him and comically searched the back cover.

He said: “No we weren’t, I was just looking at this book there are a lot of names on here.”

Alex laughed making sure they knew she was teasing and said: “No, really it is a wonderful book.”

Alex and Rylan showed a clip of the show which will air tomorrow.

Rylan commented: “Alex and I watched this earlier and we thought it was going to be emotional the whole way through, but the fact there is humour in there as well I think it is really uplifting.

The hosts spoke to Adam throughout the rest of the show and the conversation quickly moved onto subjects of face masks, which will become mandatory in shops come Friday.

There has been a lot of debate over whether or not people should wear a mask at all, but Adam said there wasn’t an excuse not to wear a mask.

He explained: “I wear a mask to protect other people, there is a word about putting other people at risk and that’s “selfishness”.

“There are some who feel they can’t but, it doesn’t affect your oxygen levels, it isn’t dangerous otherwise there would be a lot of surgeons collapsing during operations.”

The One Show airs on BBC One weekdays at 7pm.