ABC News’ World News Tonight with David Muir topped all the networks in evening news viewership for the season that ended last week, and also won the key 25-54 and 18-49 demographic.

The network said that it was the first time in 24 years that it had won in total viewers and the key demo categories.

All of the networks saw ratings gains in their evening newscasts, with a particular uptick at the start of the coronavirus pandemic.

As these things go, all of the networks try to put the best spin on the data (a bit ironic given that they are news divisions) and they had some slight variations in their numbers. CBS News, for instance, said that CBS Evening News grew by 4% in viewers and 1% in adults 25-54 based on gross audience reach, which includes a partial season re-airing of the broadcast at 4 AM.

The overall picture for the evening newscasts was encouraging in that total viewership grew, after being flat a year earlier.

That has continued in the most recent quarter. World News Tonight‘s viewership was up 7% to 8.76 million versus the same period a year earlier; NBC Nightly News increased 4% to 7.48 million and CBS Evening News grew 5% to 5.34 million.

Another way to look at the audiences: They are still larger than that of cable news networks, even though the latter get far more publicity. Last month, the average viewership of the top rated show on cable news, Hannity, averaged 4.7 million viewers, its best month ever. 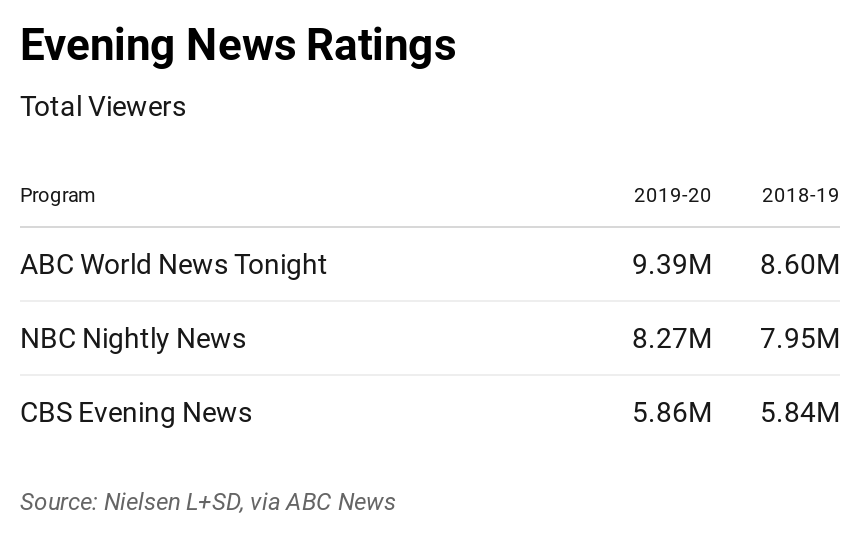 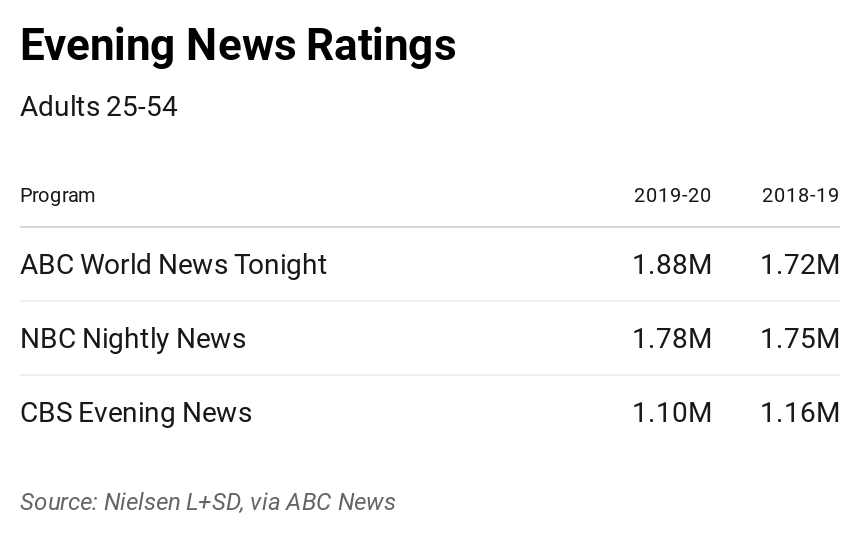 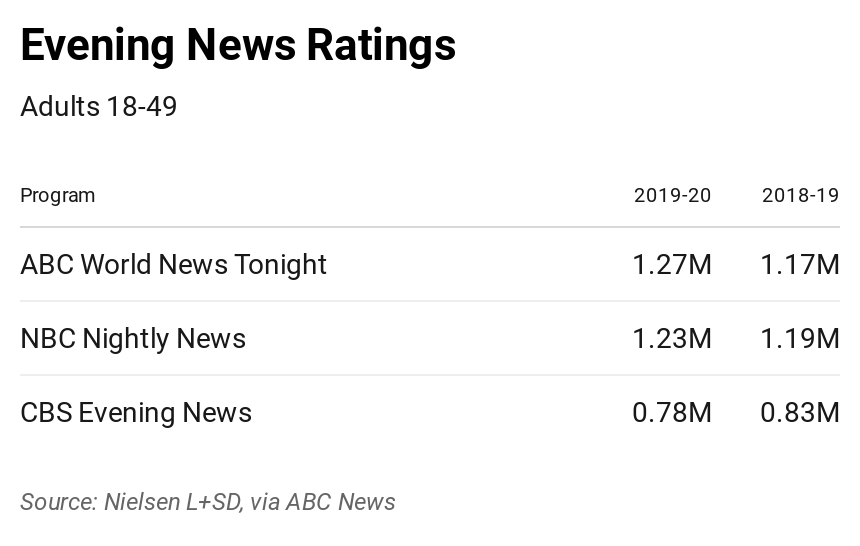